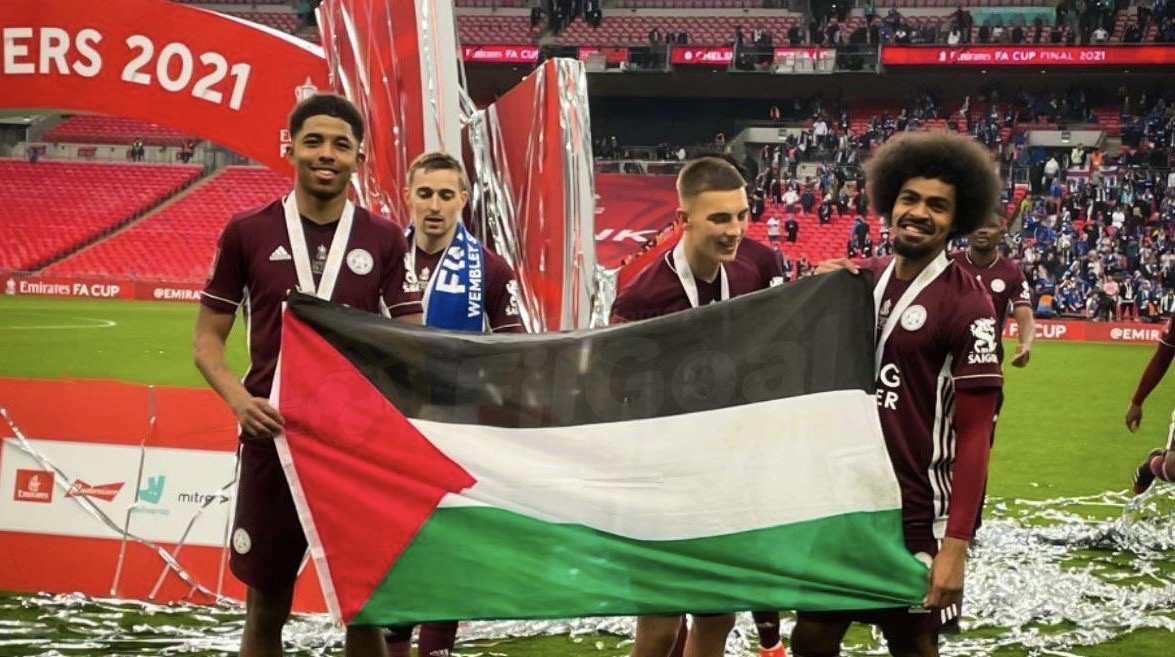 Professional athletes, coaches and sports fans around the world have expressed their support for Palestine in many ways this year, and the call to boycott Puma, which sponsors the Israel Football Association, has made major gains. .

“Active (association and American) soccer players, entire soccer teams, cricketers, basketball players, boxers and others have all taken to social media to courageously show their solidarity with the Palestinians living under the brutal oppression of Israeli apartheid ”, according to the Boycott, Divestment, Sanctions movement.

Palestinian liberation was at the center of the football world this year.

During the opening ceremony of the 2021 Arab Cup matches, held in Qatar in December, supporters burst into joy during the Palestinian national anthem. Throughout the tournament, fans and athletes waved Palestinian flags, especially Algerian players.

After beating Morocco in the quarter-finals, Houcine Benayada told reporters: “We are not playing for any bonus, we are playing for these two flags. [Algeria and Palestine]. “This was particularly important, as Morocco established diplomatic relations with Israel last year.

In May, Israel bombed Gaza, killing more than 247 Palestinians, including 66 children, Zionists carried out ethnic cleansing in Sheikh Jarrah in occupied East Jerusalem, and Palestinian protesters were violently suppressed and arrested across the occupied West Bank and in present-day Israel. Many in the sports world have expressed their outrage.

Turkish teams of Fenerbahce and Demir Grup Sivasspor wore t-shirts with Palestinian and Turkish flags and a message with “Free Palestine” before facing off in Istanbul.

Scottish and Irish football fans have a long history of support

Celtic, a Glasgow-based football club with strong Irish immigrant roots, has a fan group known for its solidarity with Palestine: the Green Brigade.

The Green Brigade covered its section of Celtic Park with Palestinian flags, banners and placards ahead of a game on May 12. A sign paid tribute to the late Salah Ajarma who helped launch the Aida Celtic Football Club, which is young Palestinian footballers who are refugees and internationally supported by the Green Brigade. Before the May 12 game, activists from the Palestine Alliance distributed flags and leaflets explaining the Nakba.

Olympians gave up lifelong dream to stand by Palestine

Two Olympic athletes refused to compete against an Israeli opponent at the Tokyo Olympics this summer. This heroic demonstration of solidarity cost the Algerian judoka Fethi Nourine dear. For refusing to compete against an Israeli, Nourine and her trainer were sent home and banned for 10 years by the International Judo Federation, thus ending Nourine’s career. Sudanese judoka Mohamed Abdalrasool withdrew from the Olympics ahead of his match against the same Israeli opponent.

Puma’s boycott campaign has also garnered massive support this year. The campaign, launched by more than 200 Palestinian sports teams, calls on teams and supporters to boycott Israel and Puma, the German sportswear company that sponsors the Israel Football Association.

In November, activists from Oceania, Asia, Europe and North America handed over 120,000 signatures to PUMA urging the company to end its partnership with Israeli apartheid.

On September 18, Palestinian supporters and sports fans from over 50 cities across six continents took part in the #BoycottPUMA Global Day of Action. Demonstrations took place at PUMA offices, PUMA brand stores and retailers. Letters were given to store managers and leaflets distributed to customers.

In response to this campaign, many sports associations have abandoned Puma, including Malaysia’s largest university. Qatar Sports Club announced on June 1 that they would not be renewing their contract with Puma.

The rising tide of support for Palestinian liberation shines through various avenues in the global athletics industry. Sports boycotts have helped undermine the legitimacy of the South African apartheid regime. Time will tell their impact on the fall of Israeli apartheid as well.