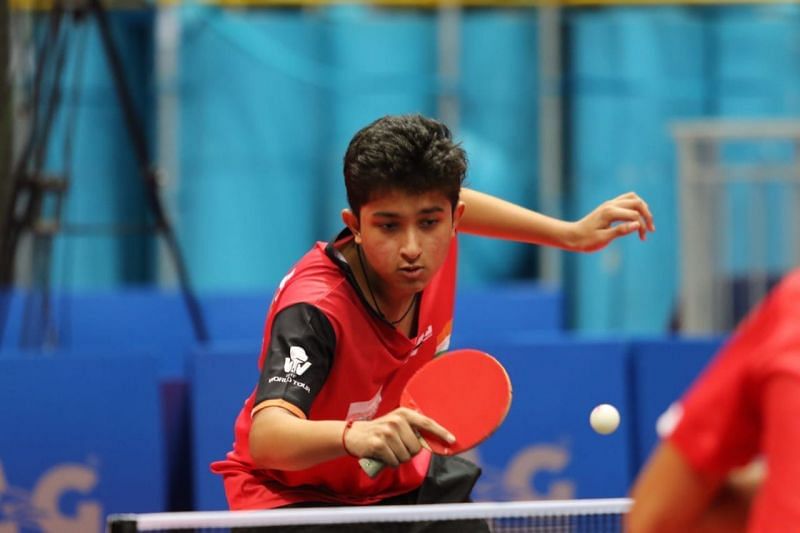 Abhinand lost to compatriot Ankur Bhattacharjee 0-3 (15-17, 5-11, 7-11) in the semifinals and finished with a bronze medal. This is his second bronze medal since winning the first WTT Contender table tennis tournament in Tunisia last month.

Ankur Bhattacharjee won the silver medal after losing 2-3 to Kazakhstan’s Alan Kurmangaliyev in the final.

Abhinand was on the back of a stellar race in the Tamil Nadu State Ranking Table Tennis Tournament, held earlier this month. The table tennis player triumphed in the U-15 and U-17 categories while he finished second in the U-19 category.

â€œAdaptability is Abhinand’s greatest strength. His fighting spirit never lets him down. He knows how to adapt to circumstances and his attacking game is his greatest weapon.

During the WTT Contender table tennis tournament in Muscat, Subin Kumar made sure to keep in touch with Abhinand on mobile and WhatsApp to help him with his game.

â€œWe talked before and after his matches. Before his matches, I talk to him, motivate him and remind him of his strengths. We also analyze the opponent’s play and prepare a strategy around it. After the game Abhinand explains to me how it went and we talk about all the mistakes and mistakes he made during the game.

Subin Kumar is sure that his parish will soon reach greater heights. Abhinand will be in action at the National Ranking Table Tennis Tournament in Chandigarh for his next assignment. He will participate in the U-19 category. Subin Kumar said:

â€œAge is Abhinand’s biggest advantage. He can climb the ranks quickly because he adapts very quickly and changes his style of play.

Following the nationally ranked table tennis tournament, Abhinand will play another tournament in Mohali before returning to the WTT circuit with a tournament in Hungary.