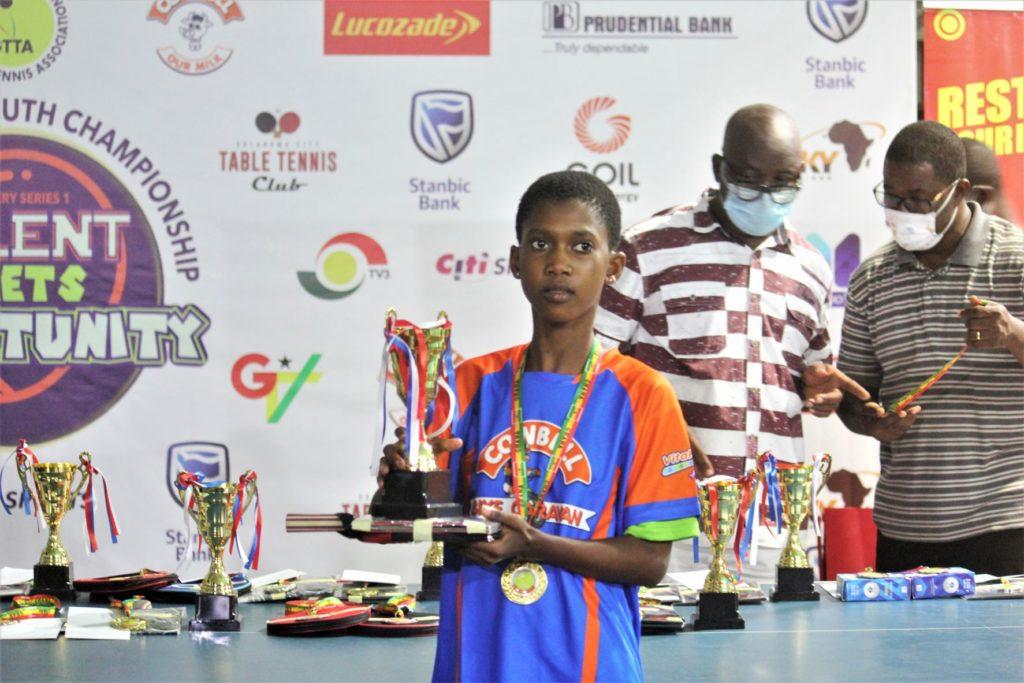 He beat Desmond Osei in the final match to be crowned champion at the end of the competition designed for U-11, U-15, U-18 and U-21 men and women.

In the Under-11 boys’ finals between Frank Aduhene and Israel Aklie, Frank won by straight sets to one against Aklie, while Juanita Borteley of Nungua beat Jessica Dzrah by 3-1 to be crowned the winner.

Francis Antwi won the Under-18 Boys after beating James Yeboah by three-to-one sets in the final match, while Judith Acheampong also won by beating Diana Opoku.

The winners received cash prizes, medals, trophies and memorabilia from the Ghana Table Tennis Association and their sponsors.

the championship was held to prepare and organize the players for future tournaments and also to seek worthy players for national teams from all over the country to meet and show their talents and what they are made of.

Indian paratroopers excluded from Asian competition due to late entries