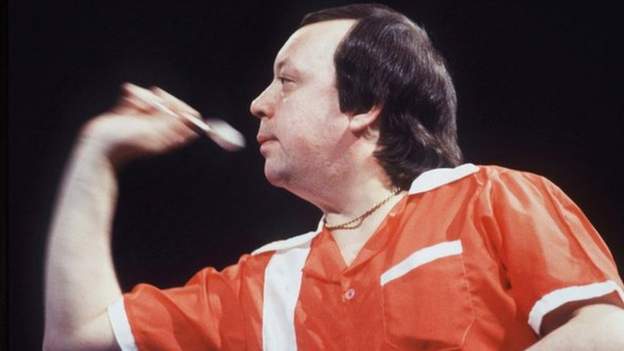 Alan Evans: The Life and Career of the Godfather of Darts

Wales are once again at the top of the darting world.

World champion in 2021 and current world number one, Gerwyn Price hails from Markham and Jonny Clayton from Pontyberem won four major TV titles last year, including the Premier League on his debut.

But it was players like Alan ‘The Arrow’ Evans, one of the sport’s early superstars and pioneers, who originally put Wales on the stinger map and paved the way for a new generation of players professionals.

“The modern darts player wouldn’t say what I’m going to say,” said Bobby George, who won the News of the World Darts Championship twice and was a good friend of Evans.

“But what Alan did, he set it up and all darts players if they can do it for a living and be a professional, you have to do it like Alan did.”

Born in Ferndale in the Rhondda Valley, Evans was raised at the Ferndale Hotel, run by his parents, and where he first discovered his love of darts.

Darts wasn’t the only sport Evans played though, he also enjoyed boxing and table tennis.

However, football was his primary sport but his dreams of playing for Cardiff City were dashed when he was hampered by rheumatic fever in his left knee during club trials.

Tungsten arrows soon replaced football as his main passion and he began to earn a very good living from his talents on the oche.

He became one of the first players to appear on television when he reached the final of the 1972 News of the World Championships.

There were 12,000 fans in the audience at London’s Alexandra Palace and seven million more on television.

In 1973, The Indoor League series burst onto television, created and produced by legendary darts commentator Sid Waddell, featuring the best players from pubs and clubs across Britain.

Evans was one of the first to appear on the show and in his semi-final match against fellow Welshman Tony Ridler he became the first male player to score a 180 on television.

Although he never won an indoor title, his popularity grew thanks to his effortless throw and natural showmanship.

After winning the inaugural British Open and World Masters in 1975, the lure of high-profile darts saw Evans hit the road and leave South Wales for Stockport – the center of a huge darts scene.

Based at the Midland Hotel, where Daimler Sovereign would drop him off for match practice, Evans would travel around the area, playing exhibition matches to packed houses for large sums of money.

His wife Jean will even participate in exhibitions as a player.

Before the advent of the PDC Premier League, where fans can see the world’s best players compete each week across the country in arenas, club shows and worker pubs were the way to go.

George said: “Evans realized that it wasn’t worth paying out of pocket to win a trophy, to get world ranking points or to say, ‘I won the Swedish Open’ and they would give you a bouquet of flowers.”

Top prizes at the time could be £1,000, but Evans could make more money from exhibition matches than going on the tour.

Adding a sense of professionalism and glamour, he showed up to matches with a full tour, including an electric scoreboard, his own referee and announcer.

Evans took pride in his appearance and introduced showbiz to the world of darts.

He would visit local hairdressers to have his hair styled and dry his hair before going to each exhibition.

He walked the oche in gray or cream trousers, with his lucky red shirt, sometimes wearing a badge that read “Proud to be Welsh” and with a leek in his hand.

This showbiz personality and his flamboyant style helped propel him to stardom and rub shoulders with George Best, Tom Jones and Muhammad Ali.

Evans even played a match against Ali in 1977 at South Shields, and despite playing with a huge handicap which meant he could only hit triples, he was beaten by the boxer who hit the bullseye to win the match and declared himself ‘The darts champion of the world’.

Evans could be skittish on the oche and had a famous rivalry with Eric Bristow, the two players apparently hated each other.

It came to a head at the 1979 BDO World Darts Championship in Stoke-on-Trent, when Evans beat Bristow 3-1 in the quarter-finals.

Evans sensed that the young Englishman was deliberately puffing smoke from his cigarette to dissuade him from playing and Evans, who did not like to smoke, injured himself and ended up headbutting Bristow.

Evans was then banned and Bristow received a slap on the wrist.

Evans wasn’t the only Welshman at the top of the game, Leighton ‘Marathon Man’ Rees of Ynysybwl – just 10 miles above Evans Mountain – was a good friend.

They went everywhere together and sometimes even shared their winnings.

The proud Welshman Evans captained Wales and was the first player to reach 50 caps for his country.

However, Evans was part of the Wales team that won the first ever World Darts Cup, hosted by the World Darts Federation in 1977, alongside his good friend Rees.

After returning to Barry in South Wales to reconnect with his roots, poor health plagued Evans and he retired from touring due to kidney problems in 1988.

He made a return to the stage in 1997, competing in the “Battle of Champions” against former rival Bristow in what would be Evans’ final television appearance.

He eventually lost 3-0, later claiming nerves had gotten to him as it had been nine years since he had competed on television.

Sadly his health deteriorated and Evans watched his beloved Wales beat England 32-31 in that iconic game at Wembley in 1999 from his hospital bed, passing away peacefully the following morning at the only 49 years old.

His legacy lives on in the sport and for the players who grace the oche today.

“It was the first,” George said.

“Taking darts out of a pub and showing what you can do with it, the entertainment it gives.”

Six-time World Championship runner-up Tony O’Shea worked for Evans as a chalker and roadie during his exhibitions.

“He had the most beautiful action, so smooth, his throw was perfect and I loved watching him play.”

‘Legends of Welsh Sport: Alan Evans’ airs on BBC One Wales on Wednesday 23 February at 21:30 GMT.

The Tall Blacks on their way to the World Cup