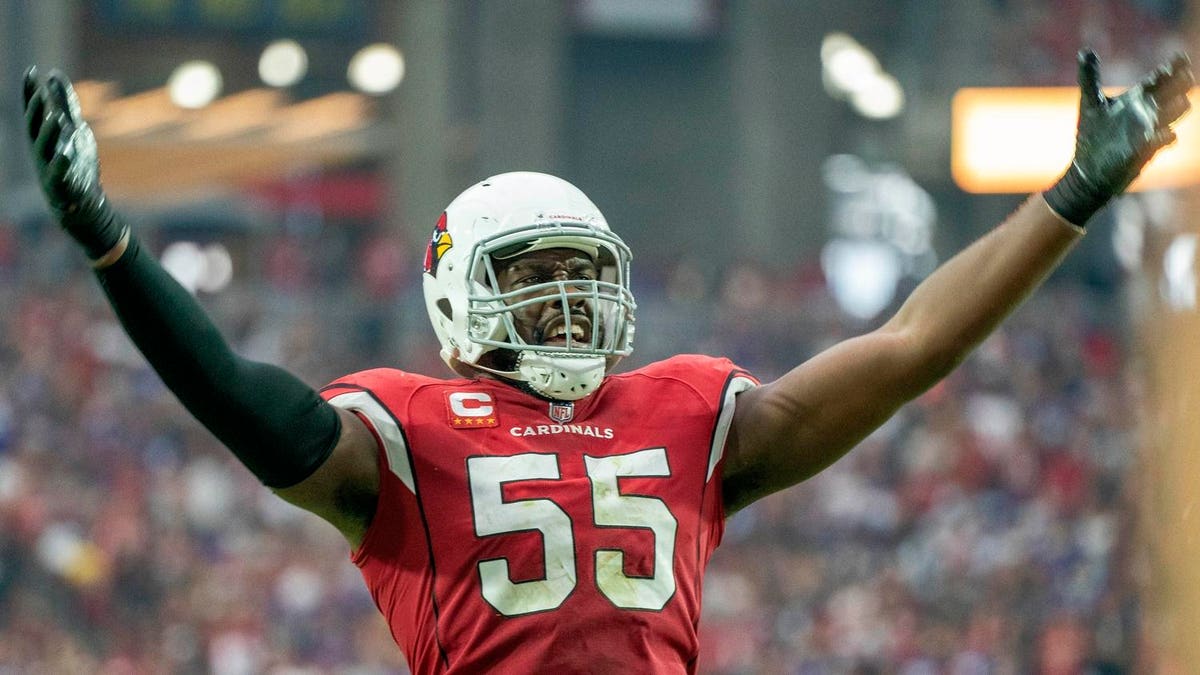 Jones played with one hand on the opposing quarterback and the other on general manager Steve Keim’s wallet.

Jones, who made noise about seeking a new contract and was considered a potential no-show before eventually joining the Cardinals for training camp last summer, made it clear with his early play that he deserved to be paid at market value.

Like Rod Tidwell said in “Jerry Maguire”, show me the money.

Jones has five NFL-leading sacks, all in a 38-13 win over Tennessee in Week 1, and he’s tied for the league lead with two forced fumbles as the Cardinals bring a record 2-0 and a share of the NFC West lead. in their game in Jacksonville on Sunday.

Jones’ five sacks tied a franchise game record set by Haason Reddick, and they returned to his first game after a bicep tendon injury forced him to miss the final 11 games of 2020. Jones had 19 sacks in 2019, threatening Michael Strahan’s league record. of 22 1/2, but played only one complete game of four and part of a fifth last year.

Against that backdrop, the Cardinals offered Jones a $14 million contract for 2022 with an incentive bonus of $1.5 million for getting 15 sacks in the offseason, according to reports. When that was denied, the team settled for letting Jones play the final year of the five-year, $82 million contract he signed after being acquired from New England ahead of the 2017 season.

Joey Bosa of the Los Angeles Chargers ($27 million), Myles Garrett of the Cleveland Browns ($25 million), Khalil Mack of the Chicago Bears ($23.5 million) and Demarcus Lawrence of the Dallas Cowboys ($21 million) complete the top five. Watt has three sacks this season. Bosa and Garrett have one each

Jones is one of a handful of top players, including Green Bay wide receiver Davante Adams, Denver linebacker Von Miller and Kansas City (and former Cardinals) safety Tyrann Mathieu, who are in the finals of their contract. Miller has three sacks this season.

Although there have been no outward signs of negotiations resuming during the season, the Cardinals know what they have.

“We are not here to move on and get rid of good football players.” Keim told a Phoenix radio station after the Tennessee game.

If the Cardinals choose to give Jones the franchise designation next season, the expected price tag would be around $25 million.

Jones had three of his five sacks at Tennessee in the first quarter, and the third was the 100th of his career. He is the eighth player in league history to reach 100 sacks in his first 125 games. Denver’s Miller and new teammate JJ Watt are the only other active players on this list.

“I got my ass killed today, no way around it,” Lewan wrote after the game. “I let the team and the fans down. Thank you @chanjones55 for exposing me. It will only force me to improve.

Jones’ resume also includes nine quarterback hits and several other devastating hits, including a runout on Minnesota running back Dalvin Cook in a 34-33 win last week. Jones knocked Cook down after an incomplete pass to the left flat late in the third quarter, among a series of Cardinals hits that sent Cook three times to the Vikings sideline and once to the medical tent.

“He was unblockable for most of training camp to the point where it’s like, ‘Hey, we can only pass when he’s offside,'” Cardinals coach Kliff Kingsbury said.