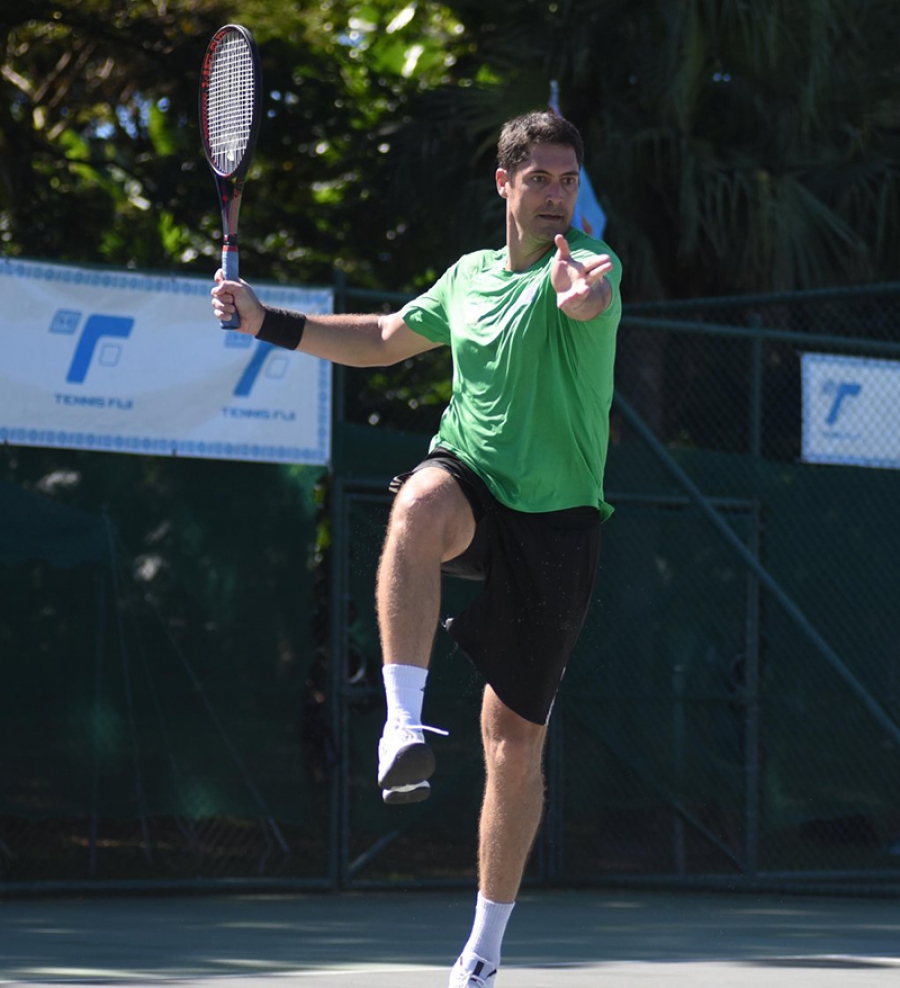 
The tournament to be held next week was originally scheduled for Vietnam in June but has been postponed due to Covid-19.

Last week, Rarotonga-based Baudinet was unsure whether to attend, but confirmed yesterday that he will attend the prestigious event.

However, he may not be the team’s captain after Oceania Tennis co-general manager Richard Breen was named team captain following uncertainty surrounding Baudinet’s participation. .

“I will be leaving the country this Thursday and after spending a night in Auckland, I will fly to Doha and then to Jordan,” Baudinet said.

The decision to participate in the event was not an easy one. The most experienced – and most successful – Oceania Pacific player, who made his debut in 2000, may not be able to return home until next year.

Baudinet is still trying to get a good MIQ in Auckland, so he can return home after the competition, while his wife is also due to give birth to their second child next month in the United States.

He also has a number of businesses to run in Rarotonga, including a new operation in Avarua Township.

“At the end of the day, it’s about representing our country and playing the Davis Cup, which is a huge honor for me. I would never want to give up the opportunity to play in the Davis Cup, so I decided to take the plunge and go play, ”said Baudinet.

After the tournament, he will join his wife Maya in the United States for the birth of their second child.

“We can’t get MIQ space, we’ll have to wait until they have space and it will be in a few months. We are looking at a minimum of four months.

“I think there are a lot of people who are worried about traveling and with the whole team getting vaccinated we have to start looking at how we can start living in this world with Covid around us. We must now find ways to continue living. “

Pacific Games singles champion Colin Sinclair of the Northern Mariana Islands has competed in Europe for much of the year and will be the team’s number one in Jordan.

However, second place is up for grabs after the man he beat in the gold medal match, Matthew Stubbings of Papua New Guinea, had to retire.

Stubbings has been replaced by Heimanarii Lai San of Tahiti, who, along with Clement Mainguy of Vanuatu, will come from the University of the United States to make his senior Davis Cup debut.

Last season’s competition was called off due to Covid-19 and Baudinet said they were eager to represent the Pacific again.

“Pretty excited obviously because we were all pretty disappointed to miss last year,” he said.

“Naturally with Covid that just brought this to an end, so we’re delighted that even though Vietnam hasn’t made any progress this year, we’re still moving forward in Jordan and we’re all looking forward to getting out there from. so exciting way. “

Even with the pandemic causing so much disruption, confidence was high.

“I actually think that with the difficulty of Covid, we are not the only country that is really going to have these difficulties,” Baudinet said.

“I think that can present us with a good opportunity here where some of the other teams might not be as strong as they could have been and I’m pretty confident that with our team this year we’re going to be in a solid position to have a good race in the top two so that we can move on to group two this year.

The Oceania Pacific team is due to arrive in Jordan this Sunday, three days before the start of the competition.