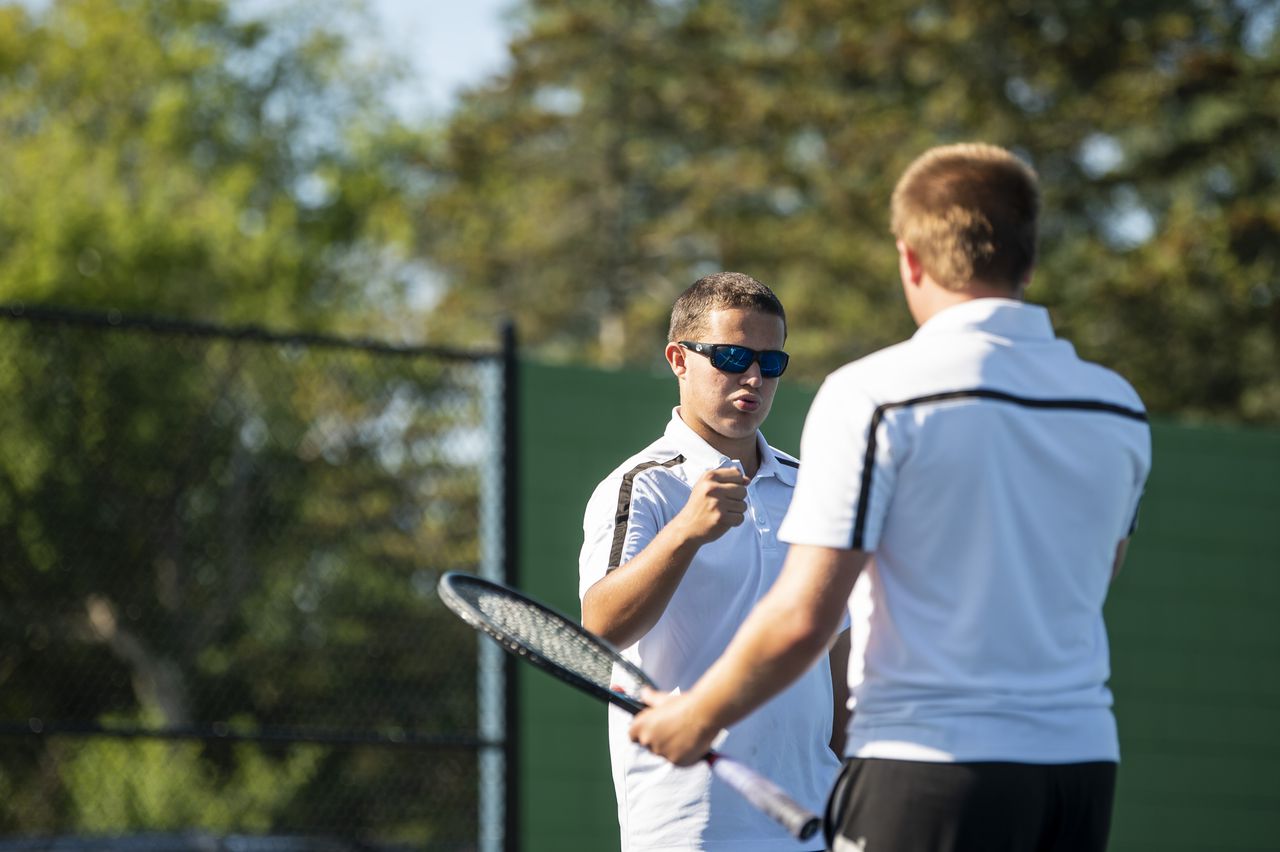 BAY CITY, MI – The Bay City Western tennis team knew that some kind of unexpected challenge was about to arise.

The Warriors weren’t sure exactly what it would be like, so they made sure they were ready for anything at the Bay County Tennis Championship.

If there’s anything they’ve learned in four years of tennis, a heart-wrenching loss a year ago – and a year and a half of battling a global pandemic – it’s how to deal with the curved balls being thrown. in their direction.

â€œWe’re talking about dealing with adversity,â€ Western coach Mike Rohde said. â€œI told them ‘You’re going to have to fight something. (Defending Champion Essexville) Garber isn’t just going to hand you the trophy because you’re seniors. It’s so satisfying to watch them fight through whatever has gotten in their way.

â€œWhether it’s internal or external, you’re going to have to face adversity. If you take it with you, it will weigh you down. We must therefore learn to face it. And if you can overcome adversity on the tennis court and in the classroom, chances are you will do well in life.

Despite losing his No.3 singles player to illness in the opening game of the day – and a constant on-field challenge from John Glenn (13), Garber (11) and Bay City Central (7) – the Warriors (17) were eliminated. obstacles to win the tournament crown.

It was the program’s first Bay County title since 2017 and ended a three-year title led by Garber. The Warriors have made it through adversity with a straightforward approach.

Western has been working on this approach all season, taking everything in stride and continuing to fight. In the top-down world of a tennis match, this is an imperative skill.

â€œThere are games where you’re going to fall behind,â€ Western senior Tyler Smith said. â€œBut you’ve got to stick with it and fight through it. We were late against John Glenn, but then we won 10 games in a row to win the game.

â€œIf you stick with it, you can build up a little momentum and that changes everything. The same can happen the other way around. If you let things bother you, it can snowball.

The Warriors were there all day at Jopke Courts, where they led the table in doubles matches. Smith and VanDenBoom won the No.1 doubles flight for the second year in a row to set the tone. No.2 Jeremy VanDenBoom and Noah Kuenker, No.3 Jack Rosenbrock and Drew Holman, and No.4 Matthew Smith and Riley McKeon have all emerged as flying champions.

Western added a title on the John Glenn singles courts as No.2 Isaac Boks won. It was a significant improvement for the Warriors, who scored zero team points in singles a year ago and finished just two points from the title.

That left a bitter taste in the mouths of the six players who returned as seniors this year, still chasing their first Bay County trophy.

â€œWe did everything we could, but we just couldn’t do it last year,â€ said VanDenBoom. â€œWe were able to do it and do it this year – and we had a blast doing it. “

Now the Warriors are marking that accomplishment on their checklist and joining the 2003, 2012, 2013, and 2017 Western teams among the Bay County Champions.

â€œSince they got here it’s been on their radar,â€ Rohde said. â€œI’m super happy that the seniors can come out this way. “

Glenn tried to win his first title in Bay County, but settled for second, four points behind Western. Glenn shined in singles, winning the flying championships with No.1 Jack Dwan, No.3 Alex Braden and No.4 Noah Kowalski.

Kowalski shared the No. 4 singles title with Bryce Talaga of Garber and Conor Warren of Central as the line finished 2-1 on round robin day.

Champions of all time