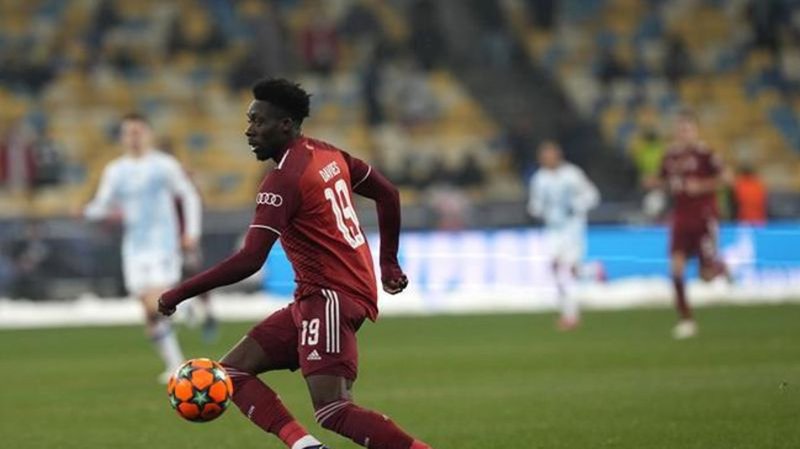 Bayern said on January 5 that the speedy full-back had joined a long list of players who had tested positive for COVID, adding that Davies was doing well and self-isolating at home.

Davies was back in training a week later but his return was put on hold, with Bayern reporting on January 14 that tests showed the Canadian was suffering from signs of heart muscle inflammation. Myocarditis is a mild and temporary condition in the vast majority of cases, experts say.

Davies’ myocarditis was detected during the follow-up examination that all players who have had COVID undergo.

Davies watched from afar as Canada continued its march towards Qatar 2022 with recent World Cup qualifying victories over Honduras, USA and El Salvador.

The Canadians, who top the CONCACAF qualifying standings with a 7-0-4 record, will wrap up qualifying with three matches next month: in Costa Rica on March 23, at home to Jamaica on March 26 and in Panama. March 29.

Davies earned 35 caps for Canada with 10 goals and 15 assists.

The top three teams from CONCACAF’s eight-team round robin will represent North and Central America and the Caribbean at Qatar 2022. The fourth-placed team will face a country from Oceania in an intercontinental playoff to see who joins them .

Considered one of the best left-backs in the world for his pace and attacking flair, Davies plays in a more attacking position for Canada.

This report from The Canadian Press was first published on February 13, 2022

Fellow Spaniards Muguruza and Badosa vie for glory in Dubai