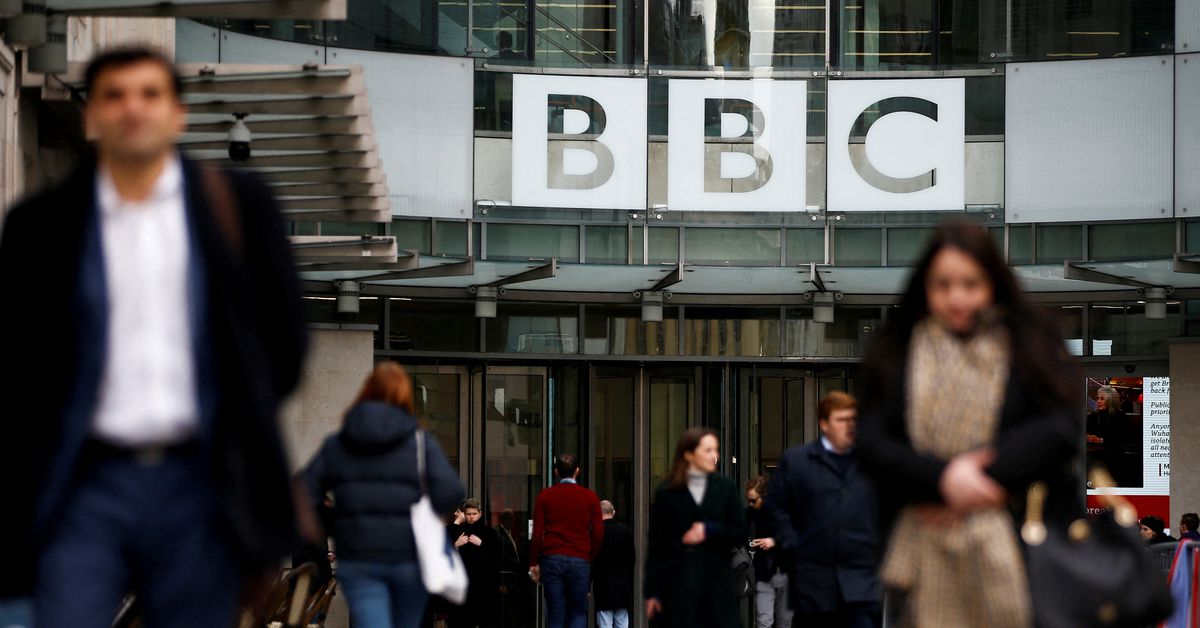 May 24 (Reuters) – The BBC has apologized to viewers after the headline ‘Manchester United are rubbish’ appeared on its ticker during a newscast broadcast on Tuesday.

The title appeared at the bottom of the screen during a report on the French tennis championship.

Television critic and broadcaster Scott Bryan, who works for the BBC, noticed the gaffe and posted a clip on Twitter which immediately went viral.

BBC presenter Annita McVeigh later apologized on air and explained that the title was written when someone was learning to use the ticker.

“Some of you may have noticed something quite unusual on the ticker that runs along the bottom of the screen with news commenting on Manchester United. I hope Manchester United fans don’t weren’t offended,” she said.

“Let me explain what was going on: behind the scenes, someone was training to learn how to use the ticker and how to put text on the ticker. So they were just writing random things, not seriously, and this comment popped up.

“So excuse me if you saw this and were offended and you’re a Manchester United fan. But it was definitely a mistake and it wasn’t supposed to appear on screen.”

United endured a torrid campaign, finishing sixth in the table with 58 points – their lowest level in the Premier League era.

Reporting by Rohith Nair in Bengaluru; Editing by Ken Ferris