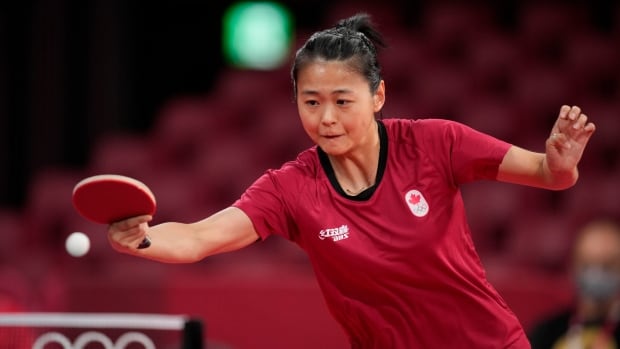 Despite an initial 3-1 loss to the United States, the Canadians managed to bounce back and claim three straight wins en route to a berth in the final.

Despite suffering a difficult 3-1 loss to Brazil in the final, the result meant the team had secured their ticket to the 2022 World Team Championships in Chengdu, China.

â€œThe team competition this time was nerve-racking but exciting as we all wanted to do our best and knew that places at the 2022 World Championships were on the line,â€ said Liao, who also qualified for the Championships. quarter-finals for women. singles earlier in the competition.

â€œFor the women, it was the first time that the five of us [four athletes andÂ aÂ coach] were working together, so it took us a little while to figure out our preferred styles of communication and teamwork, but it certainly helped that we had already been competing in Peru for a few days. “

On the men’s side, Canadians Matteo Martin, Edward Ly, Eugene Wang and Hongtao Chen finished fifth, which was also sufficient qualification for the 2022 world team championships.

The next stop for Canada will be the 2021 International Table Tennis Federation World Table Tennis Championships in Houston, Texas, which runs November 23-29.

Zhang, of Vancouver, will compete in the women’s singles event, as well as the women’s doubles with Joyce Xu of Toronto, and the mixed doubles competition with Wang, also of Toronto.

Canadian table tennis player Jeremy Hazin, 21, sits down to discuss his first Olympic appearance in Tokyo, his state of mind heading into the 2021 World Table Tennis Championships and the The unique student-athletic balance of being a rising Canadian table tennis star who has studied for college exams between tournaments. 5:55