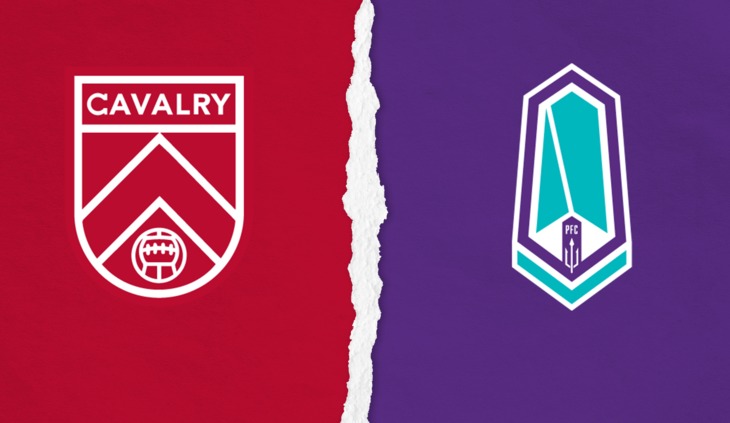 There is perhaps no better dress rehearsal of the playoffs for Cavalry FC than the one awaiting them on Saturday at Spruce Meadows.

They’ll be stepping onto the same field, against the same Pacific FC team that heartbreakingly eliminated them in last year’s playoffs. If there was a perfect opportunity to try and mend some of the wounds of the past heading into the playoffs, it’s getting closer.

“For our fans coming in, for the players who will be involved tomorrow, it’s a very good precursor for two teams that will be in the playoffs and will try to fight to lift the trophy,” said the head coach of the Cavalry FC, Tommy Wheeldon Jr.

The Cavalry enter the game in high spirits after a thrilling 2-1 playoff win over Valor last weekend. The win later also secured a playoff berth for Pacific and eliminated the Winnipeg team.

They will be looking to avenge a 3-0 loss when the two sides last met in July. Cavalry however won the only meeting with Pacific at Spruce Meadows this season, which came back on May 1 in their home opener. A win could see the Cavalry finish second, should Forge drop points, while a loss or even a draw makes fourth place likely.

After being below the playoff line as recently as Sept. 27, Pacific entered this game in great shape. Wednesday’s win over Forge FC in Hamilton was their third straight win and clean sheet, as well as their fifth straight game unbeaten.

The defending playoff champions could also add a 2022 regular-season championship to their cabinet if they win on Saturday. If they manage to collect the three points, they will need Atlético Ottawa to drop points at home to York on Sunday in order to finish top of the standings.

It all boils down to this 🏆

The scenarios that will determine which team will finish at the top of the 2022 ranking ⬇️#CPLCan | ✍️: @mitchelltierney

After a year in which his team suffered several serious injuries, Wheeldon Jr. enters this game with a wealth of options at his disposal. Sergio Camargo remains the only missing player for his team, but even he could be back for the semi-finals.

On the Pacific side, Djenairo Daniels and Gianni Dos Santos remain out of the roster with minor injuries. However, both will be back and fully available for the semi-finals.

“We want to finish with maximum points, we want to finish as high as possible, and that’s our mentality going into tomorrow’s game.” — Pacific FC head coach James Merriman