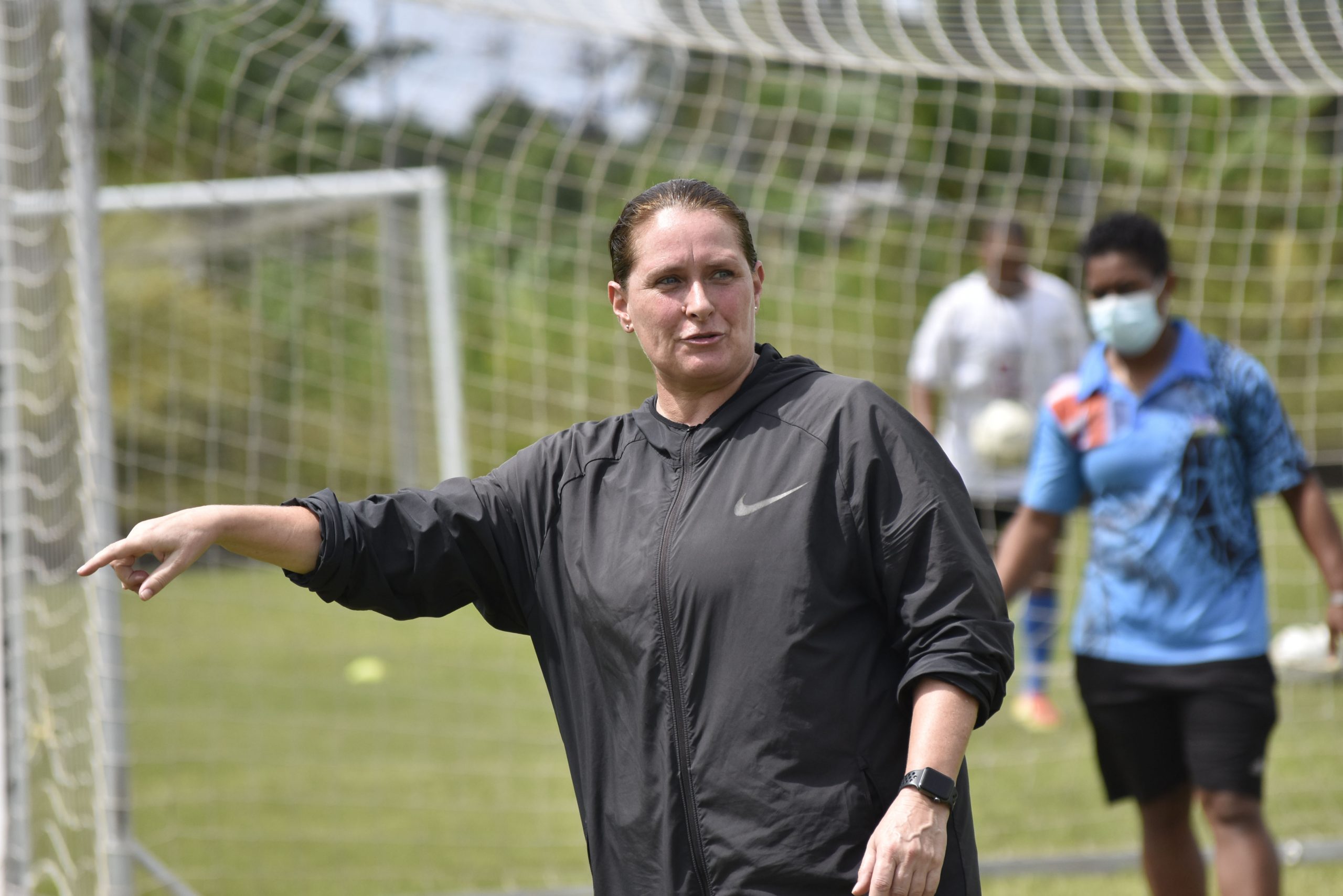 Cole on Fiji WNT: “A real opportunity to make history with the group”

Fiji have hired American Lisa Cole as their women’s head coach for the upcoming OFC Nations Cup. Speaking to Football in Oceania, she outlines her plans for her term.

The post in Fiji is Cole’s second in the Oceania region, having coached the Papua New Guinea U20 women’s team at the 2016 World Cup in the country.

The PNG connection helped her get the job in Fiji’s senior women’s team.

“I was actually contacted by Flemming (Serritslev), the men’s coach of Fiji. He was in PNG at the same time as me, so we have a good relationship thanks to that experience,” Cole told Football in Oceania.

Cole hopes she can get Fiji to play a certain brand of football.

“I have general things that I like to see with the teams I coach. I want the players to take ownership of the things that we control – working hard, attitude, being good teammates, being fit, be prepared. But exactly how we play will depend on the strengths of our players. The main thing is that we are organized and that each player understands his role within the team.

She sees a lot of potential in the Fiji squad, which includes rising star Trina Davis.

“I am excited about this opportunity with Fiji because of the potential in the region, the opportunity to compete for the World Cup spot and what Fiji have done in the last two events. ‘there’s a real opportunity to make history with the band,’ she says.

“I think my experience will come in handy as I know the level of competition and potentially the challenges we could face.”

When her appointment was announced in December, the Fiji FA revealed that Cole had signed an eight-month contract, which would see her take charge of the OFC Nations Cup, due in July, and the FIFA Cup qualifiers. intercontinental world, if Fiji reached that stage.

“The length of the contract was really about defining what the first goal is, and that takes Fiji Senior Women to the playoff game. We left open the possibility of me staying if all parties are happy after that time. We can take the time to define what we need and the role more specifically after my time on the island, but for now the focus is on senior women,” she said.

The Football in Oceania interview was conducted before Cole arrived in Fiji. Speaking to FBC News, she shared her thoughts after the first games of the Inter-District Championship a few days ago.

“Right now I’m worried because it’s either individual play like holding on and trying to do something, there’s not a lot of combined play or really clear roles. At the moment , the spacing is really off, they don’t have good width in the game, it’s just constantly forcing the ball forward rather than building it up, which I’d like to see a lot more,” said Cole.

A passion for everything related to football and more particularly Oceania. Owner of Football in Oceania.