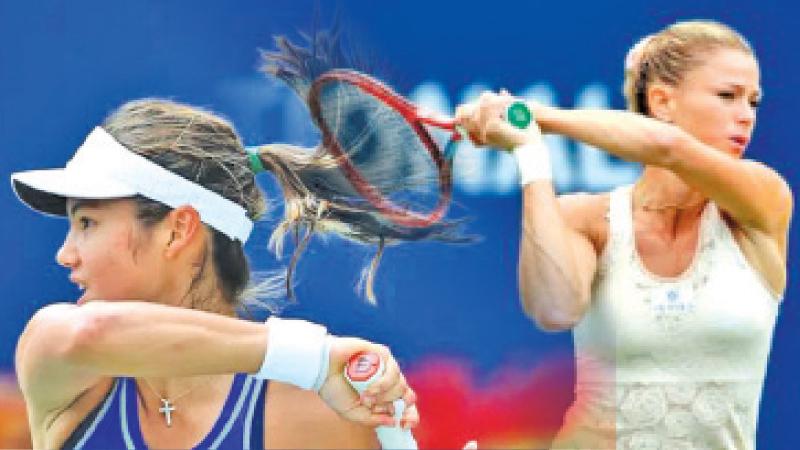 Emma Raducanu’s US Open title defense preparations suffered another blow when she was beaten by Camila Giorgi in the first round of the National Bank Open.

Raducanu had led by an early break in the second set before Giorgi picked up six straight games to win in Toronto.

The US Open, where the 19-year-old memorably triumphed last year, begins on August 29 in New York.

In the men’s event in Montreal, Briton Dan Evans beat Serbian Filip Krajinovic 6-2 1-6 6-0 on either side of a rain delay.

He was joined in the second round by compatriot Jack Draper, who beat Frenchman Hugo Gaston 6-2 6-3.

Britain’s number one Cameron Norrie and Andy Murray are in action later on Tuesday.

The Toronto event is one of many hard-court events before the last major tournament of the season.

Raducanu reached the quarter-finals of the Citi Open last week but failed to pass 29th-placed Giorgi.

The two traded early breaks in the first set before Raducanu saved a set point to force an eventual tie-break.

Giorgi, 30, won all seven points in the tie-break to take it, but Raducanu fought back, winning the first two games of the second set.

However, the Briton couldn’t hold on to her lead and didn’t hold her serve for the rest of the set as Giorgi powered to victory.

However, two-time US Open champion Naomi Osaka was forced to withdraw midway through her match against Kaia Kanepi. Osaka was trailing 7-6 (7-4) 3-0 when she retired with a lower back injury.