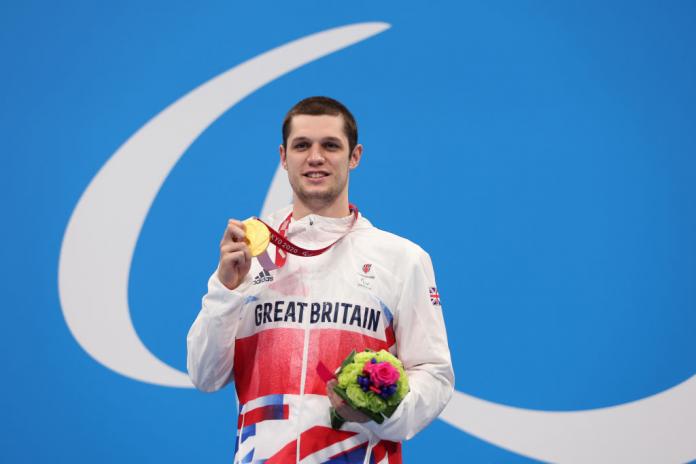 Britain led the charge for Europe at the Tokyo 2020 Paralympic Games and finished second in the medal standings behind Asian giants China.

Represented by a strong contingent of 227 members, Great Britain amassed 124 medals, 41 of which were gold. Twenty-six of their medals including eight gold came from swimming while cycling (10 gold) and track and field (9 gold) earned them 24 medals each.

The other European countries which finished behind Great Britain were: the Russian Paralympic Committee (118 medals, 36 gold), the Netherlands (59 medals, 25 gold) and Ukraine (98 medals, 24 Golden).

Storey’s three gold medals at Tokyo 2020 made her Britain’s most successful Paralympian with 17 gold medals and took her medal total at the Games to 28. Pearson, on the other hand, won its 14e gold medal in para-equestrian.

There were notable family affairs. Husband and wife Neil and Lora Fachie both won gold in para-cycling while the Boccia family, the McGowans, had the two brothers competing with their assistant, mother and father.

The Russian Paralympic Committee (RPC) was the second most successful among European NPCs with a total of 118 medals, including 36 gold medals. Swimmer Valeriia Shabalina was their most successful representative in Tokyo with three gold and one silver in the S14 class. RPC won 49 of its medals, including 17 gold in swimming, while track and field contributed 38 medals.

One of the most interesting stories from the Games was RPC’s performance in sitting volleyball. The men’s team achieved success by knocking out two-time Paralympic champions Bosnia and Herzegovina to face Iran in the final. They eventually had to settle for a silver medal, but it was a great achievement for their team.

Building on their success in swimming (17 medals) and cycling (16), the Netherlands finished with 59 medals including 25 gold for a fifth place overall. The Dutch dominated paracycling with nine gold medals.

Mitch Valize made the headlines sprinting past LoÃ¯c Vergnaud in the final meters of the H5 men’s 79.2 km road race. Compatriot Jennette Jansen had a similar performance in the lead peloton of the H1-4 women’s road race before deciding to escape with less than 1km to go, pocketing 10e Paralympic medal.

Ukraine dominated the Eastern European bloc with 98 medals, including 24 gold, placing sixth in the medal table. Fourteen of their gold medals have come from swimming, and Maksym Krypak has won five, equaling his success on his debut in Rio de Janeiro five years ago.

Among the other top performing athletes in Europe, Poland’s Natalia Partyka lived up to her reputation in para table tennis by winning gold in the women’s team 9-10 category.

However, the star paddler was shocked when Australia’s Qian Yang beat her in the Category 10 women’s singles semifinals, leaving her bronze. His compatriot Patryk Chojnowski also won gold in the men’s singles in class 10, contributing to Poland’s seven gold medals.

They finished 17e on the medal table with 25 medals, including seven gold.

France finished 14e on the medal board with 54 medals, 11 of which were gold. Cyclist Alexandre LÃ©autÃ© was their best player with one gold, one silver and two bronze. They did well in cycling (5 gold medals), swimming, athletics, table tennis (2 gold medals) and badminton.

Italy finished ninth in the medal table with 69 medals including 14 gold medals. Carlotta Gilli and Giulia Terzi finished as their most successful representative – both with six medals each, including two gold medals.

Hungarian Peter Pal Kiss cemented his reputation in the water by winning gold in the KL1 200m men’s singles kayak. Overall it was a successful event for Europe at the Tokyo Paralympics.