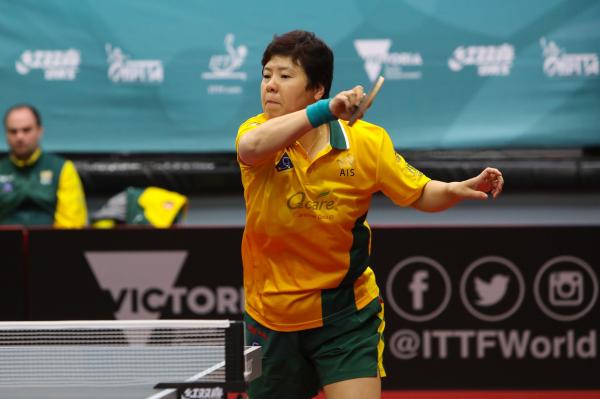 A Bundoora table tennis star is set to make history at the 2021 Olympics.

Jian Fang Lay will join Equestrian’s Mary Hanna as the first Australian woman to compete in six Olympics for the country.

Fang Lay, 48, was announced last month as a replacement for Stephanie Sang, who has retired from the table tennis team.

Fang Lay said she “never imagined” making history and hopes her achievement may inspire others.

â€œI hope this will inspire more girls to play table tennis,â€ she said.

â€œAs long as you have a dream, anything is possible.

“I will make my team proud, give my all and fight for every point.”

Fang Lay said that her family is a great motivation for her.

â€œI have to thank my family – my husband and my two boys – my friends – Warren and Jane – who support me and keep me going,â€ said Fang Lay.

â€œWithout their support, without their strength, it would have been impossible for me to continue playing table tennis.

â€œThe boys really enjoy it and we always play in the garage.

“Without their support, I would never be where I am today.”

Fang Lay is currently ranked number 156 in the world, according to the International Table Tennis Federation’s ranking system.

Fang Lay said his father was responsible for his love of table tennis.

“It was my father who introduced me to table tennis when I was six,” she said.

â€œHe really liked the sport and he was the one who encouraged me to play.

â€œHe trained me and made me fall in love with the sport.

â€œAnd since then, I have never stopped playing.

â€œI owe him everything.

“Where I am today is because of him.”

Fang Lay is considered one of the country’s table tennis greats, with 13 medals in international competition, including seven Commonwealth Games medals, 24 Oceania titles and 30 national titles, won during his decades of competition. .

Fang Lay said she will continue to play table tennis for a long time.

â€œTable tennis is good exercise for the mind, for fitness and for reactions,â€ she said.

â€œEveryone appreciates. And for this reason, I will continue to play table tennis.

Speaking about her goals for Tokyo, Fang Lay said she would just do her best.

“My goal is to do my best and get the best result for Australia,” she said.

Fang Lay will compete in the women’s team and singles events at the Games, which begin on Friday, July 23.