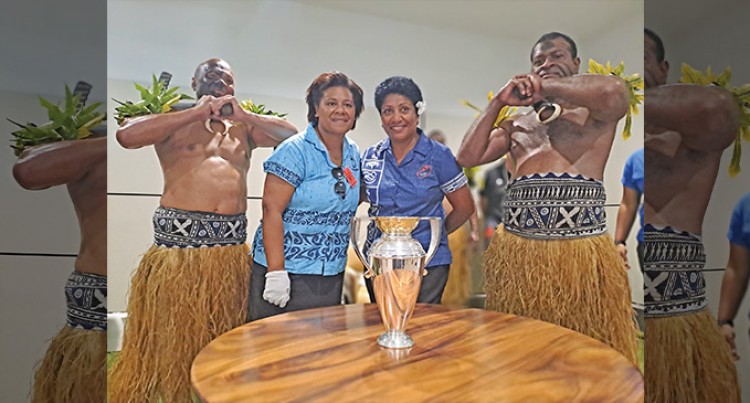 The two test matches against Wahine Maori and Canada will assess the performance of Rooster Chicken Fijiana players in the Women’s Rugby World Cup countdown in New Zealand.

The two test matches against Wahine Maori and Canada will assess the performance of Rooster Chicken Fijiana players as they count down to the Women’s Rugby World Cup in New Zealand from October 8 to November 12.

Fiji take on New Zealand Maori at 6pm on Friday at HFC Bank Stadium in Suva before facing Canada next week.

Rauluni said yesterday that the team have been training well in recent weeks and that these two games were crucial to test their combination.

The team returned from the Sigatoka sand dunes last Saturday.

A week earlier, they were at the Togalevu naval base; had their mud run and core team building with naval officers.

“On the pitch they have worked hard on skills, fitness and physicality because we know Maori will be a very physical team,” said the former Flying Fijians captain.

“We need big improvements to the Oceania game; we played against Tonga, Samoa and Papua New Guinea.

“We need to significantly improve that. We are in good physical shape, mentally too – they have prepared well.

“We’re going to be looking for combinations, especially with our forwards, we’ll need them to dominate to give our defenders a fast ball.”

“It’s very important, Canada is in the top four; they will set a standard across the World Cup, with all the teams in our group; England and France will be very difficult obstacles.

“It’s good to have this test before we go to the World Cup, to see where we are with better opposition like New Zealand Maori and Canada.”

Around seven Fijiana 7s players will also be included in the extended squad before head coach Senirusi Seruvakula makes his final selection.

“These seven players will have to fit into our atmosphere,” Rauluni said.

“Senirusi will make the selection if they prove their worth.”

Qarani native Gau added that his last three months in Fiji with the team has been a great experience.

“It was good, the women don’t complain like the boys, they just endured. I love their attitude.

“I have two daughters myself and it’s good to coach the women’s team and I hope they want to come and play for Fiji one day.”