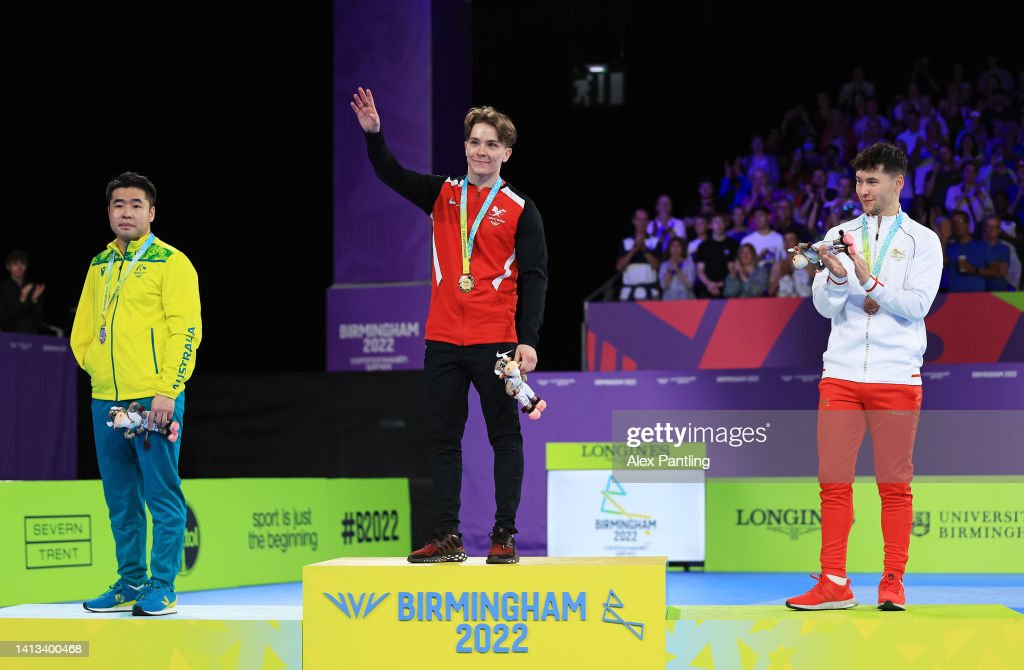 The World Para Table Tennis Championships are held every four years and will be held in a different format with competitions contested in the knockout stages rather than the initial group stages. Team events have been replaced by doubles – men’s, women’s and mixed – with the duos category being determined with a maximum number obtained by combining the two players’ ranking numbers.

Stacey reached the quarter-finals in men’s Class 9 on his Paralympic debut in Tokyo and has since gone from strength to strength, winning gold in Spain, the Czech Republic and Greece and claiming his first major title by beating the Chinese-born Australian former world champion and Paralympic. Ma Lin will win Commonwealth gold in the men’s singles class 8-10 in Birmingham. The 22-year-old Welshman will also compete in men’s doubles with Wilson and mixed doubles with Grace Williams.

“Tokyo has given me so much motivation,” Stacey said, “knowing that the Paralympic Games only happen every four years, but every year there’s a major that’s really good in terms of wanting to do his best.

“I feel that my level and my mindset have increased quite well in correlation and that translates quite well on the table and I hope it will be the same in Spain. The major championships are what you are aiming for, and I feel like I’m in a good position to show what I can do and I’m really excited.

“I feel like I’m getting better week by week and being confident in the way I play and also confident in my mindset is exciting but also quite stabilizing. I feel like I can thinking about my way through a game if things aren’t going as well as they could and that’s something that can be used at any stage of the competition.

“It’s very special and a privilege to have been selected for doubles as well and it’s a great goal to aim for other than singles. When you’re at the table with someone else, you’re also playing for him, which is always a good thing and I think it also brings together this family atmosphere that we have created in the team, so I like playing with Ross and Grace.

Successful morning for our women’s team, see them qualify for stage 2 of the @ETTU_TTennis Qualification process for the European Championship 2023 which will take place at the beginning of 2023 🏓 pic.twitter.com/QZVTMSaYjh

Rio 2016 Class 1 Men’s Paralympic Champion Rob Davies will join the British squad. The former world number one and Rio 2016 gold medalist who won his fourth consecutive European singles title in 2019 but was unable to defend his Paralympic title in Tokyo due to injury. Having not competed in over two years, he is still working to regain his peak form and fitness, but won gold in Finland in September.

Joining Davies in Spain will be 2018 world bronze medalists Tom Matthews (class 1 men) who is ranked 9th in the world. He picked up bronze in Tokyo on his Paralympic debut last year and will look to continue his excellent form.

Paul Karabardak will compete in Class 6 of Men’s Singles and Class 14 of Men’s Doubles. Karabardak won bronze in Tokyo, her first Paralympic medal at her fourth Paralympic Games. Also won silver with Will Bayley in the men’s class 6-7 team event, beating the world number one in the decisive singles in the semi-finals. Won gold in Argentina and silver in Finland this season.

Grace Williams (women’s class 8) will compete in women’s singles class 8, women’s doubles class 14 and mixed doubles class 18. Williams is currently ranked 18th in the world and will also join the team. Williams is a relative newcomer who gained valuable experience competing for Wales at the Commonwealth Games and received a wild card to compete at Worlds, to further her development.

The full UK squad for the World Championships is:

The National Stadium will soon sport a new look