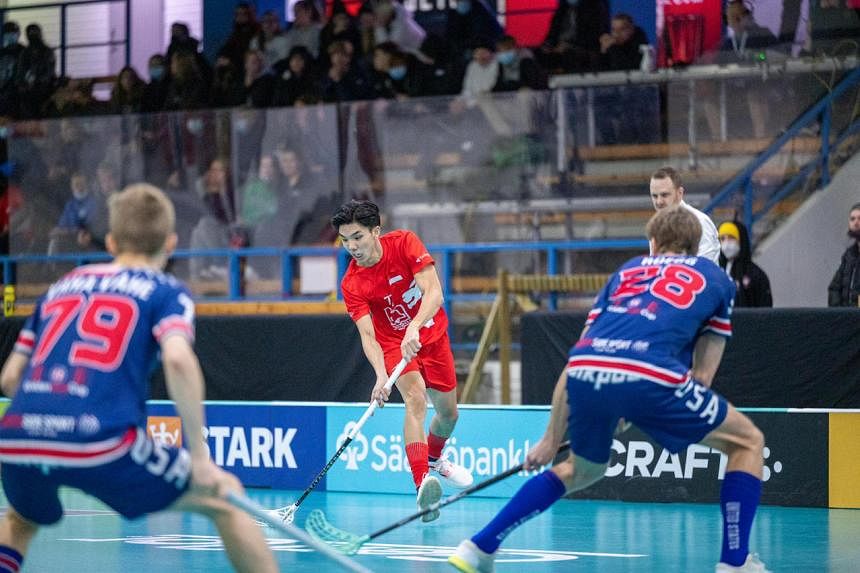 The women’s AOFC will take place from May 23-28, followed by the men’s WFCQ – AOFC from May 31-June 4. This latest event will give teams the chance to secure their spot in the November 2022 Men’s Floorball World Championship in Switzerland.

Singapore last hosted the inaugural edition of the Women’s AOFC in 2018, which they won after beating Thailand 4-1 in the final.

This year’s competition will feature six teams: Singapore, world number 13, the Philippines (30), Malaysia (22), Thailand (17), Indonesia (unranked) and an under-19 team from Singapore.

Singapore Women’s Captain Michelle Lok, who was part of the 2018 squad, said: “Playing at home is always special and we are all looking forward to competing in Singapore again. excited to see the women’s and men’s teams in action up close.

“Winning the AOFC Women’s Cup in front of a home crowd in 2018 was definitely a memorable and honorable experience. The team is training hard to fight to retain the title and make Singapore proud.”

Singapore’s men’s captain, R. Suria, said: “We are delighted to be playing in front of our family, friends and supporters. We have learned a lot from our recent outings at major tournaments such as the FIFA World Championships. last year and we have worked hard to improve all aspects of our game in preparation for WFCQ – AOFC Men.

“Floorball is a sport that we love and love to play, so we hope that the fans who come will also enjoy the games and learn a little more about the sport.”

These two tournaments will also launch Singapore’s first Floorball Series, which will include side activities such as practice workshops.

Singapore Floorball Association President Kenneth Ho said: “As well as providing valuable competitive experience for our current players, we hope these events will generate more interest among those who may not be familiar with the floorball, and inspire our future floorball players by watching top athletes in action.”

Singapore Sports Institute director Su Chun Wei believes that holding the two tournaments here will help raise the profile of the sport ahead of the International Floorball Federation (IFF) Women’s Floorball World Championship (WFC). ), which Singapore will host next year.

He said: “Our national floorball teams have featured prominently on the international stage in recent years, and the Singapore Floorball Series will give them the opportunity to play among the best at home.

“By giving Singaporeans a front-row view of world-class floorball action and a chance to cheer on national teams as One Team Singapore, we hope the event will inspire the growing local fan base of floorball and will encourage more people to take up the sport.”

Talib says he warned against doping a long time ago

Changes in vegetation have shaped global temperatures over the past 10,000 years