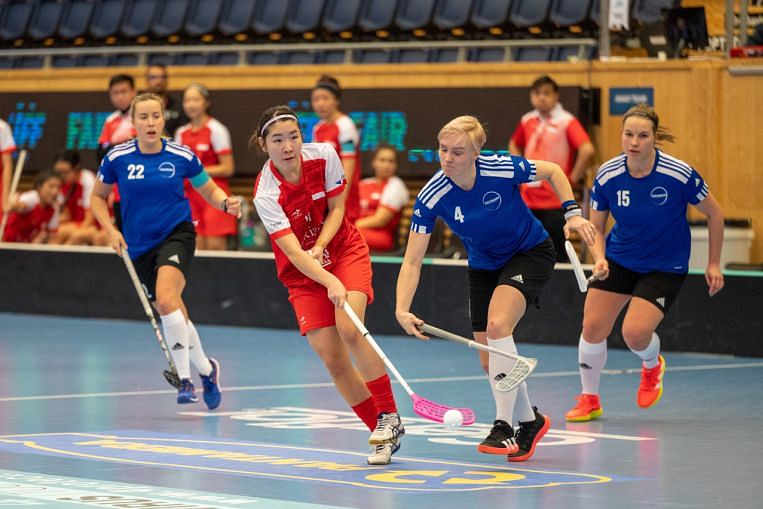 Singapore, world No.14, delivered the first blow in the first half at IFU Arena, with a low strike from Angela Model who passed Estonian goalkeeper Ormak Saskia in the 13th minute.

After a scoreless second period, Milja Alanko scored the game-winning goal for Estonia in a power play four minutes into the third period.

This is Singapore’s second straight loss to Estonia at the Women’s WFC in Sweden. Their first meeting last Saturday ended in a 4-3 against Estonia.

Although Singapore did not match its historic 12th place at WFC 2019, it was its second best performance of the tournament.

As the women’s team wrapped up their campaign for the world championships on Thursday, head coach Lim Jin Quan will now look to the men’s team, whose competition kicks off in Helsinki, Finland on Friday.

It will be the team’s first international outing since the 2019 SEA Games in the Philippines and it will also be the last for captain Syazni Ramlee as he prepares to retire after 13 years in the national team.

The 30-year-old was planning to retire to spend more time with his family and intended to step down after last year’s men’s floorball world championship.

When the Covid-19 pandemic pushed the competition back to 2021, Syazni, who is a full-time floorball coach, decided to stay and compete in the world championship from December 3-11.

His decision to stay with the squad for another year did not come without sacrifices, as juggling his daytime and nighttime training sessions meant he often returned home after 11pm.

On why he put his retirement on hold, Syazni said: â€œI wanted to finish it well, I didn’t want to finish it without one last competition. Even though there haven’t been a lot of competitions during the course. from the previous two years, I felt it was just a good way to end my trip. “

Syazni started playing floorball at the age of 13, before being called up for the senior team for the first time four years later.

Since then he has made 54 appearances for Singapore, competing in tournaments such as the Men’s WFC, the SEA Games and the Asia Oceania Cup.

With the arrival of a new generation of players, the floorball coach felt the time had come to leave the team.

He said: “Now is the right time for me to step down because I see it is time for the younger generation to move up.

“I want to give young players the opportunity to have more visibility and to develop for the future of floorball.”

Syazni hopes to end his floorball career on a high note at his fifth WFC, where world No.16 Singapore is in Group D with Estonia (10th), Canada (11th) and the Philippines (35th).

Singapore has finished 16th in the last four editions and Syazni hopes they can do better this time around.

He said: â€œFor me personally, the top 12 is always possible, but improving the ranking from previous competitions is enough for me.

“But whatever the position, as long as the team is doing well and working hard, who knows? We can see each other in the top 12.”

Assistant coach Sonia Chia added: “The preparation of the team has been good. Since we haven’t competed for the past two years, we are looking forward to playing a few games in Helsinki.”