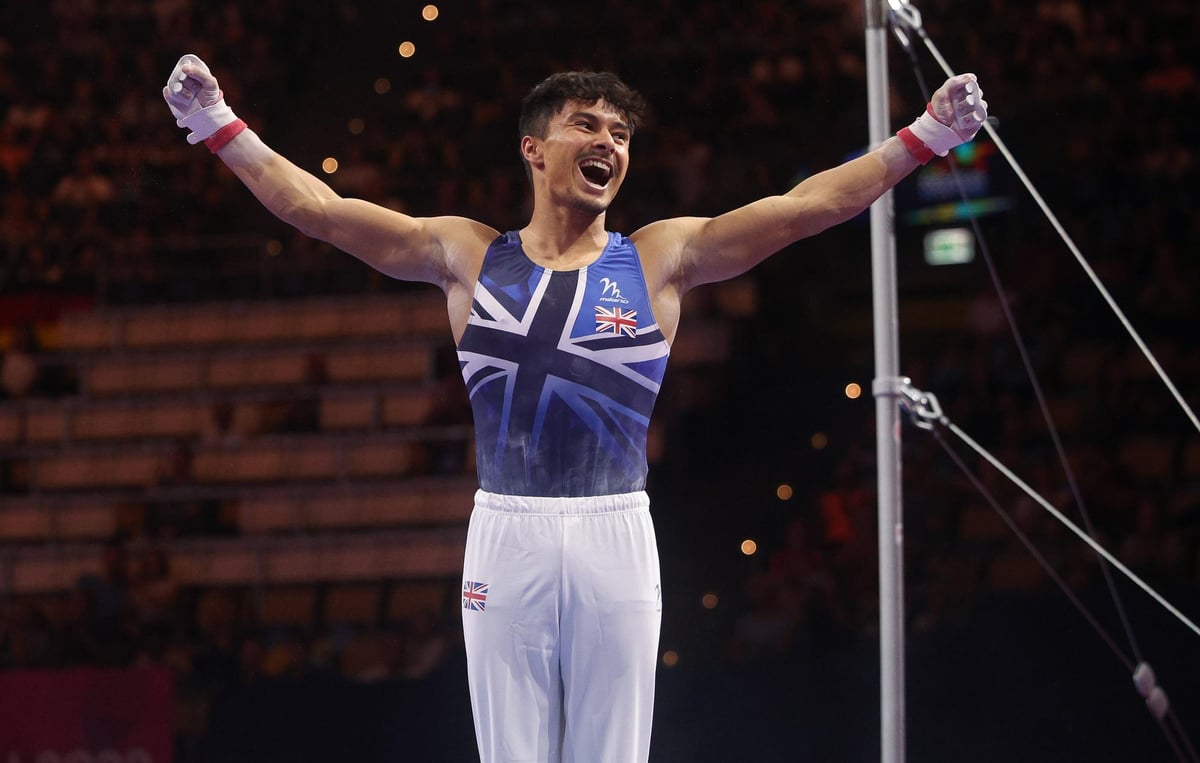 Huntingdon Gym Club star Jarman teamed up with Joe Fraser, James Hall, Giarnni Regini-Moran and Courtney Tulloch to put on a dazzling show and beat Italy and Turkey in Munich.

England also won team glory in Birmingham and believe they have set a major milestone ahead of today’s individual events and October’s World Championships in Liverpool.

Jarman said: “I couldn’t be happier with the success we’ve had over the past few months.

“We’ve been training day in and day out and getting the score we got gives us a lot of hope that we can do well on the world stage.”

Great Britain racked up a team total score of 254.295 after Jarman held his nerve on the high bar to claim victory.

“The encouragement got me through that last routine,” added Jarman. “I was definitely nervous! The boys give me that extra energy and adrenaline that makes all the difference. Everyone’s reaction afterwards was an incredible moment.”

The team will now turn its attention to Sunday’s individual apparatus events, with Fraser competing on pommel horse and parallel bars and Jarman flying the British flag on bars.

Regini-Moran has qualified for all three events on floor, vault and parallel bars as Britain bid for more glory on the big stage.