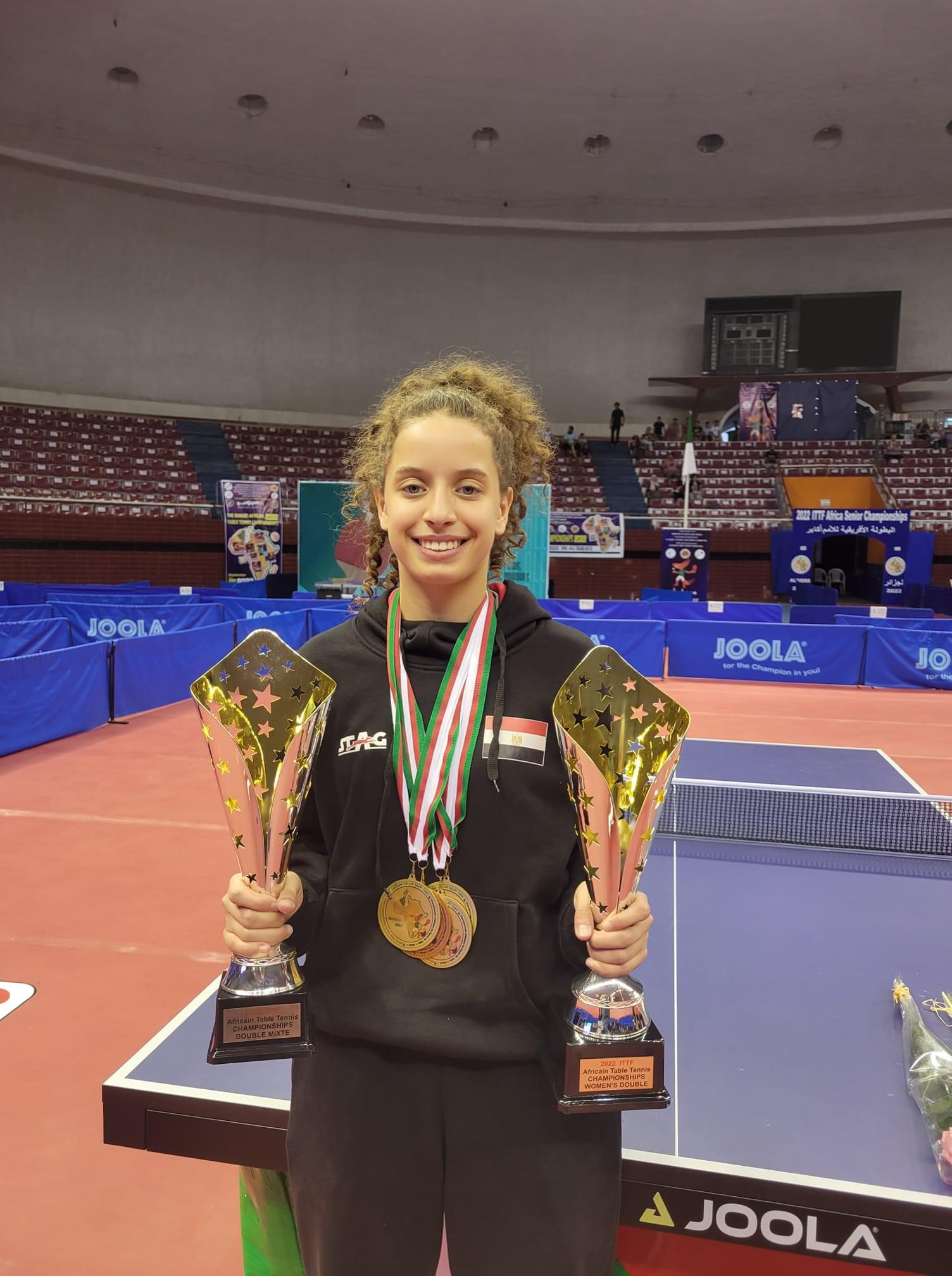 Gouda won the team gold medal with the Egyptian women’s table tennis team at the African Table Tennis Championships, held in Algeria, as well as the mixed doubles gold medal, with Mohamed al-Baily.

Egyptian table tennis player, Dina Musharraf, also moved up 21 places in the game’s world rankings, as she sat in 29th place after occupying 50th place, becoming the first Egyptian, African and Arab player to reach this advanced position in the world rankings.

Gouda started playing table tennis at the age of four and recently won the international table tennis championship in the U-12 and U-15 competitions in Portugal, and the bronze medal at the intercontinental world championship , in an unprecedented achievement in the history of table tennis in Egypt.