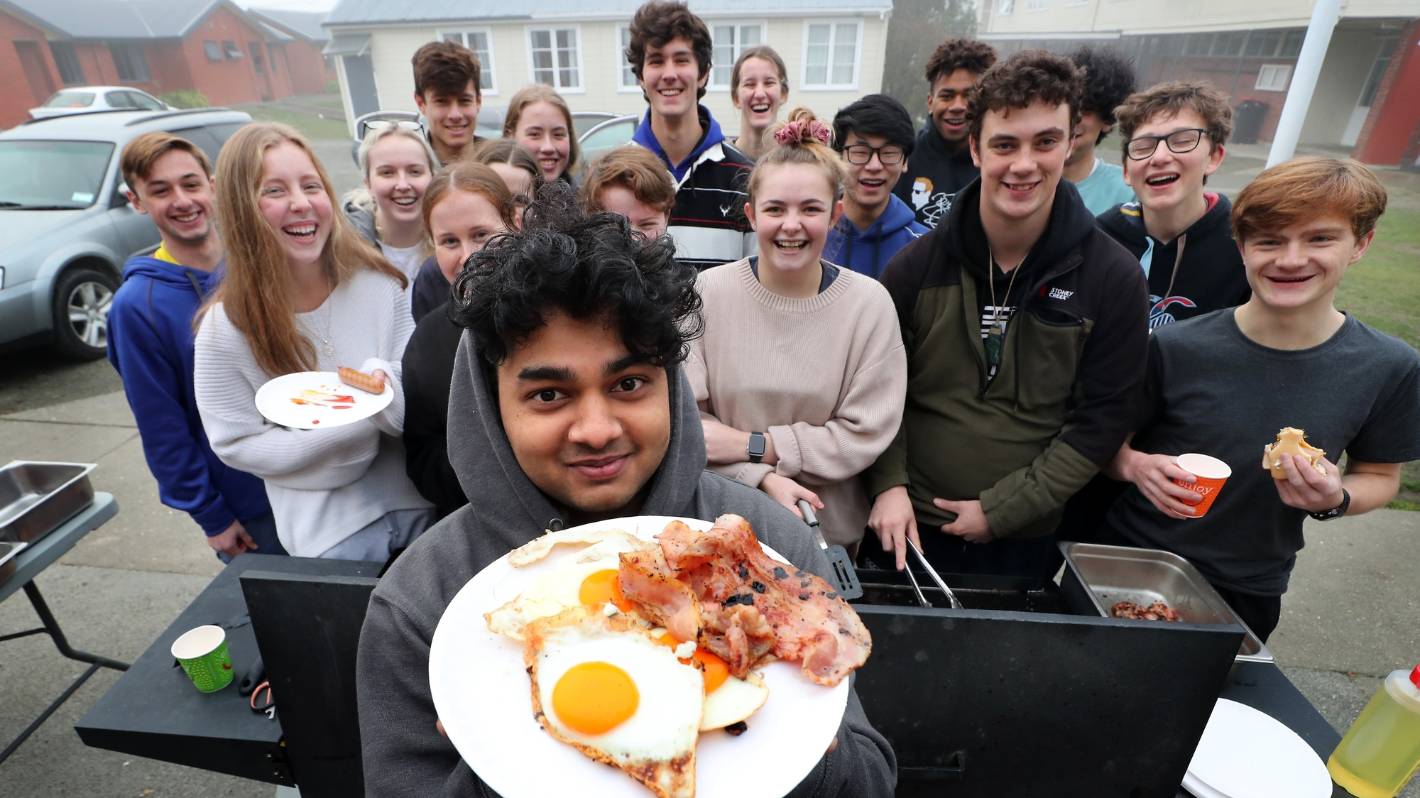 Balkrishna Uniyal, 18, before, was eagerly awaiting a cooked breakfast with other students when their 40-hour famine event at the Timaru Boys High School gymnasium ended on Sunday morning.

A group of teenagers from three different high schools in South Canterbury gathered this weekend to fast and raise funds to help tackle the international hunger crisis.

The 24 teens from Timaru Boys High School, Craighead Diocesan School and Geraldine High School camped out in the TBHS Gymnasium to support each other during the 40 hour famine.

The group raised $ 1,200, and their donation page is still accepting contributions.

“They are passionate about what they do, but it’s also just young people coming together and having fun too.”

The group played a wide range of sports and competitions during the period, with running, basketball, table tennis and “whatever was in the gym,” according to Thorp.

“I think it was a good experience for them to just be with other young people and think about food security all over the world.”

â€œChildren understand that they live in a world of relative comfort and security without fear of starving to death, and it is good that they just know that there are places in the world where these things are not considered. as acquired.

â€œI think kids are generally idealistic and want to make changes and do their best. I think kids have a strong service ethic that can seem to fade as we get older and get stuck in our jobs and mortgages.

â€œYoung people seem to see the importance of service. I think they can teach us something actually.

At the end of their Sunday morning fast, the group enjoyed a hearty breakfast of bacon, eggs and sausage.