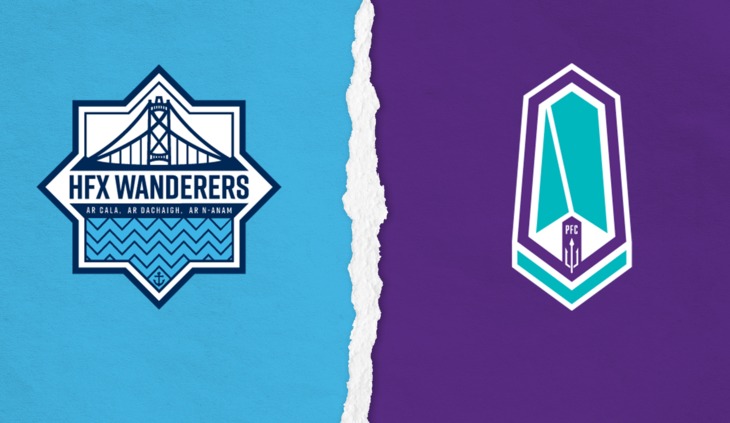 June 25, Starlight Stadium, Halifax Wanderers 3, Pacific FC 0. It was easily one of the most surprising results of the CPL season so far as the visiting Wanderers picked up their biggest win in club history , while Pacific suffered their worst ever. home loss.

At the time, it looked like the perfect result to spark a second-half Halifax playoff push, while for the Pacific it was their sixth straight game without a win as they were poised to dive below the playoff line.

Instead, it would have the opposite effect. Pacific used that loss as a rallying point for their group, as they haven’t lost since in CPL action and are currently on a club-record five-game winning streak. They also beat Jamaica’s Waterhouse FC 6-0 on aggregate in the Concacaf League preliminary round. Halifax, on the other hand, have won only once since then in eight matches.

“We’re a different team now than we were then,” Pacific FC head coach James Merriman said of the last time these two teams met. “That game was, I guess, important for us in terms of the turning point and we got together as a group and decided how we were going to go forward. There was a big change in our approach on and in off the pitch. Like I said, I think we’re a completely different team than we were then, in a good way, and much stronger as a group.

What’s particularly demoralizing for Halifax is their home form during this streak. Once considered one of the toughest away dates on the CPL calendar, fans at the Wanderers Grounds have seen the second away goals of any venue this season, and just one win since June 4 .

Both teams could see rotating squads for this game, having played in midweek. After equalizing late against Atlético Ottawa on the road to the nation’s capital, Halifax suffered a heartbreaking 3-2 loss as the hosts scored moments later. TZhey will be without midfielder Jérémy Gagnon-Laparé and full-back Obeng Tabi due to suspension. The Pacific, meanwhile, can sympathize, after a solid performance at home against Costa Rican side CS Herediano in the Concacaf League, they also conceded late in a 1-0 defeat.

There are also other factors at play for visitors. They’ll have their eye on Tuesday’s trip to Costa Rica in the Concacaf League which will likely see them rest a number of starters more. This early afternoon game will mean a four hour time difference for Pacific players and will be played at 10:30 a.m. PT.

“Our group has been excellent in terms of how they behaved off the pitch, professionalism, doing all the little things right on the flights and when we walk into the hotels, so all credit to the players for how they manipulate [the travel]Merriman said, later adding, “It’s also part of the Concacaf journey.

With that, expect another hotly contested affair as there was never much to separate these two parties. Nine of their 12 all-time meetings have been either a draw or decided by a single goal, including the two clubs’ opener as the Pacific beat Halifax 1-0 on April 28, 2019.

“I think we have to focus on what we do, especially without the ball, how we win it and on which parts of the pitch we win the ball. Then how we use it when we have the ball, whether we speed it up and push it forward or slow it down a bit and play towards the wings”- HFX Wanderers Head Coach Stephen Hart.

“I think they played a good game against Ottawa, a bit unlucky at the end. They will be frustrated but they will also be motivated and hungry to get into this game. We have seen it and we will be prepared for it. — Pacific FC head coach James Merriman