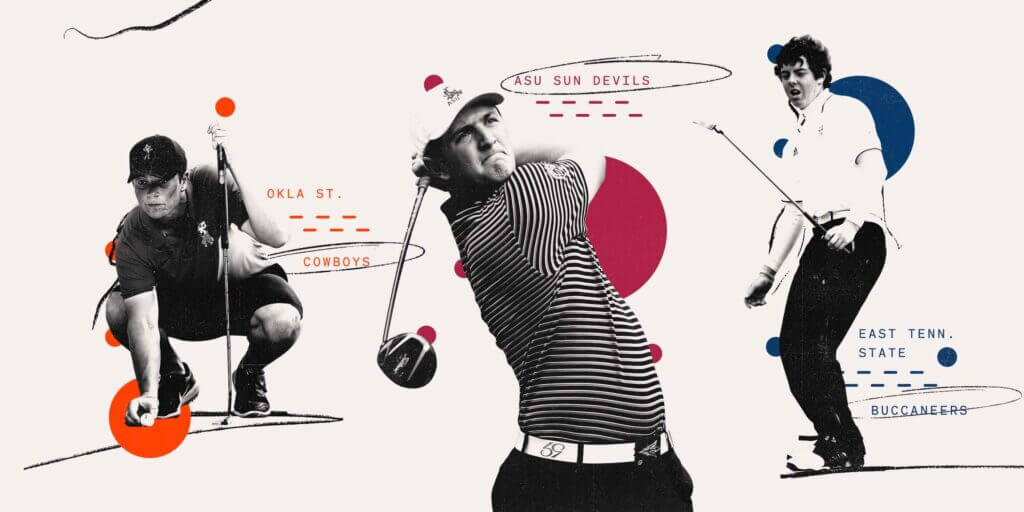 How did this guy end up there? The bizarre stories of European Ryder Cup golfers at American universities – the athletic

As we tell the very random modern story of the early migrations of European Ryder Cup players to the United States in search of authentic American university studies, let’s start with Colin Montgomerie in his underwear.

He was there in all his glory at the Baptist University of Houston.

In fairness, Monty was not settled yet. He had just arrived in Houston via a rushed trip from Roswell, New Mexico, a place where he was only the second alien object to fall from the sky. Roswell is home to the New Mexico Military Institute. Montgomerie arrived in the fall of 1983. James Montgomerie, the secretary of the prestigious Royal Troon Golf Club along the southwest coast of Scotland, sent his son there to study and play college golf. Young Colin, the reigning Scottish youth champion, signed up and became one of the school’s roughly 1,000 cadets.

He shaved his head, then looked around and wondered what the hell he was doing there. Years later, Montgomerie would admit he left the NMMI before he could learn his roommate’s name, let alone take up arms. After hopping aboard an outgoing Greyhound, he took Albuquerque’s first flight to a major American city. Hello Houston. There he called his father, who said he would find his son a new school. Mr. Montgomerie spoke to a priest in England, who called a friend in Houston who knew the Houston Baptist golf coach. Dave Mannen has alerted the Montgomeries that no scholarship is available, but the young Scotsman could join the squad as a replacement.

With that, Colin Montgomerie, the future winner of a record-breaking eight European Tour Order of Merit titles and one of the greatest Ryder Cup players to ever wear the European blue and yellow, stood out. enrolled in the small Christian college located on the outskirts of Houston.