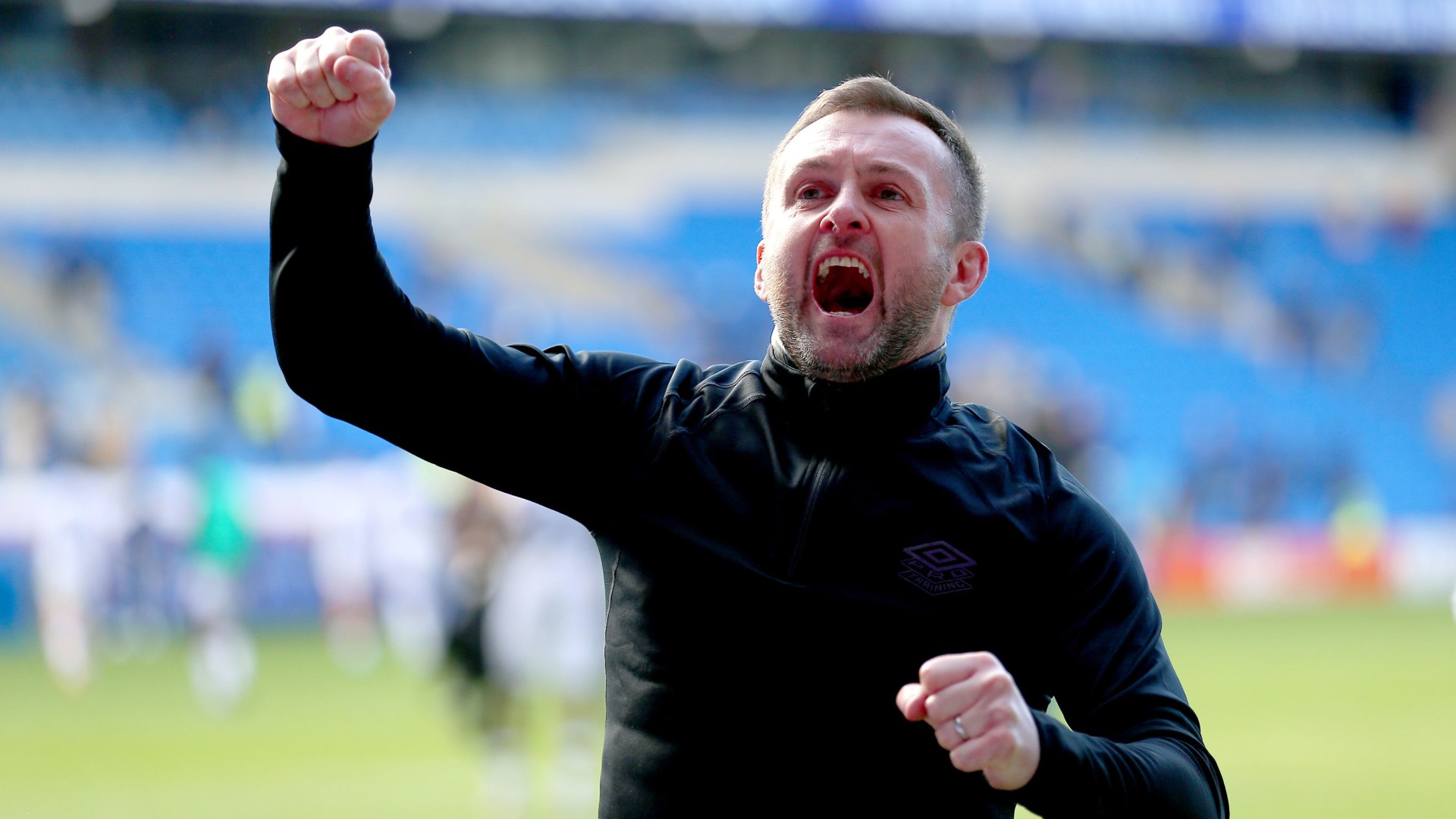 How Luton Town manager Nathan Jones brought Hatters to the brink of the Premier League.. by BURNING the club’s table tennis table

The Championship season manager has revealed some of the secrets to his success – not having ‘superstars’ and burning down a table tennis table.

Nathan Jones, 48, is in his second spell at Luton Town and is looking to end his 30-year absence from the top flight.

The Welshman initially guided the Hatters to promotion from League Two in 2018.

That was before he left Kenilworth Road for an ill-fated stint at Stoke – during which the Bedfordshire side he left sealed a second promotion in a row.

18 months later he was back at Luton and now leads the fifth team in the Championship to a surprise push for promotion from the Premier League.

His efforts were recognized at the English Football League awards ceremony on Sunday when he was awarded manager of the season.

While Jones was recognized, not a single one of his players made Team of the Year.

However, Jones wasn’t that bothered by this.

In fact, it’s one of the key ingredients in Luton’s rise.

And speaking to BBC Three Counties Radio, he revealed some of the secrets behind his and Luton’s rise to the brink of the top flight:

Jones said: “We don’t have superstars and we have a group of players who want to achieve something – they’re way off their ceiling.

“Outside Luton everyone would have thought it was a huge, huge surprise, that it couldn’t be done – but inside we had this confidence that we could push the envelope this year.

“Ideally everyone would like to do well without spending a lot of money. That’s not the case in football at all levels, but we do it very well.”

“When I arrived, I felt that some players were more concerned with being good on the ping-pong table than being professional footballers.

“There was a big table tennis culture, so I thought I could either cajole them and try to get them into the gym or burn the ping pong table.

“It was much easier to burn the ping-pong table.”

One of them is 17-goal top scorer Elijah Adebayo, brought in for an undisclosed fee from Walsall in January 2021.

Jones explained: “It’s really an evolution – we’ve been on a journey.

“This year we really wanted to challenge – we believed in it, we recruited that way.

“Recruitment is key, because no matter how good a manager, coach or CEO you are, if you get it wrong, you’re done.

“And we have the right recruitment – that’s probably the secret.”

Luton need just two points from their last two games to secure a place in the play-off.

And they could still do them even if they lose both games if the chase pack drops points.