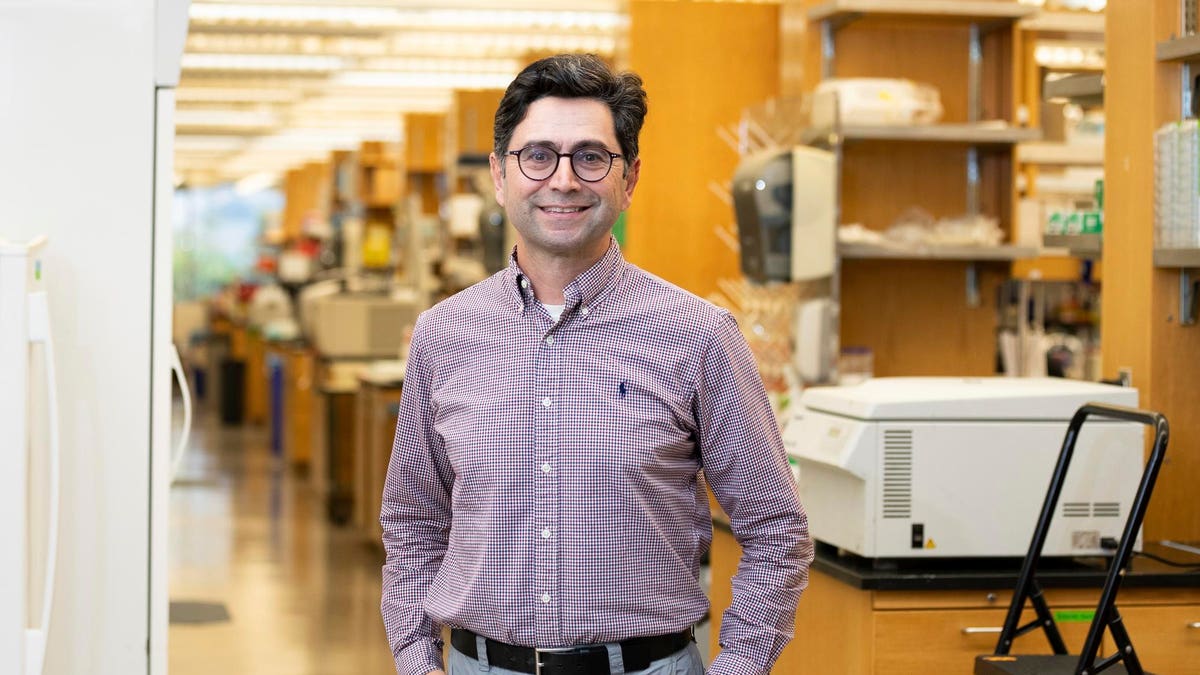 In 2021, immigrants continued to do what they have been doing for years: winning Nobel Prizes. Three of the four U.S. Nobel Laureates in Physics, Medicine, and Chemistry 2021 were immigrants to the United States. New research shows that immigrants have played a remarkable role in scientific achievements in America.

The three immigrants to the United States who won a Nobel Prize this year in physics, chemistry and medicine came here through different routes. One came for work, another as an international student, and the third fled violence in the Middle East.

In 1958, after obtaining a doctorate. at the University of Tokyo, Syukuro Manabe came to America to work as a research meteorologist at the US Weather Bureau â€œUsing physics to model weather systemsâ€. He joined the faculty of Princeton University in 1968 and is today a senior meteorologist at the school. Syukuro Manabe and Klaus Hasselmann from the Max Planck Institute for Meteorology, Germany, shared the 2021 Nobel Prize in Physics “for physical modeling of the Earth’s climate, quantification of variability and reliable prediction of global warming.” (Giorgio Parisi from Sapienza University in Rome, Italy, received half of the 2021 Physics Prize.)

David WC MacMillan was born in Scotland and came to America as an international student. He got a doctorate. at the University of California-Irvine. Today MacMillan is a chemistry professor at Princeton. He shared the 2021 Nobel Prize in Chemistry with Benjamin List, director of the Max Planck Institute for Coal Research in Germany.

â€œThe Nobel Prize in Chemistry was awarded to Benjamin List and David WC MacMillan for their development of a new tool for building molecules, work that has spurred advances in pharmaceutical research and reduced the impact of chemistry on the ‘environment’, according to New York Times. â€œTheir work, while invisible to consumers, is an essential part of many high-tech industries and is crucial for research. “

Dr Ardem Patapoutian, an immigrant from Lebanon, has come a tougher road to America than his fellow Nobel Prize winners born abroad. Dr Patapoutian, professor at Scripps Research’s Dorris Neuroscience Center in La Jolla, Calif., And a researcher at Howard Hughes Medical Institute, shared the 2021 Nobel Prize in Medicine with David Julius (born in the United States) for “groundbreaking research that solved a long-standing mystery how the body perceives touch and other mechanical stimuli.

â€œDr. Patapoutian, who is of Armenian descent, grew up in Lebanon during the country’s long and calamitous civil war before fleeing to the United States with his brother in 1986 at the age of 18,â€ the report said. New York Times. â€œNeeding to establish a residency in California in order to afford college, Dr Patapoutian held eclectic jobs for a year, delivering pizzas and writing weekly horoscopes for an Armenian newspaper. At UCLA, while preparing to apply to medical school, he joined a research lab so the professor would write him a good recommendation.

Dr Patapotian once described how he got to Los Angeles after being “captured and detained by armed militants“In Lebanon:” I had three childhood havens which I remember fondly: my sports club where I played basketball (not well, see height above) and table tennis (local champion!), our trips to the Mediterranean and the wooded mountains around Beirut, and the beautiful campus of the American University of Beirut, where I took a year of undergraduate courses as a pre-med major. However, the conflict continued to escalate, and one fateful and terrifying morning I was captured and detained by armed militants. A few months later, I moved to Los Angeles.

â€œThat first year in Los Angeles was a different kind of struggle to adjust, perhaps as difficult a year as a young adult as any I had experienced as a child in Beirut. Suffice it to say, one of the highlights was writing horoscopes for the local Armenian newspaper. What a relief it was to be admitted to UCLA to resume my student life.

Ardem Patapoutian is an example of how immigration can open up new possibilities, enabling individuals to reach their full potential. In an interview with the New York Times, said Dr Patapoutian: â€œI fell in love with basic research. It changed the trajectory of my career. In Lebanon, I did not even know the career of scientists.

Among the other results of the NFAP research:

– â€œGood immigration laws are important, especially in determining whether the United States benefits from increased globalization and improved educational outcomes around the world. The Immigration and Nationality Act of 1965 eliminated discriminatory national origin quotas and opened the door for Asian immigrants, while the Immigration Act of 1990 increased the number of green cards based on the use. These two laws have been critical factors in attracting international students to the country and strengthening America’s ability to assimilate talented individuals into our culture and economy.

– “The increase in the number of immigrant Nobel laureates reflects an overall increase in the reputation and capacities of American institutions and researchers after 1960, and greater openness to immigration helped to make the United States the world’s leading destination for research in many scientific and technological fields, including computer and information science, cancer research and others.

– â€œYou can see the growing influence and importance of immigrants on science in America reflected in the Nobel Prize winners. Between 1901 and 1959, immigrants won 21 Nobel Prizes in chemistry, medicine and physics, but won 88 prizes in these fieldsâ€”more … than four times more-between 1960 and 2021.

– â€œThe pre-1960 immigrant (and American) Nobel Prize total would have been lower without the many Jewish scientists who overcame severe immigration restrictions in the 1930s and fled to the United States to escape to European fascism.

Americans should be proud to live in a country where people come here by choice and pursue their dreams. When immigrants make these dreams come true, their successes also become our successes.

Ritvik to face Arya in the boys’ sub-juniors final