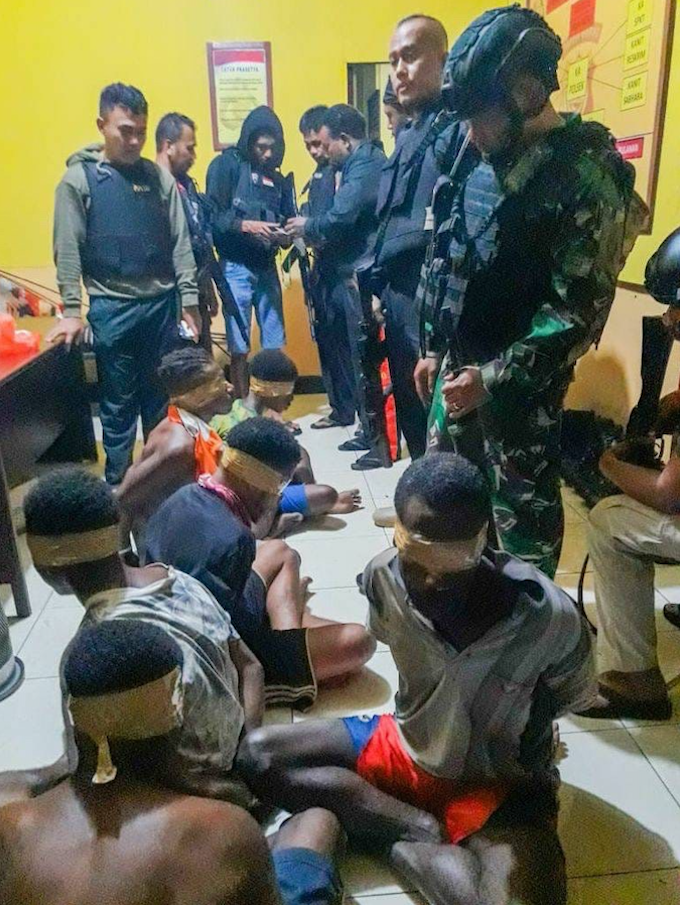 The acting president of the United Liberation Movement of West Papua (ULMWP) accused Indonesia of hosting its 20th National Games “on the bones of my people”.

“As we mourn three years of Indonesian military operations, these games are a dance above our graves, above our suffering, above our cries,” Benny Wenda said in a statement today. .

“I call on my people to ignore these games and focus on freeing us from this tyranny.”

Wenda said the ULMWP gathered new information that in the past three years at least 26 local West Papua politicians and 20 intellectual and religious leaders have died under suspicious circumstances after denouncing the rights of the man and injustice.

“Some of them were official leaders of their local districts, others were prominent members of the church,” Wenda said in the statement.

“Many have died in hotel rooms after unexplained heart attacks, usually with no forensic evidence available.

Wenda said that while President Widodo visited “my land like a tourist,” more than 50,000 people have been internally displaced by Indonesian military operations in Nduga, Intan Jaya, Puncak and Sorong since December 2018.

“High school students and elderly people were recently arrested and blindfolded like animals in Maybrat. PON XX is an Indonesian government public relations exercise aimed at covering up evidence of massacres, ”said Wenda.

“Any use of The morning star flag, even its colors, was totally banned during the games. A Papuan Catholic preacher was arrested for wearing a The morning star [independence] flag t-shirt during a football match.

“Our Papuan rowing team was banned from the games for wearing red, white and blue, the colors of our flag.

“This happened at the same time that 17 people were arrested for detaining the The morning star in Jakarta. A woman from West Papua was sexually assaulted by police during the arrests.

Papuan games, a “public relations coup”
“Indonesia continues to stage this publicity stunt even as Vanuatu and PNG call for a UN visit to West Papua in accordance with the call of the Pacific Islands Forum (PIF) and the United Nations. African, Caribbean and Pacific States. “

Wenda said there was no reason Indonesia could not allow the visit of the United Nations High Commissioner for Human Rights.

He asked that if Indonesia wanted to use the covid-19 crisis as an excuse to stop the visit, why was the government in Jakarta sending tens of thousands of troops to West Papua.

“Why are they hosting the National Games in the midst of military operations and a pandemic? Wenda asked.

“President Widodo, do not ignore my call to find a peaceful solution that is good for your people and my people. “

The ULMWP reiterated its call to “sit down to organize a peaceful referendum, to uphold the principle of self-determination enshrined by the international community,” Wenda said.

“You can’t pretend that nothing is happening in West Papua. The world begins to watch.