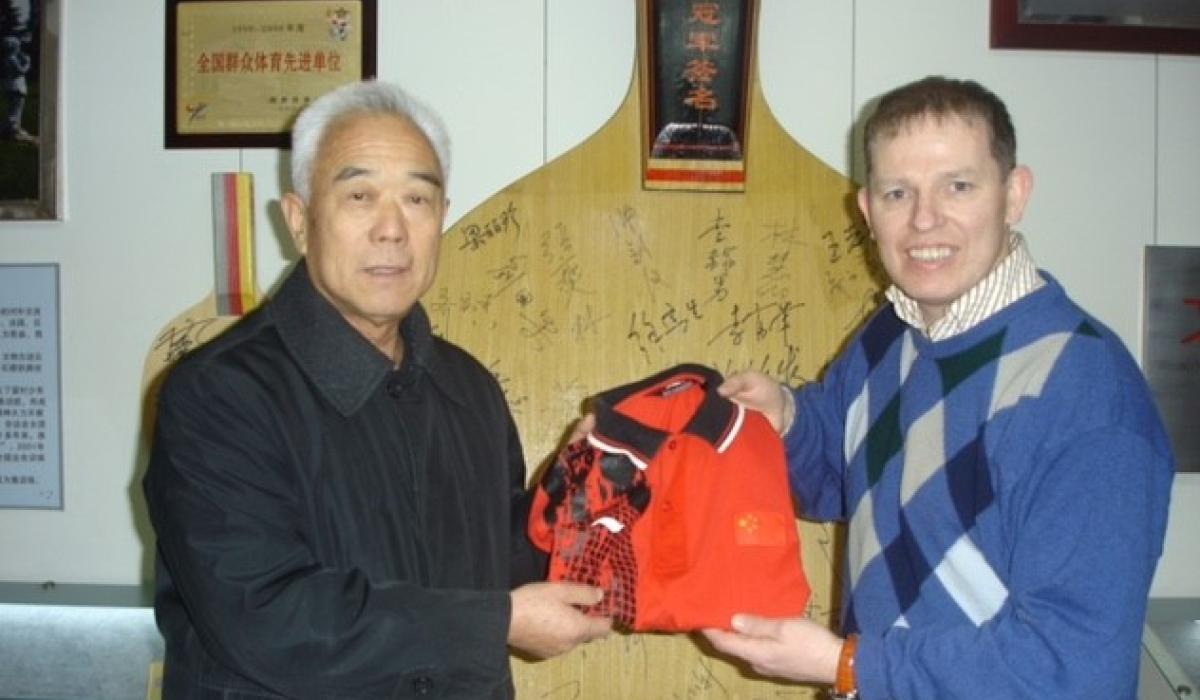 Sean McAnaney will live a lifetime goal in September when he represents Ireland at the National Table Tennis Championships on the Isle of Man.

After decades of experience in the sport, Sean’s passion for table tennis has taken him around the world, where he has made a name for himself as one of the best players and coaches in the world, as well as a formidable advocate for the sport itself.

Recently, Sean achieved a long-held goal when he won the Irish National Masters Championships, a prestigious title which also brought his country’s selection to the next Nations tournament on home soil in September. National team selection has always been his goal, so winning the National Masters title was essential.

“It’s huge because to have a national title under your belt, for this part of the country anyway, it’s huge,” he said. “I’ve been playing table tennis for a long time and I would be kind of famous in the city, but there would never have been someone from this corner of the country who would have held a national title in table tennis. He would always have gone to big cities like Belfast or Dublin.

“They picked the Irish team for the home nations after the last tournament of the season which was the nationals, so I knew I would have to do well to give myself a chance.

“In the quarter-finals, I had the winner from the previous year and I managed to get out of it. Them in the semis, I had a guy called Phil Shaw from Cork who is ranked number one by the minute, and I was able to get through that. Then I met a guy called Terry Dolan from Galway in the final and comfortably went three sets to zero, and following that I was told by the Irish board to say I was in the Irish team for the Home Nations.

Although table tennis is not well publicized locally, Sean has spent a lot of time in China over the years honing his passion which has made him a better player and coach.

“I would have traveled a lot to China for training and training, so I would have had a long connection there over the years, which helped me tremendously,” he admits. “I would have been the first Irish player to go to China to train, over 25 years ago, and since then I have established a school of excellence in China for the development of table tennis for young people. players based in Ireland. I would take the best junior players to Chin before Covid, and that would have helped me a lot. It took me a long time, but I would say I’m playing the best I’ve ever played at the minute.

Table tennis has been a lifelong love for Sean and he hopes to once again encourage the growth of the sport in the city.
“I’m very keen to grow the game again in the North West,” he continued. “Even at the level of social activity, I’m very keen to convey and try to involve young people and give those who may have played in the past the chance to become socially active and get into it. involve again.

“There is a group of people who play at Foyle Arena once a week. Per minute in Derry there are probably around 20 enthusiasts per minute. But when I meet people outside they always ask me if there is table tennis anywhere because years ago it would have been renamed in every boys club but now , badminton, squash and table tennis have taken a back seat. during the last years.

“But there are facilities available in Foyle Arena and Templemore Sports Complex, and they have tables, so I want to spread the word because maybe people don’t realize there’s facilities for that.”

Sean has come a long, long way since playing in the local leagues with Longtower and he is now preparing to represent his country on the biggest stage.

“September will be big for me because I’m part of the Irish squad and it’s only a squad of three so I’m very lucky to have that under my belt,” he concluded. “I couldn’t have imagined ending the season better, winning a national title and getting the Irish team just topped it all off for me.”

Govt. approves the TT team’s training tour in Portugal; Sharath Kamal at the head of the contingent