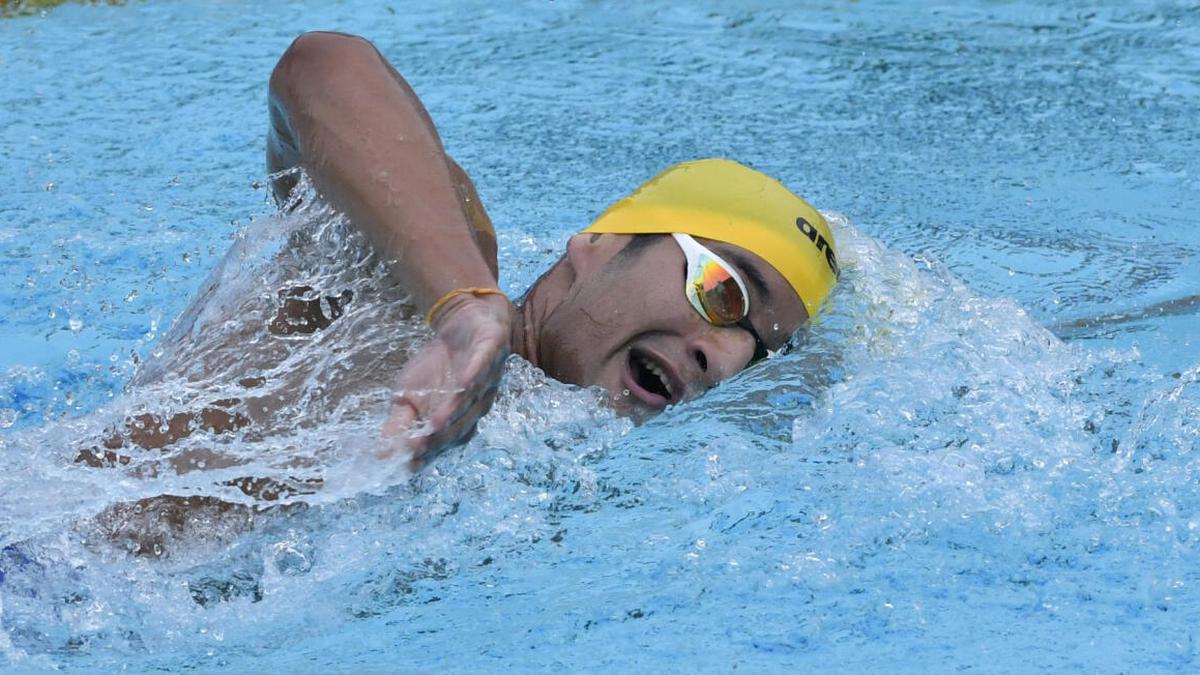 India’s Kushagra Rawat finished 33rd overall in the 400m freestyle heats at the FINA World Championships in Budapest on Saturday. Rawat finished with a time of 3:59.69s and failed to advance to the final with only the top eight swimmers being selected.

Fighter Tvesa Malik bounced back from a disastrous start to make the cut with a birdie on the last hole in round two of the Aramco Team – London series.

Tvesa looked set for an early exit as she was down six on her opening seven holes, but she refused to give up and eventually birdied the 18th hole for the second day in a row with a stretched eight-footer to make the cut on the line.

“We live to fight until another day,” she said with a laugh. “I was so mad at myself, but I just didn’t want to give up. After going 6-over for the first seven, three out of nine birdies against two bogeys meant I had a chance to sneak past. “

Tvesa missed at least three birdies within eight feet, the distance she negotiated for her last crucial putt on the 18th. With 78 in the second to follow up on his first round 74.

The other Indian on the field, Diksha Dagar, missed the weekend’s action with 78-80.

In the two-day team competition, Team Pelaez, of which Diksha was a part, finished tied for sixth, while Team Tvesa Malik tied for 27th.

Udayan Mane posted a final round of two under-70s to sign at T-42 in the Indo Masters Golf Invitational at Imperial Klub Golf in Jakarta on Saturday.

Mane had four birdies against two bogeys in a sometimes uneven week with rounds of 73-71-78-70.

This was the second event in a series of eight events in Indonesia on the Asian Development Tour.

Esha Singh was in fine form as she beat a good field to win gold in the women’s 25m sport pistol at the 20th Kumar Surendra Singh Shooting Championship at Madhya Pradesh Academy in Bhopal on Saturday.

Manu Bhaker was unstoppable in the junior women’s medal round and beat Payal 32-23 for gold. Junior world champion Naamya Kapoor won bronze ahead of Vibhuti Bhatia, Tejaswani and Divanshi.

In the 50 meter free pistol, Arjun Das won the men’s gold medal with a score of 562. Omkar Singh and Ravinder Singh won silver and bronze respectively, ahead of Arjun Singh Cheema and Saurabh Chaudhary.

Saurabh, with a score of 554, was not at his best, but managed to clinch junior gold, comfortably ahead of Harsh Gupta and Naved Chaudhary.

Top seed Suhana Saini (Haryana) advanced to the second round in the girls under-19 section after fending off a spirited challenge from Srijitha Shaw (Bengal) 11-8, 11-7, 11- 4 in the 83rd National Junior Championship and Youth Table Tennis Championships at the YMCA TT Arena here on Saturday.

Suhana made quite a few mistakes and allowed her opponent to even the scores in all three sets. However, the Haryana girl found her nickname at the right time to get ahead and record a straight sets win.

There were hardly any surprises in the first round in either class as the top seeds easily packed qualifying to set themselves up for a tougher grind.

India’s women’s team of Rejiye Devi, Chayanika Gogoi, Meenakshi and Monika Jat beat Uzbekistan with a time of 4 minutes 44.699 seconds to win the bronze medal in the 4 kilometer team pursuit of the Asian Cycling Championship at the Velodrome Indira Gandhi on Saturday.

It was the first medal at this level after 17 years for India. Teams from Korea and Kazakhstan won gold and silver respectively.

Trishya Paul, Shushikala Agashe and Mayuri Lute won the women’s sprint with a time of 50.438 seconds.

The Indian team won a silver medal and six bronze medals in all to rank fifth in the medal table behind Korea, Japan, Kazakhstan and Malaysia.

There was more joy for the host, as Jyoti Gaderaya clocked 58.283 seconds as she beat compatriot Geeta Rao for the gold medal in the Para Women’s C1-C5 500 meter time trial.

India topped the para events with a gold, silver and bronze, along with Thailand, and ahead of Iran and Japan.