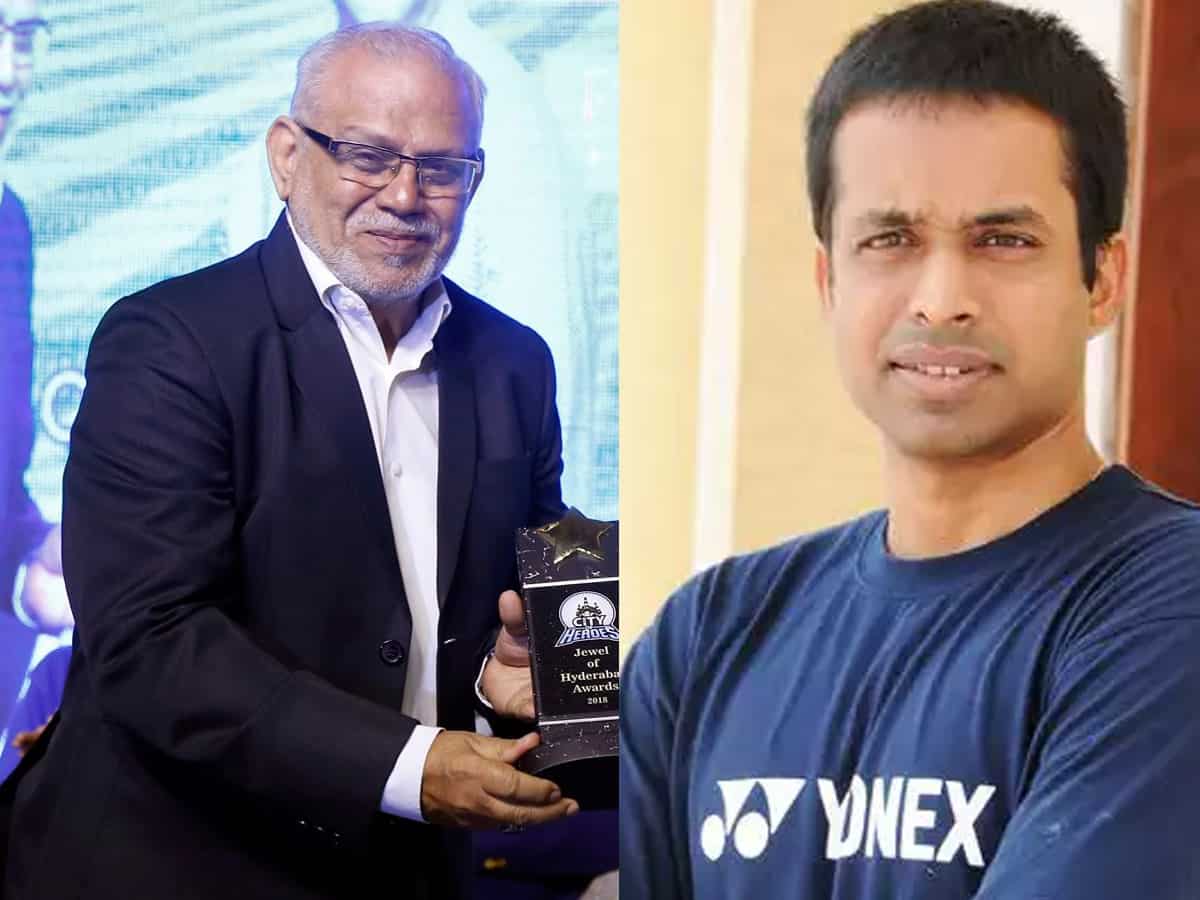 Over the past decade or so, Hyderabad has become one of the major centers of badminton sport in India. Several Hyderabad players have won national and international honors. Saina Nehwal and PV Sindhu won medals at the Olympic Games. They made Hyderabad famous in the badminton world.

But we must not forget the man who made it all possible. He is the soft-spoken and courteous SM Arif who fought against all odds and contributed to the development of the sport in Hyderabad from the late 1970s. As a student he was good at cricket, football, table tennis and badminton.

â€œI was the first batsman for my club and played against the formidable Habib Khan who was then considered the fastest bowler in South India. He represented Hyderabad, the railways and the services in first class cricket. But later I gave up other sports and focused on badminton, â€Arif said when speaking to siasat.com about his background in the sport.

â€œLater, I graduated from NIS Patiala as a coach and became a coach. When I got a job as an NIS coach, I was sent to do a training mission in Jammu and Kashmir. The facilities were minimal but I had the fire to achieve something. So I persuaded the state government to build a suitable hall for badminton. After a successful six-year stay there, I returned to Hyderabad in 1978, â€Arif said.

â€œWhen I arrived here, I discovered that here too I had to struggle. I had about 75 children in my care but only three shuttles in the morning and three in the evening to train so many players. Nowadays, we cannot imagine such a thing. Now there are so many sponsors and the equipment is readily available. But at the time, it was a nightmare. Anyway, I did my best, â€Arif explained.

â€œMy interns Manoj Kumar and Pravin Kumar were the first from Hyderabad and Andhra Pradesh to win international titles while playing abroad. We all had to face huge hurdles in terms of funding and facilities. But we have struggled and overcame these problems many times, â€Arif said.

â€œApart from the AP training, I was also doing the same work for the Indian team. I was appointed head national coach in 1997. At the 1998 Commonwealth Games our players won two silver medals and two bronze medals and there was a noticeable increase in Indian badminton from there, â€he said. said Arif.

â€œBut badminton had good fans in Hyderabad and there were good players before I even took over. The Asian Confederation Badminton Championship was held in Hyderabad in 1976, in which the world’s top commuters from China, Japan, Indonesia and India competed in front of huge crowds. People appreciated the fine skills of badminton legends such as Liem Swie King and Prakash Padukone. The tournament was hosted by the former AP Badminton Association at the Lal Bahadur indoor stadium, â€Arif said.

â€œOne year at the Krishna Khaitan Memorial Badminton Ranking Tournament for Juniors, seven out of eight quarterfinals were my interns. Later, at the 2002 National Games, our state achieved an outstanding record performance, â€explained the coach.

One of Arif’s most successful trainees is Manoj Kumar, who has also faced and overcome many obstacles on his way to the top of badminton glory. â€œIt was Arif sir who opened our minds. He made us think big and showed us how to achieve meaningful success. In 1984, Arif sir took a one year training camp for me, Pravin Kumar, Sunil Jyothi and Aniruddh Rao, â€Manoj said.

â€œThis camp had a huge impact. I won the sub junior title in Kota, Rajasthan and won the doubles title, also with Pravin. In the junior category, we have had success. Aniruddh and Sunil won the doubles title. These victories have opened the floodgates. It gave us confidence to win more titles later. In 1987, I reached the final of an international tournament in Russia. It was all owed to Arif sir, â€Manoj said.

â€œIn 1990, I was ranked number one in singles and doubles. Madhumita Bisht and I won a tournament in Toulouse, France. Pravin and I were the finalists in the men’s doubles. I was the first PA player to represent India in the prestigious All England Championship. I was also eligible to play in the Roland Garros championship and the Swedish Open. But I was told that the Indian government would only provide plane tickets. All board and accommodation costs would be my responsibility. It was like that at the time, â€lamented Manoj.

â€œThere were lots of talented players but no sponsorship. Even the equipment of international quality was difficult to obtain. Once when I went to compete in the Malaysian Open and Thailand Open tournaments, I brought badminton rackets for several Indian players including Gopichand, â€said Manoj.

â€œUnfortunately, in 1991 my career took a turn for the worse. I suffered a ligament injury which took me out of action for a long time. But I fought and won titles after recovering from my injury. Later, I coached the Indian junior team at the Junior World Cup. I took Indian teams on tour in Europe, including one to Denmark where a high level of play is established. But all in all, I would give all the credit to Arif sir because he was the person who started the badminton revolution in Hyderabad. We all owe him a lot, â€concluded Manoj.

Abhijit Sen Gupta is a seasoned journalist who writes on sports and various other topics.