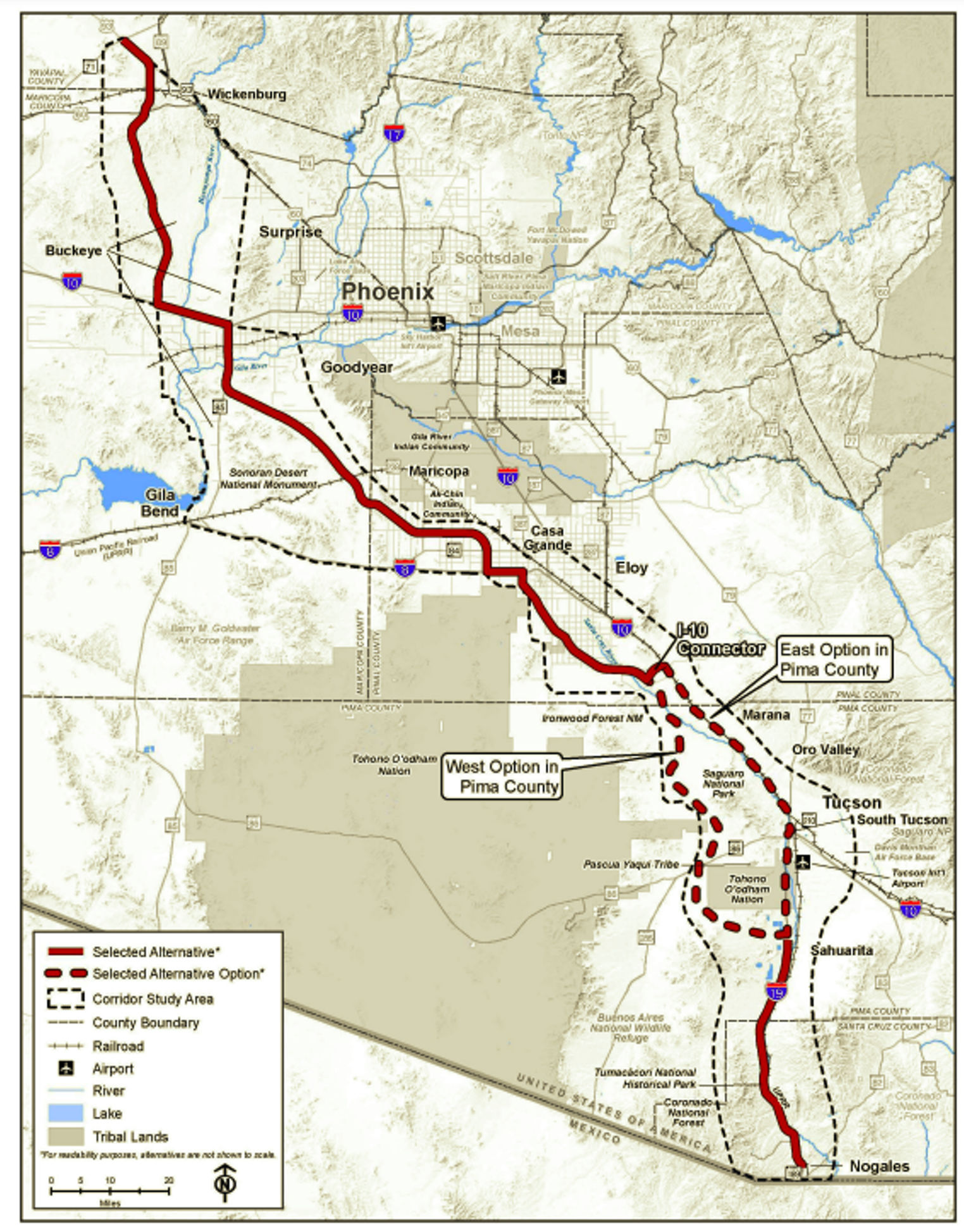 Massive paved highway on the desert in Arizona

After about five years of studies, the Federal Highway Administration has approved plans for a new, 280-mile-long highway that would connect Nogales to Wickenburg, Arizona. This decision provides a key interstate link between Phoenix and Las Vegas.

The federal government must now find a way to fund the multi-billion dollar Interstate 11 project, the nation’s most ambitious new highway project in a generation.

There is still a long way to go before construction can potentially begin, the federal government still has an environmental review to reduce a 2000 foot corridor to the route of the new freeway which would stretch 400 feet.

The $1 trillion Infrastructure Investment and Jobs Act, which President Joe Biden signed into law on Monday, outlines a dozen “high priority” routes on the national highway system, but makes no mention of the I-11.

Environmentalists worry a new route through hundreds of miles of untouched desert is endangering wildlife and contributing to more pollution.

The project would serve as a north-south bypass around the center of Phoenix. It would cross the Hassayampa Valley about 40 miles west of downtown. This area, mostly pristine desert now, is planned as part of the City of Buckeye’s massive growth plans. If those plans come to fruition, the once-tiny farming town would rival Phoenix in size and population.

The long-proposed Interstate 11 would enable, and perhaps accelerate, this development.

Here is the proposed route of Interstate 11

The goal is to incentivize companies to bring manufacturing back from overseas while fostering a research and development corridor from Mexico to Arizona and Nevada, federal and state officials say.

It would also serve as a key new trade corridor, along with other routes between Mexico and Canada, such as I-5 and I-25, which are congested.

Population growth, traffic congestion, and economic development were the primary reasons federal officials decided the new highway was necessary. Phoenix and Las Vegas have been among the fastest growing regions in the country.