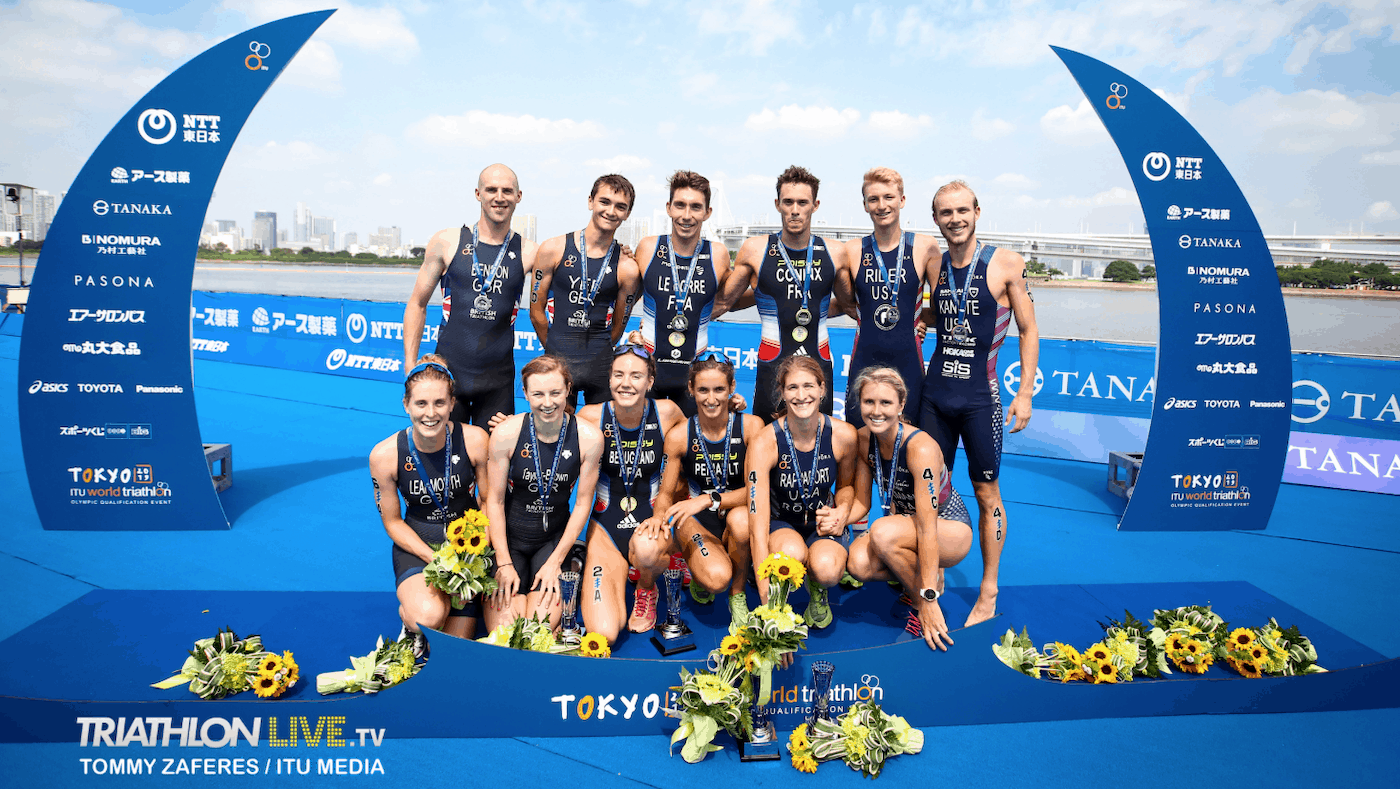 The mixed triathlon relay will make its Olympic Games debut in Tokyo in 2021 after capturing the imaginations of fans and athletes in recent years.

The first mixed triathlon relay world championships were held in the United States in 2009 and the discipline has grown in popularity ever since.

The following year, the event made its debut at the Singapore 2010 Youth Olympic Games, before the World Championships moved to Hamburg in 2014.

Since then, the German city has hosted the annual event, and in 2016 a huge crowd of 250,000 people turned out to watch the race.

The event was announced as a new Olympic discipline in 2017, along with several other mixed events in athletics, swimming, table tennis.

A one-year wait thanks to the global pandemic has only increased expectations. Here’s your guide to what to expect in Japan.

How it works? Format and rules

Between 2003 and 2007, separate triathlons for male and female athletes were held at the World Championships, but the mixed relay format has now become the predominant international event.

Mixed relay teams at the Olympic Games will consist of two men and two women, with each individual completing the swimming, running and cycling stages before touching the next athlete.

Teams must complete the race in the following order: female-male-female-male.

The super-sprint triathlon that each athlete will complete will consist of a 300m swim, 6.8km bike ride and 2km run, and will typically last around 20 minutes.

The entire race will usually end in less than 90 minutes, making it a quick and exciting affair.

The mixed relay will be the third and last triathlon race organized at the Tokyo Games, after the conclusion of the individual men’s and women’s events.

The Odaiba Marine Park in the Japanese capital will host all three races and accommodate up to 5,500 spectators.

Who qualifies for the mixed relay of the Olympic triathlon?

The mixed relay peloton is expected to include 17 countries, with the top seven teams in the Olympic mixed relay qualifying standings earning berths at the Games.

Host nation Japan have reserved two places per gender in the individual races, meaning they will also enter a team in the mixed relay.

A country can field a mixed relay team if it has two men and two women qualified for the individual races.

The other route to the Games was the ITU Mixed Relay Olympic Qualifier, held in Lisbon in May.

With the eight countries already qualified not competing, the race offered other teams the chance to secure a place at the Olympics.

Belgium won in Portugal, ahead of Italy second and Switzerland third. All three countries secured places in the first-ever mixed relay triathlon at the Games.

Who are the favorites to win the mixed relay in Tokyo?

France lead the qualifying standings and have won gold in the last three Mixed Relay Triathlon World Championships, in addition to another victory in 2015.

They have finished second three times before that, making them the most successful team in the short history of the competition and serious contenders for gold in Japan. They are also used to winning in Tokyo, having claimed victory in the Olympic test event in 2019.

Australia sit second in the qualifying standings and have won six World Championships medals since 2009, including gold in 2017.

The United States, third in the standings, have consistently stepped onto the podium at the World Championships, tying Australia’s total of six medals.

These two teams are set to fight for victory in Tokyo, with Great Britain – which finished third at the World Championships in 2020.

Alistair Brownlee was among the teams from Great Britain which won gold medals in 2011 and 2014 but will not make the roster in Tokyo after his qualifying hopes ended in disqualification in the recent event. of the World Triathlon Series in Leeds in June.

The youngster Alex Yee, who took victory in Leeds, will take the place of the two-time Olympic champion in the individual and mixed relay races at the Olympic Games.

When will the mixed relay of the Olympic triathlon?

For all the details on how to watch the Olympic triathlon on TV you can click here.

Tokyo Olympics: Caleb Clarke’s last chance to carve out a place in the All Blacks team