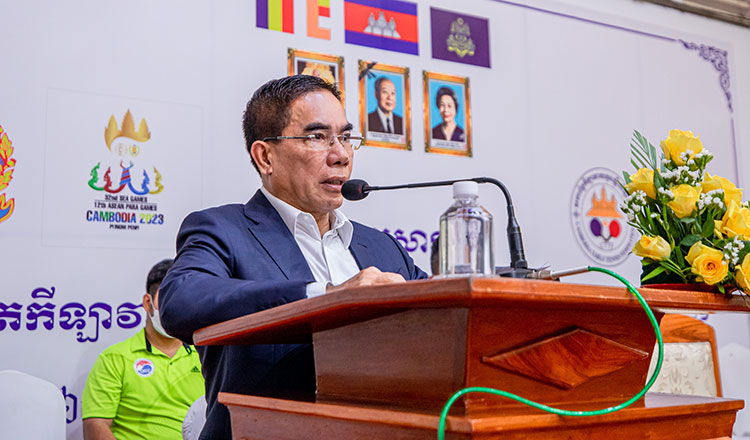 The MOI team won a total of three gold, two silver and a few bronze medals to top a field that included 10 clubs and associations representing various ministries, provinces and private companies.

The 2021 National Table Tennis Championship took place from July 19 to 22 at the Phnom Penh Olympic Stadium.

Lixin Group won only one gold, one silver and a few bronze medals, which was enough for second place.

A total of 59 male and female athletes competed in four disciplines during the event.

In his message to the closing ceremony on Friday, Kirth Chantharith, president of the Cambodian Table Tennis Federation (CTTF), outlined a four-point plan for the 2023 Southeast Asian Games.

The CTTF aims to win more medals, while preparing to host table tennis competitions next year.

The CTTF’s four-point plan includes sending coaches and athletes to train overseas and more training for referees and other technical officials.

The CTTF earlier revealed plans to send some of its athletes and coaches to China for advanced training.

“We should focus on training our available resources. Our athletes, coaches, referees and other table tennis officials should be ready for the upcoming SEA Games,” said Chantharith, who is also the Director General of the General Department of Immigration.

The CTTF was only able to organize the 2021 National Table Tennis Championship this year due to the Covid-19 pandemic, which paralyzed the Kingdom’s sports sector for more than two years.

The National Table Tennis Championship is held annually to promote and develop the sport, while also serving as a venue for selecting players who will represent Cambodia in overseas competitions.