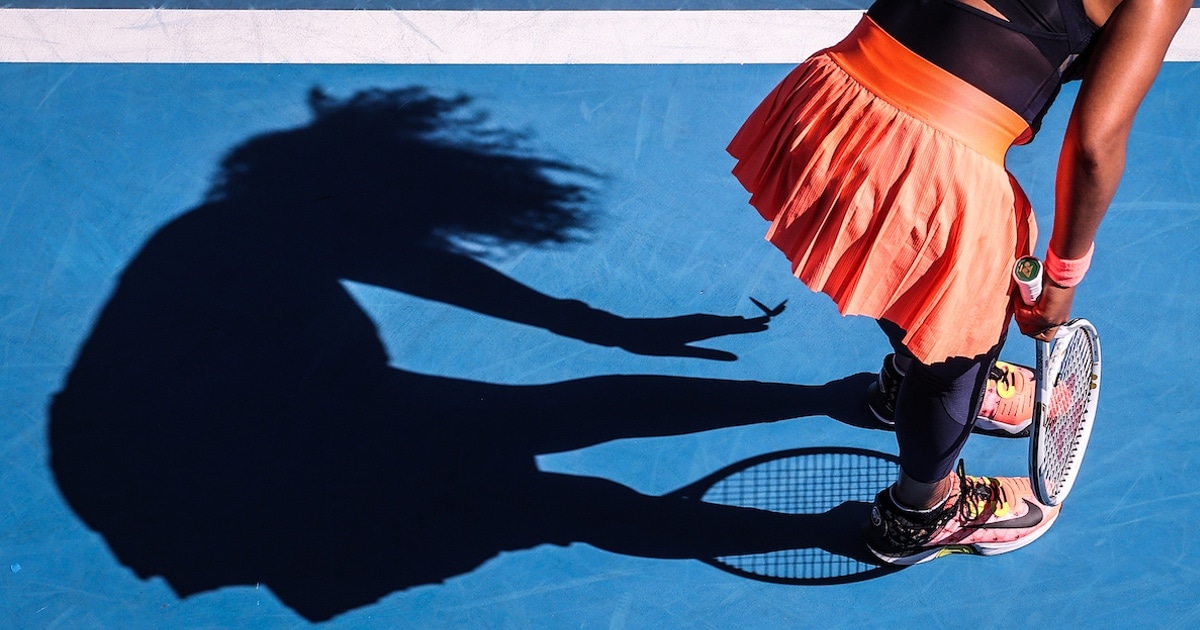 David Gray, winner, tennis.
Japan’s Naomi Osaka removes a butterfly from her dress as she plays against Tunisia’s Ons Jabeur in their women’s singles match on day five of the Australian Open tennis tournament in Melbourne on February 12, 2021.

An artistic shot of tennis star Naomi Osaka saving a butterfly won first prize at the 2022 World Sports Photography Awards. Sports photographer David Gray captured the winning image at the Australian Open, when a butterfly landed on her dressed. By playing with the shadows, Gray was able to perfectly capture the moment.

Professional sports photographers from around the world had their work honored at the contest, as these specialist photojournalists documented moments of athleticism, strength and skill. Gray was one of 24 photographers who were honored in the third annual competition. Over 7,000 images were submitted in categories such as basketball, racquet sports, water and gymnastics.

“I was incredibly impressed with the quality of this year’s entries,” shared Sophie Collins, Marketing Director at MPB, the contest sponsor. “Photography captures a moment in time, the emotion, the ups and downs. It tells a story that has the power to change the way the viewer feels and inspires them.

The winning images are not only technically sound, they also offer a compelling look into the world of sports. These photographs immerse you in the present moment, whether it’s a moment of action, a moment of quiet reflection or a joyous celebration. Check out these winners below.

Ashley Landis, winner, gymnastics.
Guan Chenchen of China wins the gold medal as she performs on balance beam in the artistic gymnastics women’s apparatus final at the 2020 Summer Olympics.

The winners of 24 categories have been announced for the 2022 edition of the photo competition.

Bruce Bennett, winner, hockey.
The Pittsburgh Penguins defend against the New Jersey Devils late in the third period at the Prudential Center on March 20, 2021 in Newark, New Jersey. The Penguins defeated the Devils 3-1.

Mike Egerton, winner, equestrian.
Goring ridden by Charles Bishop during the Play 4 To Win at Betway Handicap at Wolverhampton Racecourse.

Over 7,000 images from professional sports photographers were submitted.

The World Sports Photography Awards “unleash the incredible power of sports imagery through the narrative power of competition”.

My Modern Met has granted permission to submit photos to the World Sports Photography Awards.