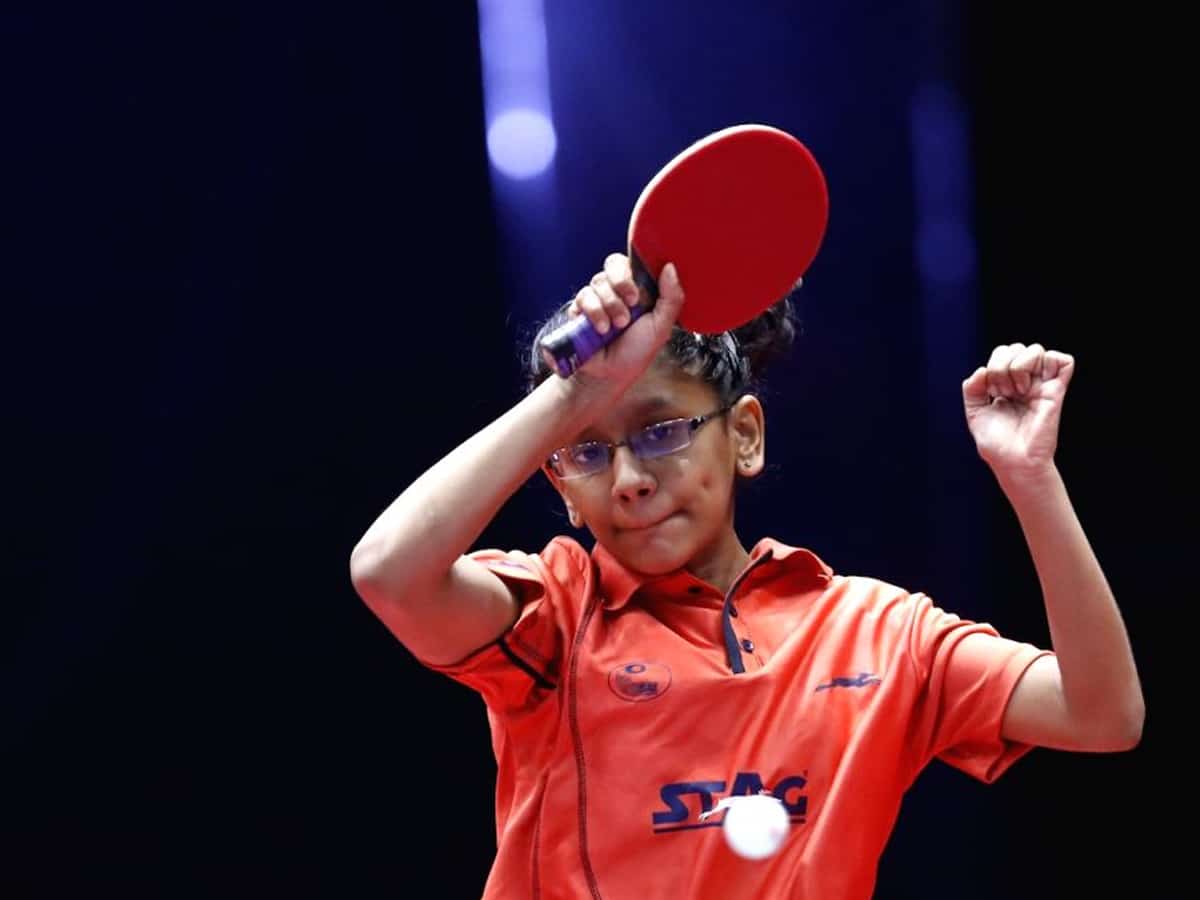 Pride of Hyderabad table tennis player Sreeja Akula, who became the first female table tennis player from Hyderabad to win a gold medal at the Commonwealth Games, is now running from prop to post for prizes in silver. She had won the senior national championship held in Shillong in April this year. It is learned that the host organization in Meghalaya owes him Rs 2 lakh.

The question: Is this how we treat our international champions? What kind of signal are we sending to our young people who are excelling in sport? A few days ago there was the case where players were served food in the toilets and now here is the case of a champion who did not receive the prize money.

This sum is rightfully his and it is hoped that the government of Telangana will intervene and use its good offices and influence to bring justice to a promising young girl from Hyderabad. His father Pravin Akula told Siasat.com that for every international tournament Sreeja participates in, he has to spend more than 2 lakh to meet his expenses. So this amount if released will be a great help for his career.

“The funny thing is that the other players who won medals in the same event received their prize money. There is only my daughter whose prize is retained even if she won the medal of gold in singles as well as in women’s doubles. Even Sreeja’s doubles partner won the prize. Together they had won the women’s doubles. The other girl, Aikhya Mukherjee, received the amount due but Sreeja didn’t. not received,” Pravin said.

“I have made several phone calls and sent many emails, but I have no assurance that the award will be given to him. They give me different reasons. Once they said that the president of the sports body had resigned and there was no one to sign the check. Shouldn’t they have a plan B to deal with such situations? Why should a player suffer because someone resigned or died? That too, India’s top-ranked national champion who won international medals for the country,” Pravin Akula lamented.

Sreeja has been in great shape for a year. She teamed with India’s top player Sharath Kamal to win the gold medal at the Commonwealth Games in August this year. It was the first time in history that an Indian duo accomplished this feat. But now, this is the treatment she has to face in the country.

Sreeja’s case is not the first case where a champion has been denied his rights. But this time, it is hoped that the Telangana state government will take a hand and ensure that the Hyderabad girl gets her due.