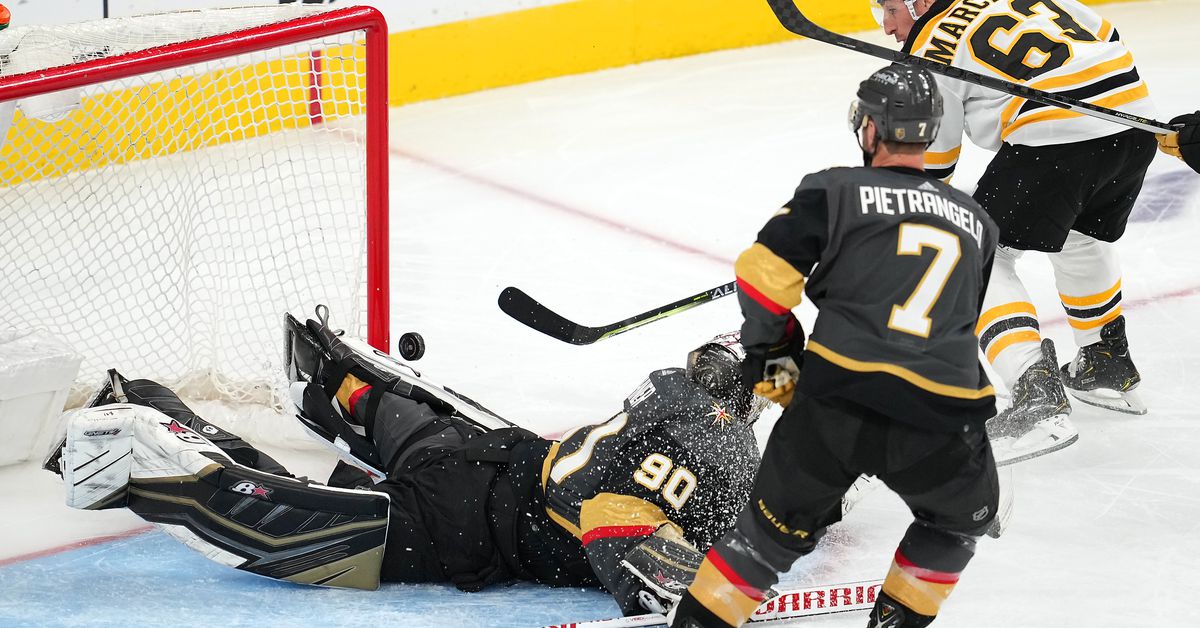 There’s nothing worse than seeing your rival lose consecutive matches, only to come back from the dead and beat your favorite team. Unfortunately for San Jose Sharks fans, that’s the reality with the Vegas Golden Knights this week. They don’t play well against anyone else, but still beat the boys with ease. At least we can talk about all those times they lost this week, right?

The Ducks started the week with a goal familiar to Sharks fans: Beat LA. They faced the Los Angeles Kings in Game 2 of a six-game homestand and unfortunately for Sharks fans, one of them had to win, and it wasn’t the Ducks, losing 4-1 . Anaheim’s only goal was scored by Troy Terry. Their next game was against the New York Islanders, where they lost 4-0.

They had one more chance this week against the Boston Bruins on Tuesday. They managed to pull off a 4-3 win, with John Gibson making 31 saves between the posts.

Now that the number of games played has started to even out, the Flames are pretty much top of the division. They started the week on a high, beating the Minnesota Wild 7-3 at the Saddledome on Saturday. Matthew Tkachuk and Tyler Toffoli each scored two goals, while Blake Coleman, Erik Gudbranson and Andrew Mangiapane scored singles.

They saw the Wild again, traveling to St. Paul to beat Minnesota 5-1 in front of their own fans. Jacob Markstrom made 32 saves in net. Calgary capped off the week with a 5-4 overtime loss to the struggling Montreal Canadiens on Thursday.

The day before the loss to Montreal, the Flames acquired goaltender Michael McNiven from the Habs in exchange for future considerations. They also signed prospect Rory Kerins to an entry-level deal this week.

The Oilers have taken to the ice four times this week, starting with a 4-3 victory over Joe Thornton and the Florida Panthers. Derek Ryan had a hat trick, with Leon Draisaitl scoring the extra. The following night was against the Carolina Hurricanes, who beat the Oilers 2-1 on Sunday.

Martin Jones and the Philadelphia Flyers couldn’t score against Edmonton, which won the shutout 3-0. No, Edmonton didn’t win because Jones was in goal, believe it or not. Finally, they ended the week and the road trip with a 4-3 overtime loss to the Chicago Blackhawks. Guess who scored two goals? You guessed it, Evander Kane, because for some reason he’s still in the league.

To keep the goalie market moving, the Oilers fired Alex Stalock to San Jose this week. I hope they appreciate these future considerations. The team also signed a handful of prospects this week from the AHL club. Meanwhile, Ryan Nugent-Hopkins was placed on injured reserve after leaving the game against the Panthers, while Kyle Turris was activated from IR ahead of the game against Chicago.

It pains me to tell you all that the Kings are second in the division. I don’t understand how we got to this place. They also had a great week, which makes it even harder to talk about. It all started with that 4-1 win over the Ducks.

They came home to host the Islanders the next night, winning 5-2. Trevor Moore, Matt Roy, Quinton Byfield, Phillip Danault and Brendan Lemieux put the pucks in the net, while Cal Peterson made 26 saves between the posts.

However, in Monday’s game against the Bruins, they were completely crushed. 7-0 was the final score and it was a beautiful disaster. The week ended strong with a 4-3 loss to Joe Pavelski and the Dallas Stars to kick off a four-game road trip. I hope Pavs still has resentment in his heart for the Kings. He got an assist that night.

The Kraken have played two games this week and one of them was the 3-1 loss to the Sharks, one of our fondest memories of the past few days. The next game was a 4-3 home win over the Nashville Predators on Wednesday. Colin Blackwell, Yanni Gourde, Calle Jarnkrok and Alexander Wennberg scored the goals, while Chris Driedger stayed the course with 19 saves.

Otherwise, the team has been pretty quiet, staying healthy and not diving headfirst into commercial waters yet.

The Canucks had a decent week, but nothing to stand out above the thickness of the Pacific playoff run. It started with a back-to-back road streak, first with a 5-2 win over the New York Rangers on Sunday. The goals were scored by Matthew Highmore, Tyler Meyers, Juho Lammikko, Tanner Pearson and Elias Petterson. Monday’s game didn’t go very well. They lost to the New Jersey Devils with a painful final score of 7-2.

Things got back on track when they took on the Islanders last night, claiming a 4-3 victory thanks to goals from Nils Hoglander, Brad Hunt, JT Miller and Vasily Podkolzin.

Let me tell you about all the times Vegas lost this week. The first came in a 3-1 loss to the struggling Arizona Coyotes in Glendale on Friday, followed by a 3-2 loss to the Colorado Avalanche at home at T-Mobile Arena on Saturday. Great, we love to see it.

I thought they played another game before seeing Boston, but I guess not. Turns out they went straight to play against the Bruins after seeing the Avalanche and lost that game 5-2. The beautiful game!

A look at how sports reacted to the Russian invasion

My gender. My strength. Member Associations shine a spotlight on women’s development