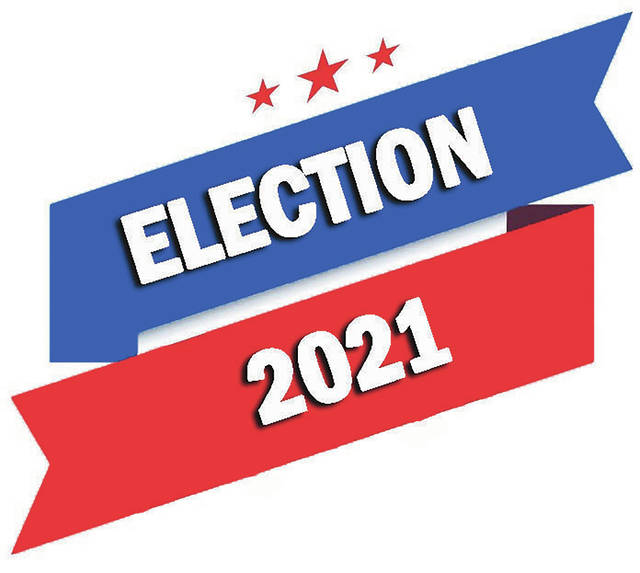 Nominations for November election end with 39 names on the books

LUMBERTON – Three people ended the nomination period on Friday, taking their places among the 39 candidates campaigning in the November 2 municipal election.

Monte McCallum filed for mayor on Friday. McCallum is running against former mayor and outgoing commissioner Charles Kemp. McCallum, a member of the town council of commissioners, did not provide biographical information to The Robesonian.

Incumbent Terry Evans has sought re-election to the Fairmont Board of Trustees. The council seats held by Evans, Felecia McLean and McCallum are up for grabs in November.

Evans is a Fairmont High School graduate and a United States Army veteran. He is employed as a supervisor at Smithfield Foods in Tar Heel. He is a former member of the Robeson County Planning Council and served as constituency chairman of the Democratic Party for four years.

“I have a fundamental value. Run this city like a business. And what I do for one, I do for all, ”he said in a written statement.

“I will fight your fight. You always fought for me, let’s do it again. God bless you, ”he wrote.

On Thursday, Melvin Ellison joined the race, making his third attempt to win a seat on the city’s council of commissioners. He joins Clarence McNeill, who also filed Thursday.

Ellison, 65, worked for Robeson County Public Schools for seven years and is the manager of the Alcoholic Beverage Control store in Fairmont. He served on the Alcoholic Beverage Planning and Control Board of Fairmont for five years. He is married to Jacqueline Ellison and together they had five children. He attended First Baptist Church in Fairmont.

Ellison said he wanted to create jobs, businesses and more recreational facilities in the city and housing for the elderly. He would also like to see more youth programs and activities and better policing.

“I love Fairmont,” Ellison said. “I just want to be a voice for the people of Fairmont. “

McNeill has not submitted any biographical information to The Robesonian.

McNeill and Ellison were the first two people to run for the Council of Commissioners.

The race for the Red Springs Council of Commissioners has nine candidates vying for three seats up for grabs in November. The seats are held by Neal Lea’Kes, Elma Patterson and Murray McKeithan, all of whom have sought re-election to the board of directors.

Sandra Wilson tabled Friday for a seat at the Council table.

She has lived in the town for 25 to 30 years, according to information provided to The Robesonian. In 2014, she received the Honor Volunteer award. She also received the Citizen of the Year award in 1996. Wilson was recognized in 1990 by the National Association of Social Workers as Social Worker of the Year.

Wilson graduated from Pembroke State University in 1985 with a degree in sociology. She has worked in the mental health field for approximately 35 years.

She owns WB Healthcare in Red Springs and, if elected, hopes to prevent crime and mental illness by delivering programs that engage the city’s youth and other residents. Wilson would like to see a boys and girls club in town to provide activities for young people and “help them grow as a person”.

“I would like to be a commissioner because there is a need for the growth of the city through the development of policies,” she said in a statement.

Wilson said she would keep lawmakers informed of the needs of residents. She also said that if crime can be prevented through implemented programs, state and taxpayer money typically spent on prisons and incarceration can be saved.

“As a commissioner, I want to make sure that people’s concerns are taken into account,” she said.

On Thursday, Lorie Hammonds and Largirtha Graham joined the crowded contest to win a seat on the Red Springs Commissioners Council.

Hammonds operates as a platform for community growth, business recruiting, and research grants to fund city improvement projects. Her “deep love and passion for the love of Red Springs” led to the recent restoration of a historic home, along with her family. Hammonds would like to see dilapidated homes removed and beautification projects to replace them, and Main Street to be filled with new businesses.

She graduated from Red Springs High School and the University of North Carolina at Pembroke, with a degree in social work. She attends worship and worship ministries in Red Springs.

Graham did not submit biographical information to The Robesonian.

Incumbents McKeithan and Lea’Kes filed their case on Wednesday. Retired Red Springs Police Chief Ronnie Patterson also filed for the board on Wednesday.

McKeithan is running for his fourth term on the board.

McKeithan retired in 2007 after 37.5 years of work at the Goodyear tire and rubber plant in Fayetteville, according to information the candidate submitted to The Robesonian. In 2004, he retired as a sergeant in the North Carolina National Guard after 28 years of service. He was also a military police officer from 1972 to 1974.

If re-elected, his goals are to continue improving the city’s infrastructure, such as its streets, McKeithan said. He also hopes to clean up areas with dilapidated and abandoned houses in the city. McKeithan will also strive to provide the Parks and Recreation Department with a facility in which to implement programs and educational opportunities for city residents and youth.

Lea’Kes is running for her second term on the Board of Directors.

Lea’Kes is a retired program director with the North Carolina Department of Public Safety and a retired U.S. Army veteran, according to information provided by the candidate to The Robesonian.

“It has been my honor to serve the citizens of Red Springs for the past four years,” he said in a statement. “If I am re-elected my goal is to continue to move the city of Red Springs forward, addressing issues such as improving the appearance of communities, improved data systems to engage youth and more opportunities. employment for citizens.

Brian Freeman filed Wednesday for a seat on the Red Springs Council of Commissioners.

Freeman is a fourth-generation Red Springs native, according to information submitted to The Robesonian. He is a seasoned educator, having been a teacher in Robeson County, educational coach and now Deputy Principal in Cumberland County. He was also recognized as teacher of the year.

Freeman holds a BA and MA from the University of North Carolina at Pembroke, where he received the Outstanding Alumnus Award in 2016.

He said he “believes in a city employee retention program and encourages everyone to be proud of Red Springs and make it a great place to live and work.”

Patterson has not submitted any biographical information or statements to The Robesonian.

He retired from the Red Springs Police Department in June 2020 after 30 years of service. Patterson assumed the role of Police Chief in 2010 and first joined the department in April 1990.

Leon St. Charles Grant filed Wednesday for a seat on the Red Springs board of directors.

Incumbent Elma Patterson served her second term on the Red Springs Council of Commissioners on July 2.

As of Friday, the Red Springs mayoral race has been a three-way contest. Nivea Mack filed Thursday, joining outgoing Mayor Ed Henderson and Commissioner Duron Burney in the race for office.

Mack, 37, is the daughter of Victoria Mack and granddaughter of the late LC and Christine Mack, and Vashti Sinclair.

In a statement submitted to the Robesonian, she wrote: “Fellow citizens, I pray that you are all healthy as you read your newspaper. I ask all eligible voters in Red Springs, North Carolina to vote on November 2, 2021. To vote for development, advancement, community well-being, peace, security, and a better future. As we look around, there is one thing that remains constant and that is change. We must work together to effect change. Change takes effort and I ask you on November 2, 2021 to align with me as mayor to make this difference. Nivea Mack is my name, thank you.

Incumbents Theresa Locklear and Channing Jones are seeking re-election to Pembroke City Council. They did not submit information to The Robesonian.

Incumbent Paul Hunt Jr. is seeking re-election to Rowland’s board of commissioners. He has not submitted any biographical information or statement to The Robesonian.

Wilton Keith Shooter Sr. and Jim Patrick Kelly are also in the running for a seat on the board.

Three seats, including that of mayor held by Michelle Shooter, are in the running. Hunt occupies one of the commissioner’s seats. The other has been vacant for nine months due to the death of Commissioner Marvin Shooter, who held the seat for almost 50 years.

Municipal elections in St. Pauls and Lumberton have been delayed until 2022 due to state legislation and a lull in receipt of federal census information needed to redraw ridings ahead of the 2021 election.

5 things to know on Friday

Olympic Countdown: From the point of resignation to Tokyo, the story of Bhavani Devi | Tokyo Olympic Games News

Royal Caribbean: all you need to know …