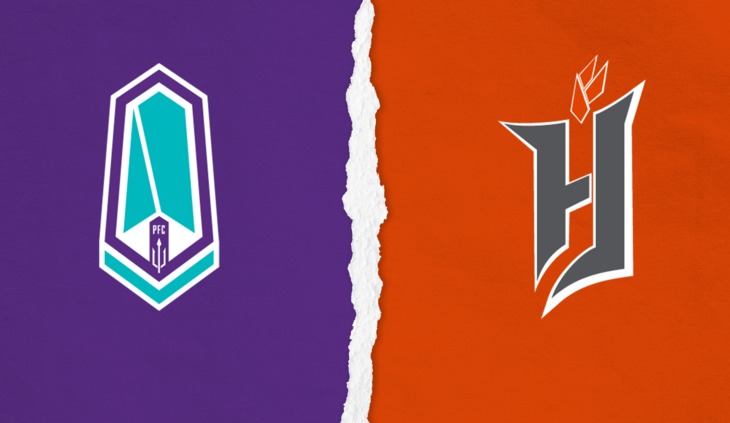 The race for the finish of the 2022 Canadian Premier League season continues on Sunday afternoon in a fascinating ComeOn! Match of the week between 2021 finalists Pacific FC and Forge FC.

The Tridents will host the Hamilton side for the first time since their season opener on April 10, this time with both teams desperate to score points at these very late stages of the campaign.

Pacific finds itself in a bit of a rut at the moment. It’s been a full month since they won a game, their last win coming on August 13 against Atlético Ottawa. Since then, they have lost three games and drawn, scoring just two goals in that span. With other teams in the league picking up points recently, the defending CPL champions are therefore outside the playoff table for now.

With five games remaining, Pacific entered the weekend fifth with 36 points, tied with fourth-placed Valor heading into the Winnipeg club’s game against Ottawa. James Merriman’s team will be eager to return to the playoffs after winning the title in 2021, but they know how tough it can be with two games to play against Forge and one against Cavalry.

“It’s really like playoff games, the last five games here,” Merriman said Friday. “Our group includes; the players know this and they are incredibly motivated. The intensity has been high all week in training and I’m confident they are fully prepared.

Will the Tridents make the playoffs and compete for a second straight North Star Shield? pic.twitter.com/dXqvYp3UyC

Forge, meanwhile, arrives on Vancouver Island hoping to build on last weekend’s 2-1 home win over Cavalry. They entered the weekend in second place with 39 points, two from the top and three from Pacific. Bobby Smyrniotis and company. have their sights set higher than just making the playoffs, though; they’re hoping to top the standings and be crowned regular season champions before also going for the championship in the playoffs – a double they have yet to pull off.

Like Pacific, Forge has five games left to play, with the next two on the road before ending the season with a three-game homestand. They returned to the win column last weekend to snap a five-game winless skid, which saw them fall twice in a row to Valor and also lose to Cavalry and York United. Goals from David Choinière and Aboubacar Sissoko helped them beat the Cavs at Tim Hortons Field last time out, and they hope to continue that momentum on the West Coast this week.

“As a coach you learn to live those moments,” Smyrniotis told reporters on Friday. “Those three and a half years, there’s probably about 25 games or so between playoff games, Concacaf games, Canadian Championship games that are basically win-win situations, so you learn to approach them, you try to get that experience from there.”

Will the Hammers rise to the top of the pile? pic.twitter.com/Wcg4JXW9Wi

Both teams will be without key pieces for this game as Forge captain Kyle Bekker and Pacific defender Amer Didic are serving suspensions. Beyond those two, however, both parties claim to have good health. To forge finally recover defender Daniel Krutzen after his long-term ACL injury, most of their squad are therefore fit to play – Chris Nanco is still not quite ready, and Rezart Rama and Aboubcar Sissoko are day to day with shots picked up at the weekend. end last. The Pacific, meanwhile, have a full squad without any major injury issues. They will, however, remain without midfielder Manuel Aparicio, who recently learned that his red card suspension will in fact extend to this game.

The overall history between these two teams sways quite heavily in Forge’s favor – nine wins in 12 meetings – but recently, Pacific might have more to boast about. Of course, the Tridents beat Forge 1-0 in the CPL Final last December to dethrone the hosts and claim their first trophy, then they won again in this rematch to start 2022 in April. The only game between them since the start of the season, however, came at Tim Hortons Field in June, when Forge dominated en route to a 3-0 victory.

Games between these teams are usually entertaining with plenty of attacking football. As the stakes rise now that the season is coming to an end, expect another one-game cracker to close CPL Week 24.

“We need three points, we need to win games and we need to play on the front foot. We have to play as we can and be at our best in these five matches. It starts with this one. — Pacific head coach James Merriman

“We know that if we can do business and win a few games, we have a good chance of finishing at the top. The most important thing is just three points on Sunday, and we will say the same on Monday after, regardless of the results. – Bobby Smyrniotis, Forge Head Coach

Cash Advance Apps vs Payday Loans: Which is Better?