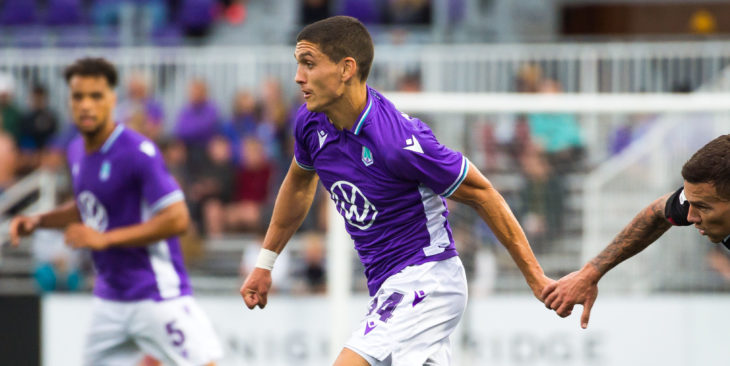 After helping his team to two wins in less than seven days, Pacific FC midfielder Manny Aparicio was named CanPL.ca’s Player of the Week for the CPL’s final round of games.

Aparicio played all 180 minutes of both Pacific games last week, which had a huge impact on wins against FC Edmonton and Cavalry FC. Against the Eddies, he was a dominant force, both winning balls and creating attacking opportunities for his teammates. On Thursday, in a key game between two teams battling for first place, Aparicio was perhaps even better, again leading his team in duels but also looking to attack goal.

The 25-year-old was rewarded for that instinct late in the game at Starlight Stadium, when he slashed from the left flank and unleashed an incredible strike to bring the score to 3-1 and put the game to bed for Pacific ( and therefore shoot in the first place of the CPL).

Last night, Manny Aparicio ‘d @PacificFCCPL at the TOP of the #CanPL ranking with this sublime move, delivering a 3-1 victory over @CPLCavalryFC at Starlight Stadium!

Aparicio is the first player from the Pacific to win the title in 2021, although teammate Marco Bustos was the league’s player of the month in July.