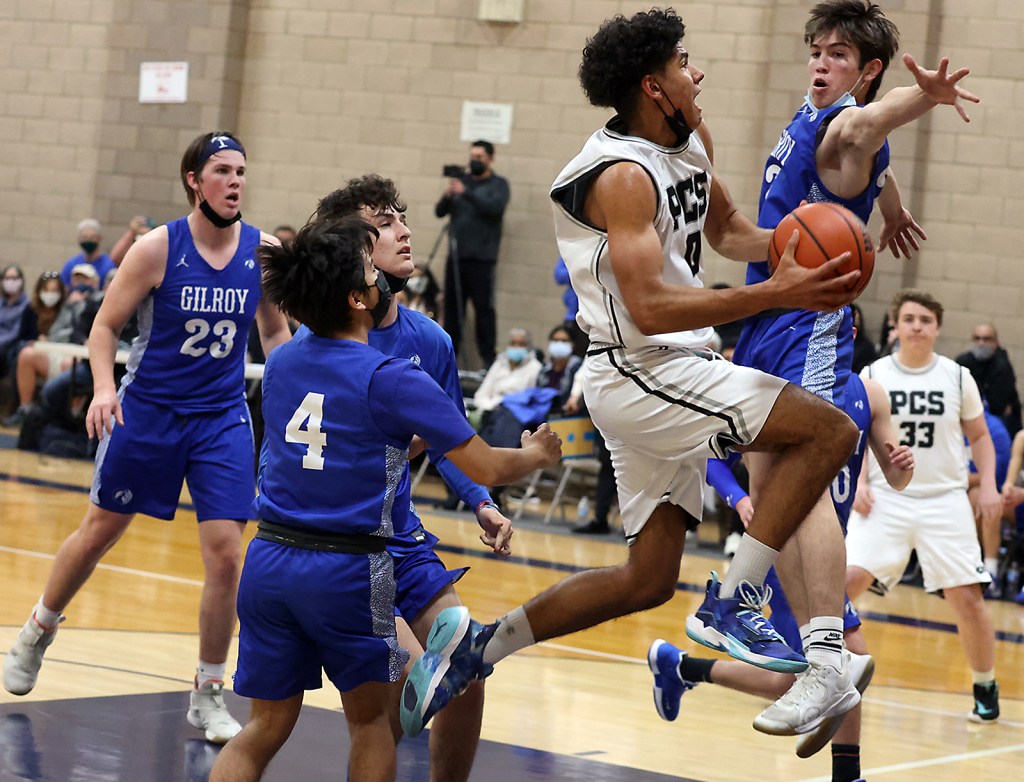 The Pumas led 19-6 after the first quarter and remained in control for the rest of the game.

Buckley and Malachi Douyon led PCS with 20 and 19 points, respectively.

Andrew Hubbell added 10 points for the Pumas (14-4, 7-2), who face North Salinas at Holy Cross in their regular season finale Thursday at 5:30 p.m.

Watsonville 46, at Marina 33: Richie Ortiz scored 12 points and the Wildcatz went undefeated in the PCAL Santa Lucia Division on Monday.

Cabrillo 79, Napa Valley 78: The Seahawks won for the sixth time in their last seven games by defeating the Storm in non-conference action on Monday.

Monterey 40, in Saint-Francois 27: The Sharks lost their PCAL Cypress Division game on Monday.

At UC Santa Cruz 100, Lincoln 58: Amanda Inserra scored a career-high 30 points, and the Banana Slugs scored 100 points for the second straight game as they won at West Field House on Sunday.

Inserra were 12 of 14 to shoot from the field, including 6 of 7 from beyond the arc.

Less than 24 hours earlier, UCSC scored a school-record 117 points in a win over host La Verne.

Ashley Kowack scored 17 points, Divine Taylor scored 10 points in 14 minutes off the bench, and Kaylee Murphy had four points to go along with team highs of 12 rebounds and six assists.

The Banana Slugs (13-2) play a pair of huge Coast-2-Coast conference games in Fredericksburg, Va. this weekend. They will face Christopher Newport (19-0), the national team ranked No. 1 in NCAA Division III, on Saturday at noon, and Mary Washington (15-6) on Super Bowl Sunday at 10 a.m.

Coaches are encouraged to report scores and highlights to [email protected] after games. Please include your name and contact number in the email.