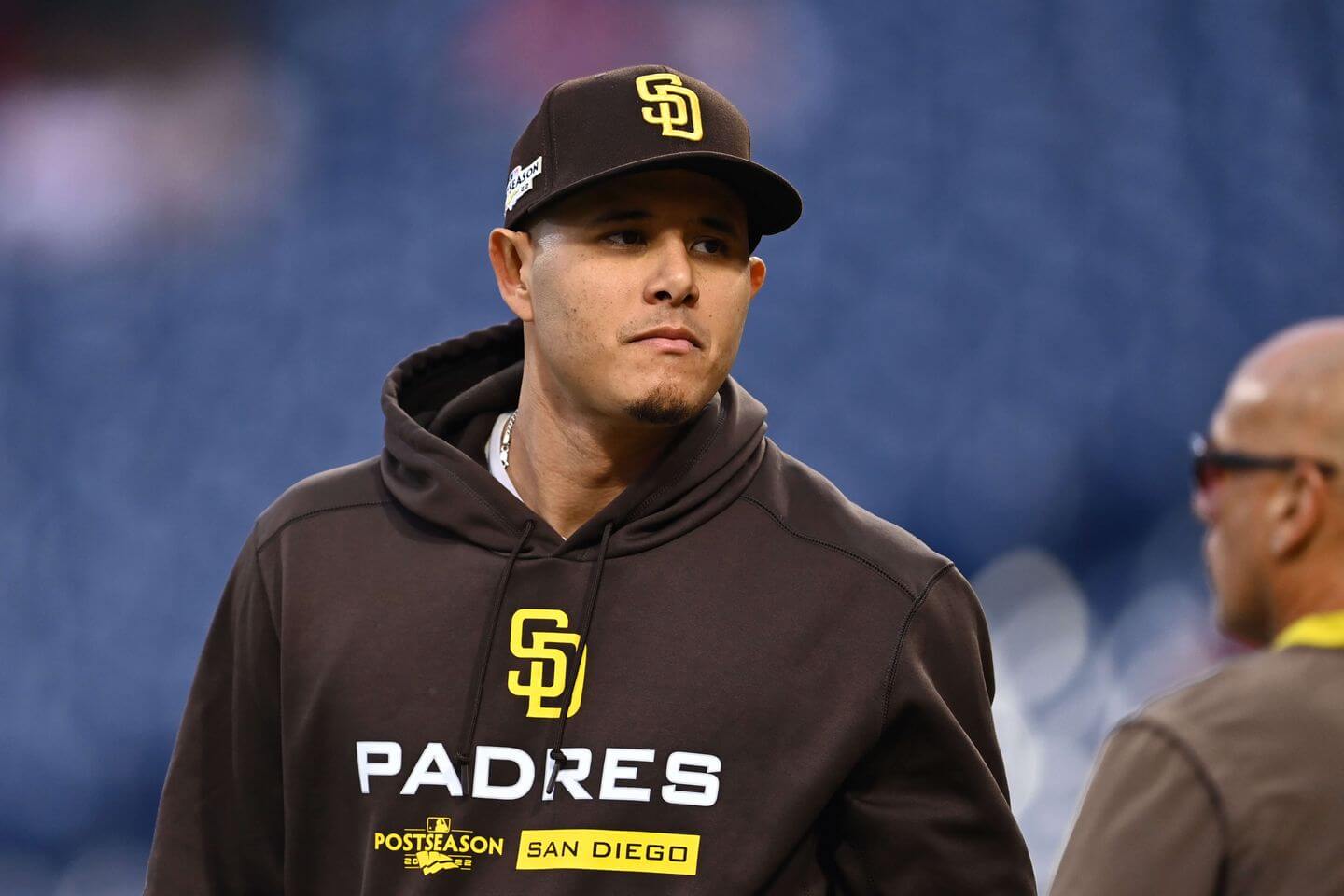 The Phillies’ first man (Schwarber) hit another gargantuan home run, sending a timber scout into the forest at Citizens Bank Park in dead center field. It was in the sixth round.

No. 3 hitter JT Realmuto finally made his first out-of-the-park homer into his postseason repertoire. It was in the seventh inning.

But those were two home runs that “only” added to the lead after the Phillies grabbed it for good in the fifth inning. It was No. 2 hitter Rhys Hoskins who played the role of the Padres’ dream crusher — with two long balls that served as thunderous responses to the Padres’ huge rallies staged moments before.

After the Padres hung that “four” on the board at the top of the first, Hoskins threw Clevinger’s 10th pitch of the night deep into the lower left field deck. It was more than a two-run homer. It felt like Steph Curry nailing a 35-foot three-pointer four seconds after a LeBron dunk.

Then Hoskins did it again in the fifth inning. Juan Soto’s two-run homer had just put the Padres back in the lead. And faster than you could say, “fish tacos,” Hoskins had pumped another two-run homer across the Philadelphia skies. This game was tied and the Padres would never lead again.

So what’s so weird and wild about all this? Here’s what.

They did the 1-2-3. It’s not every day that a team’s 1-2-3 hitters hit home runs in a postseason game. In fact, if you’re talking about Phillies history, it’s not new.

It was the first postseason game in franchise history where this happened. But that, too, isn’t really the Weird and Savage part — because until Saturday, the Phillies had never even had their 1-2-3 hitters all at home in the same postseason series, not to mention the game! But then they all did it, in the middle of that game, on an 11-battering stint, because…baseball!