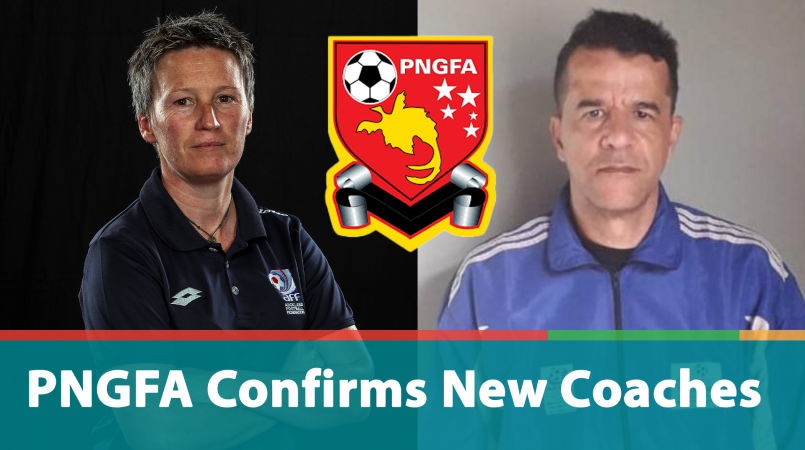 PNGFA General Secretary Pius Letenge has confirmed the appointment of the two coaches as PNGFA begin preparations for their World Cup campaign which begins next year. Both coaches are expected in the country shortly once their relevant travel documents are in order.

Gusmao’s main job is to be the head coach of PNG Kapul for the 2022 OFC World Cup qualifiers in Doha, Qatar in March 2022. He succeeds former coach Fleming Serritslev, who is now in charge of the Fiji men’s soccer team.

The Brazilian coach will officially take charge of the preparations for the national team once he arrives in the country and name the last 23 players for the trip to Qatar before the end of the year.

A regular in Papua New Guinea, Gusmao already served as head coach in 2014 under David Chung. Gusmao has been well informed of the national team preparations and player match performances through live broadcast NSL matches and updates provided by Letenge; therefore, should be in a good position to settle in quickly and perform his coaching duties upon arrival in Papua New Guinea.

Gusmao has said he wants to build a strong squad for Qatar’s qualifying game.

â€œI want to work with young people who can continue with the national team. What they learn today can prepare them for the challenges of tomorrow, â€he said.

The Brazilian mentor said he wanted to see PNG play more amicably at home and abroad if the COVIED-19 protocol can be relaxed for the national team’s preparation for the World Cup qualifiers to fly for Qatar qualifiers.

Women’s coach Nicola Demaine is currently the U14 Girls Head Coach with Football Queensland. She coached the PNG women’s under-15 team at the 2014 Youth Olympics.

Until recently, Demaine was also the Director of Sports at James Cook High School and the National Women’s Head Coach of the Samoa Football Federation.

She has also been a FIFA Coaching Instructor and Head of Women’s Football Development with the Oceania Football Confederation. Demaine previously worked for the Auckland Football Federation as well as other clubs such as Papkura FC and Ellersile AFC, both in Auckland.