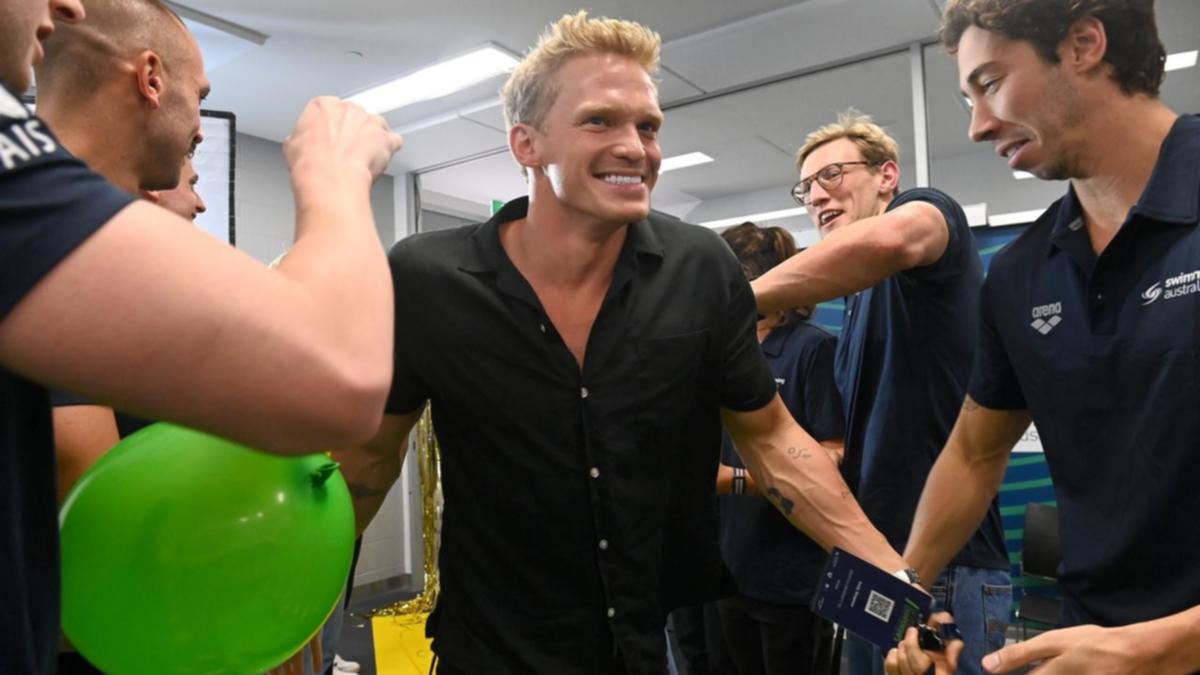 Four years ago, Cody Simpson was a pop star singing for the Queen at Buckingham Palace.

His royal performance of I Still Call Australia Home was linked to the 2018 Commonwealth Games on the Gold Coast, his hometown,

“Because I’m from the Gold Coast, they made me sing I Still Call Australia Home at Buckingham Palace for the Gold Coast Games,” Simpson said.

“If you had told me four years later that I would swim at the next one…it’s funny. You have to take it all at your own pace, I guess.”

Simpson will compete at this year’s Commonwealth Games in Birmingham after making his first Australian swim team.

The very thought amazes the 25-year-old.

Simpson’s mother, Angie, and father, Brad, both swam for Australia at the 1987 Pan Pacific Games and the 1994 Commonwealth Games respectively.

The same year, he published a few songs on YouTube and was discovered by an American musical director.

His family moved to Los Angeles in 2010 and Simpson became a global pop star who also appeared on Broadway and numerous American television shows.

In 2019, Simpson returned to the pool with the possible goal of competing in the 2024 Olympics. Instead, he’s a dolphin now.

“If you told me two years ago that I would be here (in the Australian swim team) soon, I wouldn’t believe you,” he said.

“I’d probably punch you in the face and tell you you’re dreaming.”

Simpson said his selection for the Commonwealth Games, where he will swim the 100-metre butterfly, was “a testament to the past two years” of intense training.

“There were ups and downs and I had my doubts,” he said.

“I’ve had good weeks and really shitty weeks sitting in my bedroom wondering if I was in over my head or dreaming too big.”

All along, he converted his pop star skills into swimming.

“Everything is similar in a sense,” he said.

“It’s about having eyes and ears on you and having expectations of you and certain pressures to get a certain result.

“It’s like a similar kind of stimulus for your brain. And you get used to being able to get up and do it and be calm and steady under certain conditions.

“And that’s what I learned to do throughout my childhood, growing up and playing in front of people and singing in front of the Queen and doing all those things.”