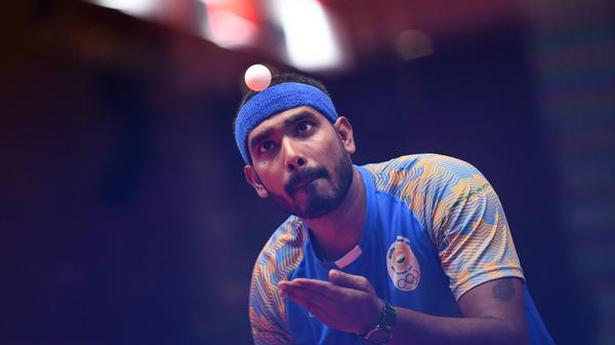 The appointment of a worthy foreign coach is “the top priority” for Sharath Kamal among recent suggestions to the Indian Table Tennis Federation.

The national team is without a foreign coach after the 2018 Asian Games.

In the context of player representation regarding national training camps, national events and the appointment of a coaching panel, most of Sharath’s suggestions have been given the green light from TTFI.

â€œI discussed these points with the TTFI and they agreed on almost every point. They also respond to requests for training camps. They assured that the national camps would be in a convenient location, â€said Sharath.

â€œIdeally, we need a panel of three coaches. The assistant head coach’s job should be to look after players under 19 and under 17. A third coach should not only help the assistant head coach, but also identify talent and train under-17 and under-15 players. This system should encourage a constant flow of players from the junior and junior ranks to the men’s and women’s teams, â€explained Sharath.

Of the requirements for the national camps, Sharath said: â€œThe camp, with a minimum of eight players – including two training partners in each section except four coaches – should be in a location where the players have access to gym and floor facilities, air-conditioned rooms with adjoining bath, recovery center (sauna / ice bath) under the supervision of a qualified doctor.

Sharath also expressed concern over the busy schedule leading up to the World Championship in Houston from November 23-29.

“Consider this. Players like G. Sathiyan, Archana Kamath, Sreeja Akula, Harmeet Desai, Manav Thakkar, among others, have been playing since August 15. After the national camp, some of them went to Doha for an event. WTT (September 20-25) Then they play the Asian Championship (Sept. 28-Oct. 5).

â€œIn the next fortnight, there could be an all-Indian (North) ranking event that will be good to test our preparation before three WTT events between October 24 and November 14 (one in Tunisia and two in a row in Slovenia ). Then we have a pre-camp project at the Indian Community Center in Calif. Before heading to the world championship from November 23-29.

â€œAs you can see, there is a very brief period after the Asian Championship that players can go home, before the proposed North Zone ranking event. I hope the TTFI will keep it that way. . We, the players, need time to recover, â€he urged.