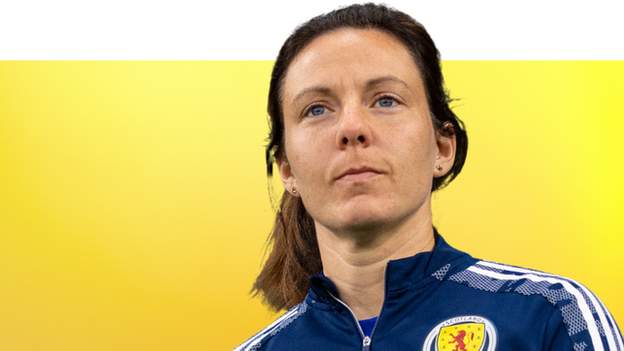 The start of this week felt like a psychological shift.

Aston Villa’s pre-season is over and the routine is preparing for these two matches with Scotland.

After the short summer break, getting back to training is normally my favorite time. I brutally enjoy the conditioning and strength work that rebuilds you, and before we get called back into our club environments, I find the training alone also helps reset me mentally and emotionally.

My body also appreciates being able to restore itself. The mileage over the years adds up, and a few of the nasty pains get a little more TLC.

Where we are staying in the Netherlands is relatively remote. Free time was spent on the terrace having a coffee or on an ottoman in the designated relaxation room. During the first few days I also gave Lee Gibson a lesson in table tennis and she hasn’t wanted to play since.

As has already been documented, we have an additional special team member with us on this particular trip. It was amazing to have Emma Mitchell here with her baby, and it’s something everyone on the team loved.

It changes perspectives in the perfect moments. At mealtimes we see Innes, which lifts our spirits and brings a natural smile. She is so cute and behaved incredibly well!

It’s also great to have Fi Brown back. Her recovery from a knee injury has been inspiring and she told me earlier that this time last year she thought her whole career might be over. Just having her knock on the door looking for a chat and a cup of tea was great again.

“The success of England has strengthened our motivation”

We know that we already have a World Cup play-off spot in the bank, which makes it extremely important to maximize everything in this camp to prepare for the crucial games that await us next month.

This motivation was no doubt reinforced by the fact that many of us endured England’s success at the Euros, which we sorely missed out on due to the last disastrous qualifying campaign.

All players will be ready and know what is needed to play. This might actually be one of the first opportunities where the team hasn’t been limited by a bigger injury list and the manager has had virtually everyone at his disposal.

I haven’t played against the Netherlands for years and since we last met they have become one of the most successful international teams, winning the Euros in 2017 and finishing second in the 2019 World Cup in the States -United.

The requirements to pull everything from each other will be crucial in giving us the best chance when we get to that play-off, and the group of players here are already committed to that.

For me, the prospect of those two games helped the final weeks of the preseason pass, and now is the time to start.