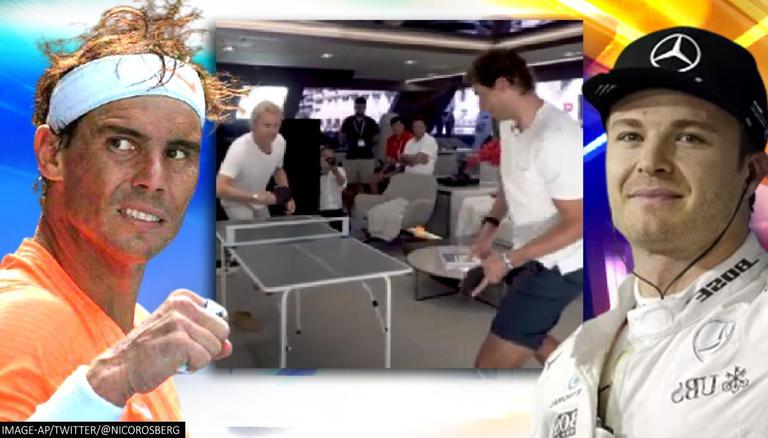 Spain’s tennis star Rafael Nadal may have missed most of the 2021 season with an injury, but he’s certainly not out of touch with his hand-eye coordination, as he demonstrated in a recent one. video shared by former Formula 1 driver Nico Rosberg.

On his own yacht in Monaco, Nadal played a “ping-pong” match against Rosberg, which the racer jokingly called the “World Ambassadors Cup”. In a video uploaded by Rosberg, the 20-time Grand Slam champion can be seen competing in a five-point table tennis encounter with the German-Finnish driver.

The video shows Rosberg taking a fast forward. The Spaniard, meanwhile, made a comeback and tied the score at 1-1 as Rosberg failed to pick a shot from the Spanish legend. Rosberg resumed his lead as Nadal hit a shot out of the legal zone again. Nadal then scored two consecutive points to win the game 3-2.

As for Nadal, the 35-year-old has not played a professional tennis match since his withdrawal from Wimbledon earlier this year. Nadal then missed the Tokyo Olympics with a foot injury. Nadal also did not participate in the recently concluded US Open.

Nadal is expected to make a full recovery before next year’s Australian Open and will likely make a comeback. Nadal hasn’t won an Australian Open title since 2009 and he will certainly look to change that once he gets on the pitch in 2022.

Meanwhile, Rosberg retired from auto racing in 2016, five days after claiming his first world championship title. Rosberg had expressed his wish to spend more time with his family while announcing his retirement after winning the 2016 Japanese Grand Prix. Rosberg became the first driver in over 23 years to announce his retirement as the defending champion.

Will a World Cup every two years divide football?