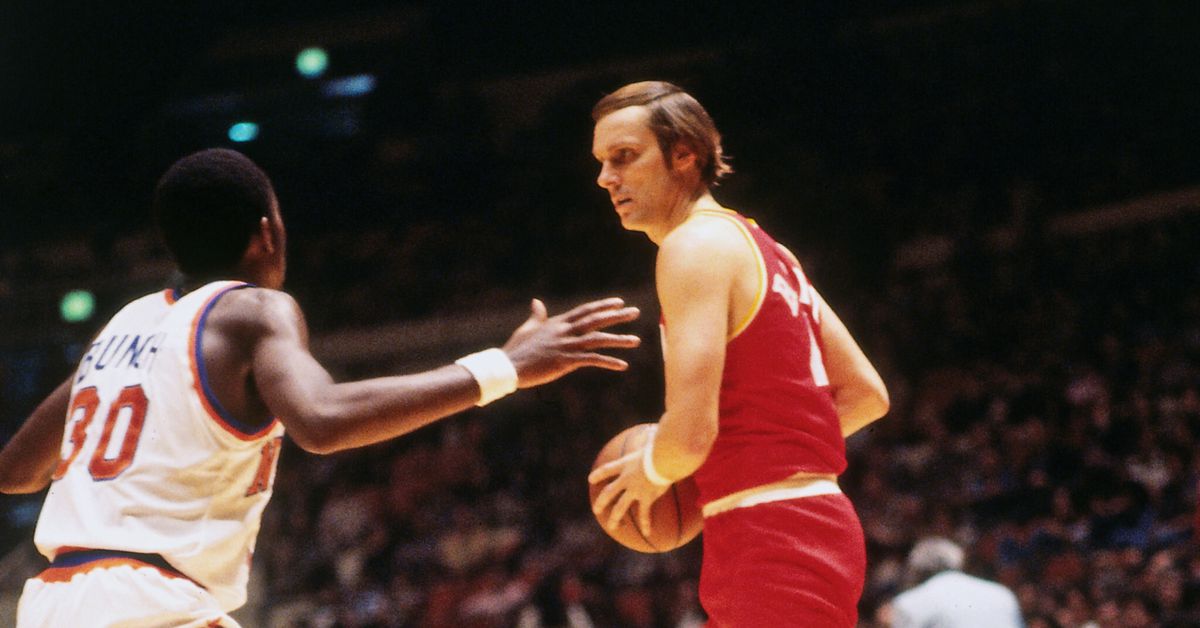 I didn’t know what to expect from my next phone call with Rick Barry. Mike Dunleavy, his former teammate, once said, “You could send him to the UN, and he’d start World War III.” It wasn’t exactly a ringing endorsement, but you can’t judge a person until you meet them yourself.

After a 30 minute chat with Barry, what I can say is that he is very honest and upfront. Although we were talking on the phone, I felt like I had bumped into the retired star at a local supermarket. Along with his authenticity came logically grounded opinions, thanks to family and friends, and an undying competitive spirit.

For those who aren’t in the know, Rick Barry is undeniably one of the greatest players in basketball history. The Hall of Famer’s many accolades include 8 NBA All-Star selections, 4 ABA All-Star selections, an ABA Championship in 1969, and an NBA Championship in 1975. Additionally, Barry is the only player to lead the NBA, ABA and the NCAA. in points per game for a season.

A little known fact is that Barry ended his playing career as the Houston Rocket. During that time, Barry averaged a career-best free throw percentage and set an NBA record for most three-pointers made in a game.

His arrival in Houston began with a contract dispute with the Golden State Warriors front office.

I could have stayed with the Warriors. It’s up to them to insult me. Owner Frank Mieuli was away on a family trip and Scotty Sterling, the General Manager, was sitting there saying to me “Rick, I can’t believe you would let this business blow over $10,000”. I said ‘Man, you have it upside down. I can’t believe you’re gonna let me go over $10,000”. It has become a matter of principle. I didn’t really want to leave.

Another major factor in Barry’s free agency decision was the possibility of winning a championship.

I picked the Rockets because I thought I was going to play with a team that had a shot at the championship, which included John Lucas, a point guard. Much to my dismay, GM Ray Patterson gave the Warriors compensation for my time at the Rockets and it was John Lucas. If I had known that, I probably wouldn’t have left. However, I’m glad I had the opportunity to play with so many great players, like Moses Malone, Calvin Murphy, Rudy Tomjanovich, Mike Newlin, Robert Reid, Mike Dunleavy and Dwight Jones, to name a few- one.

In a shocking revelation from the legend, he reveals his playing career was about to stretch into the 1980s.

I was going to play for the Boston Celtics. To save money, in 1980 the league reduced the roster spots from twelve to eleven. If that hadn’t happened, I would have been a Boston Celtic.

What Barry is most recognizable for is his devious free-throw technique. With this form, Barry led the NBA in the highest free throw percentage for six seasons. His accuracy only improved later in his career.

In my last two years with the Rockets, I shot over 94%. I have never been satisfied. I’m always trying to get better, and I’ve gotten better… There’s not a lot in life you can do where you can be better as you get older.

When asked if more NBA players should adapt his free throw shooting form, he highly recommends the technique for low percentage shooters.

Absoutely. So many guys shoot so badly. I don’t know how they let their ego get involved. Who cares about your appearance? What difference does it make what you look like? That’s the whole idea of ​​the game: you score as many points as possible, as efficiently as possible. Is your ego going to keep you from being better at something you should be good at to begin with? It’s stupid.

Ultimately, if you don’t shoot 80% from the free throw line, you’re not a good free throw shooter. It’s so simple. It comes from me. Go, same size ball, same size basket, same distance every time, without anyone trying to stop you from doing it. You should be ashamed of yourself if you can’t make four out of five shots.

Barry’s youngest son, Canyon, is a user of his father’s trademark move. Canyon Barry, currently signed to a deal with G-League affiliate team the Minnesota Timberwolves, reaffirms the evidence that the method works.

He is an excellent sneaky free thrower. One of my sons decided he really wanted to do it and he shot 90% before. He was overseas in China averaging 30 points per game on 50/40/90. Last year, in the shortened G-League season, he shot 100%. He’s an exceptional free-throw shooter and he’s mastered the technique.

Besides free throw styles, Barry has been critical of the way the game of basketball is changing in the 2020s.

There are too many one-on-ones. If more teams play like the Warriors, it would be a lot more fun to watch. You might call it old school, but that’s how the game was designed to be played, the way it’s more fun to play and more fun to watch if you really understand the game. So I’m not really a huge fan of anything one-on-one. Probably the biggest example of all is a few seasons ago when James Harden was in Houston. It was crazy. A guy had the ball for 20 seconds on the 24 second clock.

With three-point shooting becoming such a vital part of today’s NBA, Barry was also asked if any changes needed to be made to distance.

No, it’s still a blow. There aren’t many guys shooting 40% from there. They get better because they work at it. You just gotta learn to play better defense. But sometimes you live and die by the three-point shot. The Warriors lost a championship to three-point shooting when they faced Cleveland in Game 7 at home. The last four minutes, or whatever, they only took three-point shots. It cost them a championship. If used correctly it’s a great weapon, keeps things exciting and gives teams a chance to catch up if they’re falling behind. So I think it’s good, but like anything else, if you overuse it, then it doesn’t get that good.

A surprising fact about Barry is that he was never offered a coaching job in the NBA.

I coached in the minor leagues. They would never let me coach in the NBA. I never had a legitimate interview. They were all scared of me because they knew they weren’t going to control me, that I was going to do things the way I wanted them done. They missed because I think I would have done a good job.

NBA legends typically have no problem finding coaching jobs, and in most cases, they don’t replicate the same success from their playing days. Barry explains why he would make a great candidate .

They didn’t give me the chance to do that because I’ve always been a stubborn and outspoken person and they were afraid of me. It’s stupid because I would have signed a one-year contract. They keep signing three or five year contracts with guys, fire them after one or two years and get stuck with all that money. They wouldn’t have had to do that with me. Shit, give me a year. In fact, if my team were doing poorly during the season and not living up to the standards that I think we should be playing, I would probably quit out of embarrassment.

With the number of teams suffering from rebuilds, including the Houston Rockets, it’s hard to believe that none of them would benefit from Rick Barry as a coach.

At 77, Barry has found a new passion in pickleball. The sport is described as a combination of badminton, table tennis and tennis. Barry’s competitive nature carried over to this new outlet, winning six major titles during his pickleball career.

Always at a high level of athletic performance, Barry praises the GO Sleeves for their reliable knee and calf stability. Use the code ‘RB24’ on www.gosleeves.com to benefit from a discount on the various products on the site.