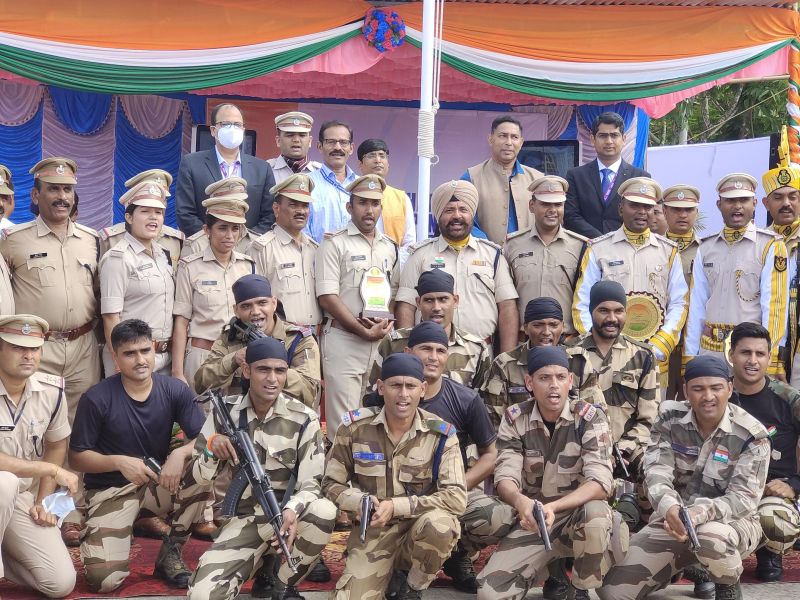 Mangaluru: Mangaluru International Airport embraced the spirit of independence by observing the 76th Independence Day in a setting overflowing with patriotism. Live demonstrations of the prowess of CISF’s CISF airport security group, cultural events by airport staff and the distribution of prizes to the winners of the sports competitions organized as part of the event marked a warm sunny day in the airport.

The energetic troika led by the experienced Jack and comprised of Julie and Goldie, the CISF’s affable sniffer dogs, melted the hearts of the gathering with their keen sense of obedience, refusal of food and crossing the course of the fighting with dexterity and ease. Earlier, Jack, the dean of the canine team, wowed everyone by handing a basket of flowers to Kishore Alva, the main guest with grace and aplomb.

A demonstration of reflex fire simulation by the CISF Weapons Training Wing provided an overview of their abilities to deal with adversaries in all combat conditions. The professionalism shown by the commando team in dealing with armed threats to the safe zone and neutralizing similar incursions from the city side brought down the curtains on a captivating display.

The cultural program featured dancing to patriotic foot-tapping numbers. The well-timed movements of the dancers saw the audience cheering enthusiastically. The winners of the sports events – carrom, table tennis and shuttle badminton received prizes from the guests. Previously, vehicles critical to the operation and safety of the airport have been given a drive-by demonstration on airport premises.