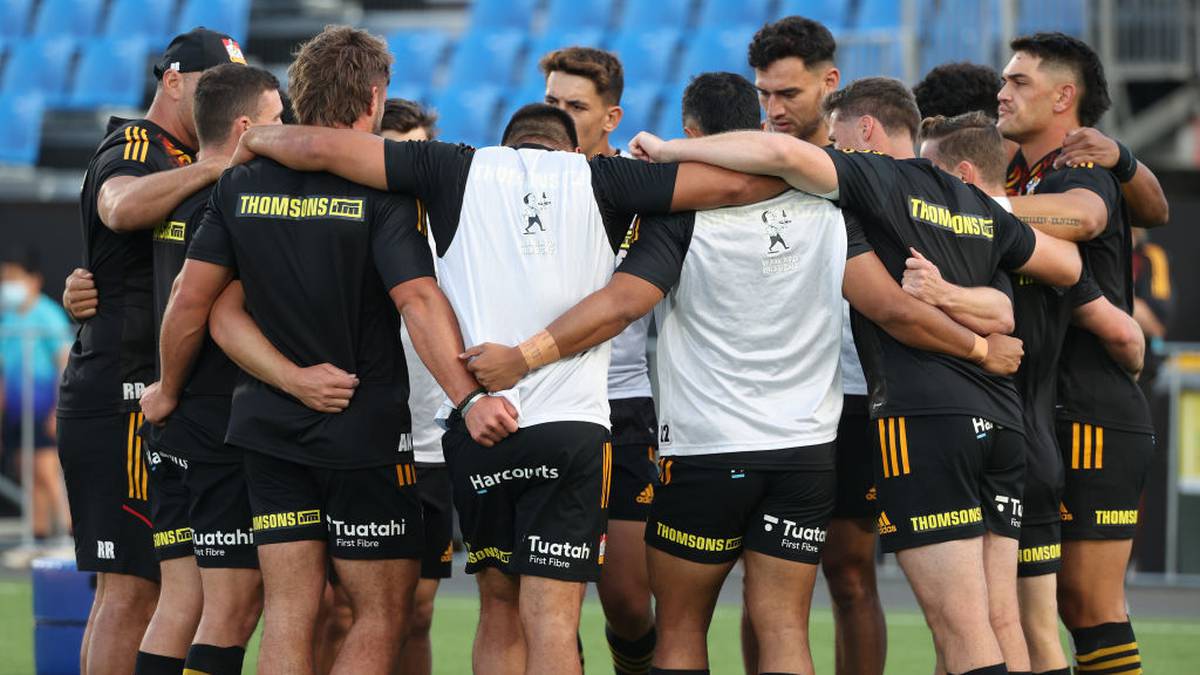 The Chiefs gather to warm up during the Super Rugby Pacific fifth round game between Moana Pasifika and the Chiefs. Photo/Getty

Chiefs manager Clayton McMillan is confident the club will field a squad this weekend despite being hit by a second wave of Covid-19 in the squad.

The Chiefs host the Force in Hamilton this Saturday after coming back from a last-minute win over the Rebels in Melbourne on Sunday.

McMillan told NZME that around eight or nine players are currently infected with Covid-19.

“I’m not free to point out individuals, but there’s definitely a second wave coming through our environment that is having a significant impact on availability and selection. It’s players and management. And just to be clear, it’s also anyone who hasn’t ever been infected.

“We, like most teams, had a good chunk of our squad that got it at the start of the season and another 10 or 12 that for one reason or another just didn’t seem to get it. while everyone else has. There are now a number that have, I think we’re probably seeing similar things happening in the community.

“It is what it is. It presents another challenge. We just have to embrace it and move on.”

McMillan is confident the Chiefs will still field a full squad on Saturday.

“One hundred percent confident at this point. We would need something big enough not to field a team. So no dramas.”

The Chiefs are vying for a possible quarterfinal berth at home with two games left in the regular season. They currently sit in fourth place, three points behind the Hurricanes and Waratahs.

This Saturday is their last home game before traveling to Suva to face Fijian Drua.