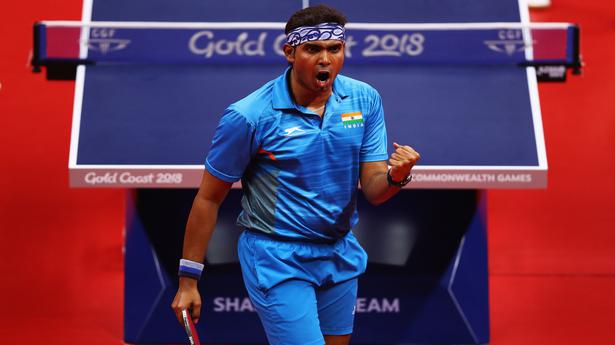 Table tennis at CWG 2022: Indian team on a mission after troubling build-up

There are no signs that India’s love affair with Sharath Kamal is ending any time soon.

The 40-year-old had a remarkable run at the Commonwealth Games, winning eight medals for the country: four gold, one silver and three bronze. For his fifth Commonwealth Games, Sharath has spared no effort to try to ensure India put in their best performance ever, but recent controversies over the selection process ahead of the event have taken their toll on players who he feels has affected the team’s preparations.

Sharath, conservatively, puts the medal count at three in the events he will compete in.

“Now I would expect three medals for me. In the men’s team, a bronze medal, and in the men’s doubles, a silver medal, at least for me and G. Sathiyan. In men’s singles, I I will be seeded fourth. I will give myself a chance to win a medal. Regarding my duo with Sreeja Akula in mixed doubles, there is a small chance of a medal because we haven’t played much together in tournaments “, he estimated.

Asked about the chances of the women’s team, Sharath said: “Manika (Batra) has a good chance of winning a medal in singles. The women’s team is stable and the players have good international experience. Let’s hope for the best,” he said.

Sharath said the team failed to live up to his expectations as there was no time for preparations with all the controversies surrounding the sport. “In terms of team cohesion, it has been a bit difficult with all the chaos going on (Indian Table Tennis Federation suspension and court cases over selection issues). The final announcement of the team at the Commonwealth Games didn’t take place until June.Yes, we should have had more camps.The Board of Trustees did the best that could be done.

Having experienced many ups and downs in his career, Sharath said if he did his part of the job professionally, the rest would fall into place. “I realized that if I do my job properly, everything will be fine. I don’t have to get involved in the chaos,” he said.

Over the years, Sharath has learned to maximize her potential by focusing on her fitness routines off the table. There are only a handful of players around Sharath’s age at world level who possess the ability he has, and Sharath knows the importance of the Commonwealth Games for India. “It gets harder each time. The Commonwealth Games are important in that we will get more funding based on the number of medals we win. For me, it’s an additional responsibility [to lead the team and do well myself]. We are focused. I know the expectations are very high and that creates pressure. I am keen to deliver, despite the pressure,” he said.

Sharath’s own success at the Commonwealth Games continues to amaze him. He remembers: “I would never have thought that in 2006 [Melbourne Games] I would be able to do so well (he won singles gold for the first time and the Indian men’s team won gold). When I think back to the Delhi 2010 Games, I would say I was at my peak. From then to now, it’s been a long time. The only constant is that I always play well,” he said.

Sharath recalls the day of the men’s singles final between himself and Australia’s William Henzell in 2006. “Winning the gold medal in singles was a defining moment for me and Indian table tennis. The team was quite young. The entire Indian sports contingent and Indian Olympic Association officials were there to watch my game. In the end, when I won the gold medal, it was a great feeling. In 2006, I believe table tennis got the recognition it rightly deserved,” he said. Up: Sharath Kamal and Subhajit Saha celebrate after winning gold in the men’s doubles at the Commonwealth Games in New Delhi in 2010. medals,” said Sharath. | Photo credit: PTI

Sharath recalls the 2006 men’s team final against Singapore. “We weren’t the dream team. They had Yang Zi, who was then ranked in the top 40, while the Indian players were ranked in the 120-130 range. The gold medal in the men’s team event gave us a lot of confidence,” he said.

At the 2010 Delhi Games, Sharath felt India had done well, winning five medals despite the pressure of playing at home. “I believe table tennis rose to prominence at the Commonwealth Games in Delhi and made everyone believe that India can bet on table tennis for medals.”

READ ALSO – The CoA is transparent and democratic, according to Gita Mittal

The 2014 Glasgow Games, where India won just one silver medal in men’s doubles, was “the low point”, according to Sharath. “In men’s singles I finished fourth and in the men’s team [event], we finished fifth. It was a big disappointment,” he said.

Explaining the bad show in Glasgow, Sharath said: “After the 2010 Games there was a crisis due to scams and scandals. In addition, funding has become an issue. There was no coach for almost two years. We were trying to cope. We had a coach close to the Commonwealth Games and that didn’t help our cause,” he explained.

Sharath felt the team was at its best at the 2018 Games in Gold Coast, winning a record eight medals. “I would say the 2018 Commonwealth Games was a watershed moment for Indian table tennis. The composition of the team was good as they had the right mix of young and old. team. Our foreign coach Max (Massimo Costantini) had come back. He helped us get the right visibility and the right funding. It helped us a lot,” he said.

With the experience of Sharath, the vigor of Sathiyan and the women’s team led by Manika Batra, the Indian team would be eager to do well. But it may be reasonable to expect the medal count to be lower than at the Gold Coast four years ago.

The Fiji Times » From the Editor’s Desk: Your July 22 briefing